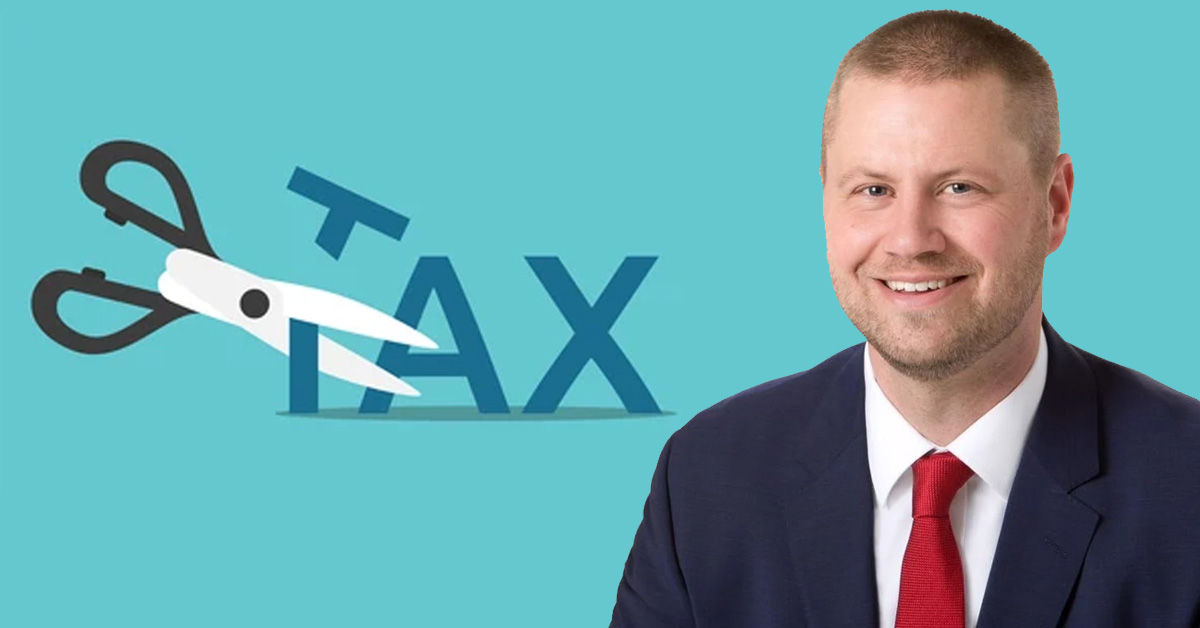 Rep Erik Mortensen introduced a bill (HF4642) on Monday that would give Minnesota taxpayers a one year tax holiday, funded by the state's record $12 Billion surplus. If passed, the bill would allow tax filers to be refunded for their 2021 taxes or opt out of paying taxes for the remainder of the year (and refunded taxes paid already in 2022). Since the surplus comes from a biennial budget, this allows taxpayers who had a drastic shift in tax liability between years to capture the larger amount back.

Is the surplus really large enough to allow a one year tax holiday? According to Minnesota Management and Budget, the state takes in $15 Billion in revenue from the state income tax per year (based on the recent biennium's numbers). Mortensen is the only state legislator calling to give back every penny of the surplus.

"If we could pass this thing, the amount of economic activity that would come to Minnesota would more than make up for the $3 Billion gap" said Mortensen. "On top of that, we keep learning that the surplus is growing every couple months. Let's make Minnesota an attractive place to do business and finally give back the surplus to its rightful owners - the taxpayers." 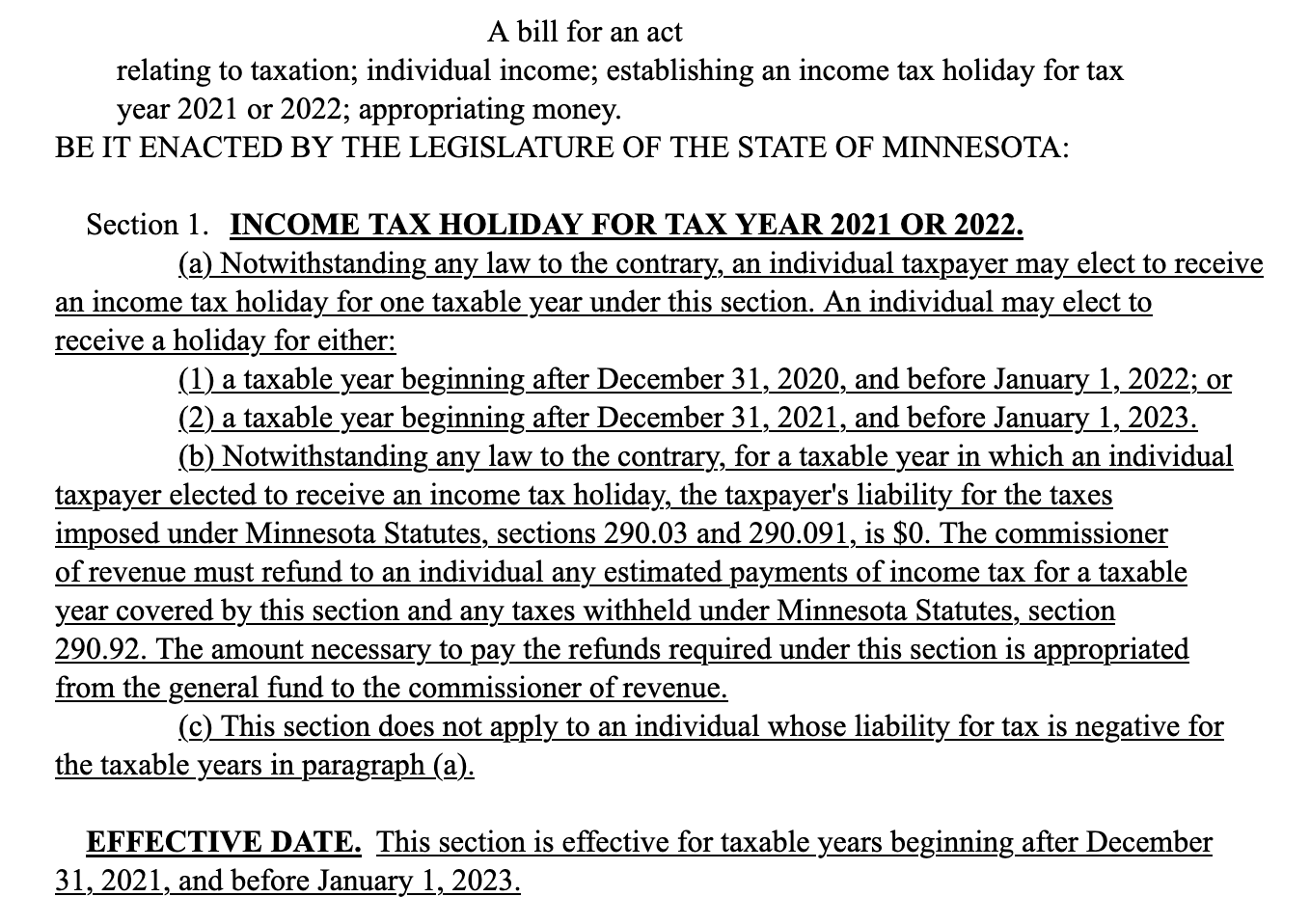