Unfortunately, the Political Class on both sides of the aisle helped kill the bill. That means your Republican Legislator would NOT stand for the issue you care about. Worse yet - they likely fed you a bunch of BS and say they support stopping vaccine mandates.

But we're four weeks into 2022 Legislative Session and so far only Rep Erik Mortensen has attempted to force a vote on the bill. All he needed was for 15 other Republicans to join him in raising their hand to provide a recorded roll call vote. Without those hands, voters have no idea how a legislator votes and essentially kills it. This is the tactic that the  Political Class uses to kill pro-liberty legislation.

Only Reps Drazkowski, Munson, Bahr, Miller, Lucero and McDonald supported a public roll call vote on the Stop Vaccine Mandates Amendment. All the other Republicans sat by and did nothing. Here's an image of Republicans sitting by and not forcing a vote.

Here's a low resolution video from the Gallery of Rep Mortensen offering his Amendment and the refusal of most Republicans to give him hands...

More importantly, why hasn't the Republican controlled Minnesota Senate voted on Stopping Vaccine Mandates yet? They've met for four weeks now in 2022. You may remember Senators like Jim Abeler, Mark Johnson & Gene Dornink (to name a few) who told you they were against vaccine mandates. 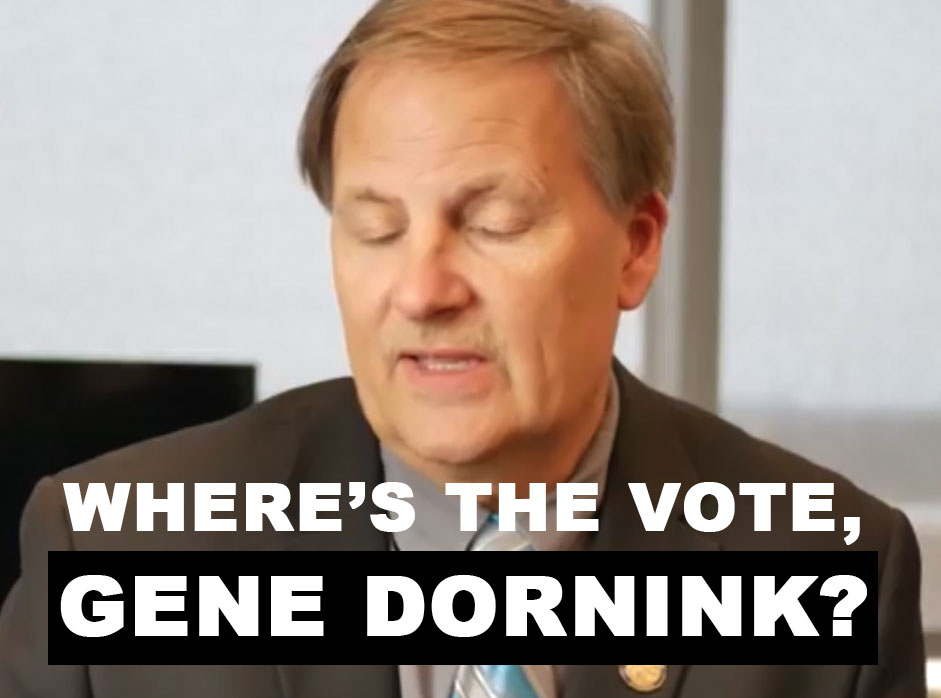 By the way, Sen Gene Dornink is carpetbagging to a district he doesn't live in to run against Lisa Hanson.

According to Minnesota Senate rules, any Senator can force a vote on a bill. Why haven't they led? Republicans are in control of that chamber.

Well, this is why I told you to go to caucus on February 1st and become a delegate. Now it's time to confront your legislator who is seeking your vote for endorsement. Tell your legislator that they have failed you and the people of Minnesota by not forcing a vote on the Stop Vaccine Mandates legislation.