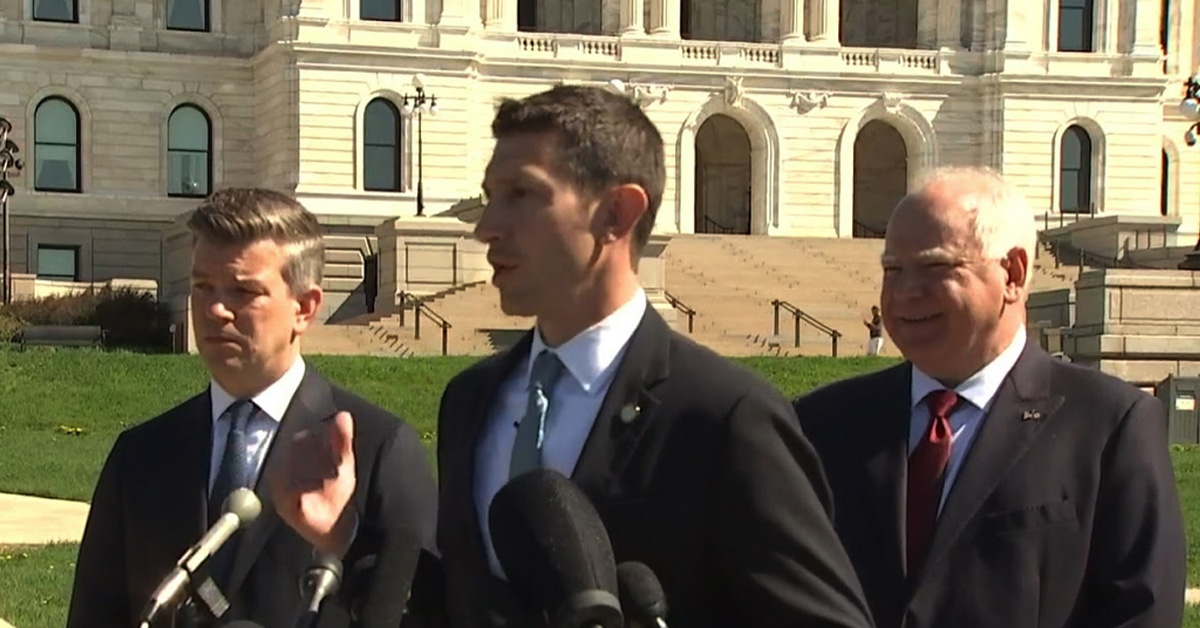 Republican Senate Majority Leader, Jeremy Miller, spoke to the MNGOP Convention on Saturday, promising conservative delegates that he would fight the radical agenda of Tim Walz and protect our surplus money. It was a bald-faced lie.

Miller held a press conference today with Tim Walz and DFL House Leader Ryan Winkler to discuss their plan to spend $4 Billion of our surplus money! Taxpayers were overcharged by $4,000 on average. The government is fully funded after the legislature passed a two-year budget last year.

Sen Miller said the GOP wanted to return the surplus to the taxpayers yet he is backing a plan that would spend it! Tim Walz praised Miller calling him a “leader of courage and vision” for compromising on a deal. Corruption does not show strength, it shows weakness.

According to Miller, this deal was finalized over the phone Saturday night (after his speech). This means he lied to the delegates in his speech and worked behind the scenes to spend our stolen money on a big government, liberal agenda. See the proposed spending below.

Surprisingly, Tim Walz seems to be the only person in this discussion fighting to return at least some of the Surplus. However, he is obviously doing that to buy votes for his upcoming election. Regardless, this money should be returned to the people paying taxes and it should be given back immediately. After all, we’re all paying the price for Biden’s inflation.

Legislators have already spent $1.1 Billion of the $12 Billion surplus. Only State Rep Erik Mortensen has not voted to spend a dime of it. The deal would spend another $4 Billion of the money and keep the remainder of the surplus in the government’s coffers for future spending.

Minnesota cannot afford corrupt politicians selling us out. It is to be expected of the Democrats but the GOP must be held accountable too. The GOP majority in the Senate needs to grow a spine and stand up for the people! Action 4 Liberty calls on Walz, Winkler, and Miller to return the Surplus and cut our taxes. The government and our taxes belong to the people, not the politicians.