Not Cowering to BLM/Antifa - Why We Revived the Hugo Rally

We will not be intimidated and we will not cower. Let me explain...

One week ago, racist agitator and DFL House candidate John Thompson made terroristic-like threats in a quiet neighborhood in Hugo, Minnesota. In front of women and children, Thompson screamed:

In response to this horrible event, Republican State Senator Roger Chamberlain and two GOP House candidates organized a rally on Saturday to show support for the police and America.

It was an excellent idea that was gaining traction around the ranks of conservative activists. Even Alpha News reported on the event to its large Minnesota audience.

But then, Sen Roger Chamberlain announced Friday afternoon (less than 24 hours out) that the event was being canceled due to "threats and the potential of violence". Chamberlain did what so many weak-kneed Republican legislators in this state often do: cower to the radical left.

It's Chamberlain and gang that caved to Democrats last year when they increased our taxes, making the sick tax permanent. And it was he and other Senate Republicans that refused to bring a vote on the Senate floor to End Walz' Emergency Powers in April and May, despite your calls and emails.

A couple sources have informed us that the call to cancel the event was the plea from House Republican leader Kurt Daudt, who likely feared negative publicity for his two candidates who were co-hosting. Why Chamberlain, who by all accounts was the one spearheading the effort, would follow Daudt's lead is a mystery to us all.

However, we at Action 4 Liberty didn't view this as just another disappointment by Republican leadership. This was different. It was the kind of cowardice that would embolden the fringe left and give BLM/Antifa power to cancel all future celebrations of our flag and country.

In some ways, it was our side's version of allowing the 3rd Precinct to fall.

Can you imagine backing down from a pro-America flag rally in a small town park? If we can't peacefully assemble, we've lost our country!

So Action 4 Liberty quickly jumped into action with our strategic partners like Michele Even of MAGASOTA (Michele was our Activist of the Year in 2019) and the excellent team with the Recall Walz group.

We all took over the hosting of the event and ensured that BLM/Antifa wouldn't win. We immediately helped promote on social media the renewed event and then fired off an email to tens of thousands of people late Friday night.

On Saturday morning, hundreds of patriotic, American-loving Minnesotans drove to Lions Park in Hugo on short notice to wave the flag and celebrate our freedom. The event was a major success and there was no threat or incident to report. 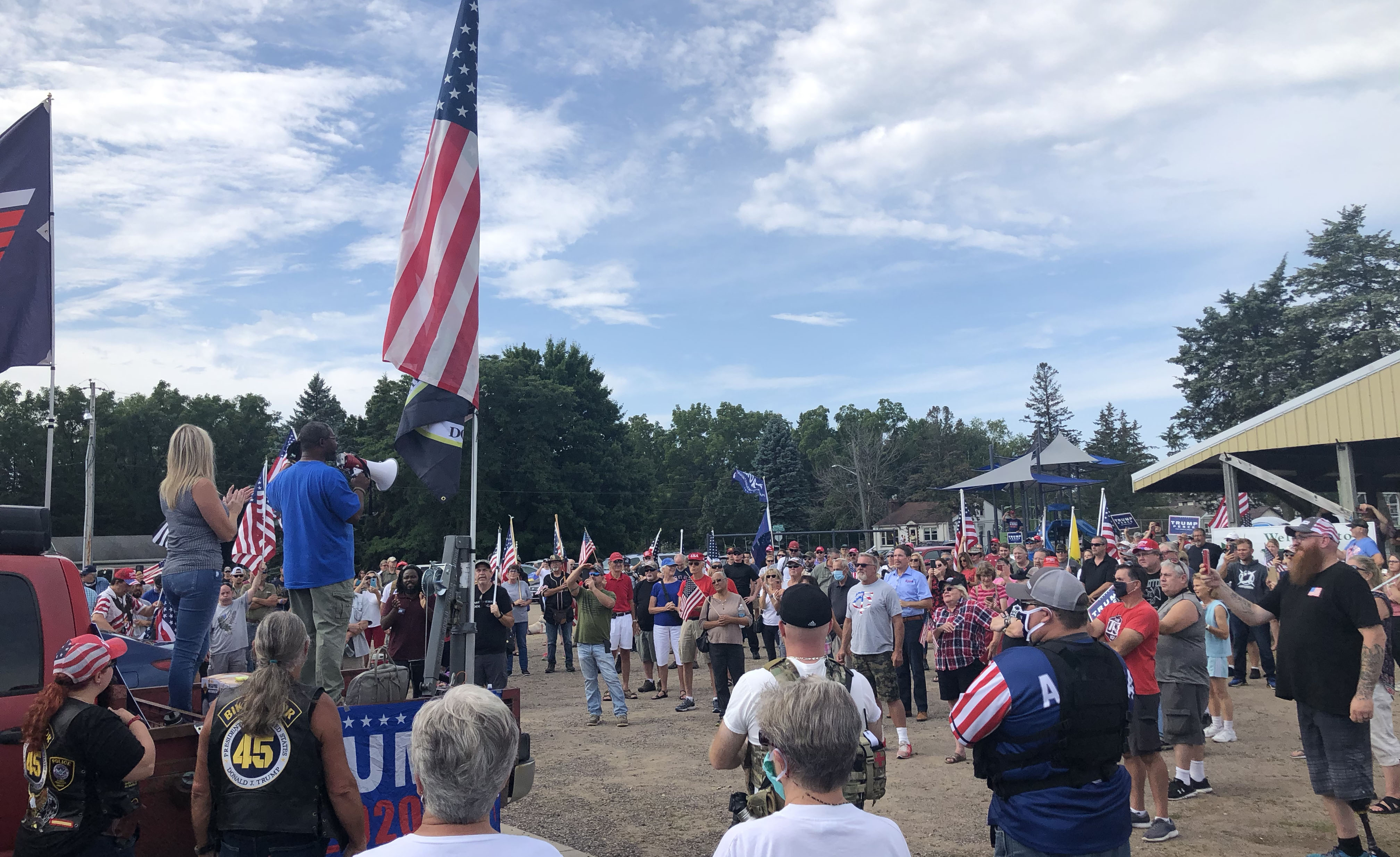 We will not be intimidated and we will not cower. The freedom we enjoy in this country is too important to follow the failed leadership of people like Sen Chamberlain.

Let's be honest, the Democrats in this state are moving further and further to the far left. Our Governor is unilaterally declaring rights that he does not have. And he still has not withdrawn his endorsement of John Thompson.

We clearly need a team of freedom fighters up at the Capitol who we can proudly claim as our own. Top notch candidates like Erik Mortensen in Shakopee. Action 4 Liberty is busy building this team so we do not keep losing to the radical left.

Help support Action 4 Liberty continue building the army of activists and team of freedom fighters so we can take back this state.

We have a big choice in the next couple of years. Either we continue allowing weak-kneed Republicans to derail our freedom movement or we STAND UP and start building a team of freedom fighters who won't back down to the fringe left.

If we don't start doing something about the Republicans in charge, then we will never End Walz' Emergency Power, never reduce taxes, never shrink the size and scope of government and never defeat the radical left agenda.