This move is seen by most Capitol observers as a political ploy by the Senate Republicans to hear two anti-gun bills in a strong pro-gun rights district, to showcase the disapproval by the populace for the bills. But hearing these bills allows the anti-gun community to show progress for their movement. It will serve as a rallying point for the gun control community as seen by the Bloomberg funded Minnesota groups on their social media pages. 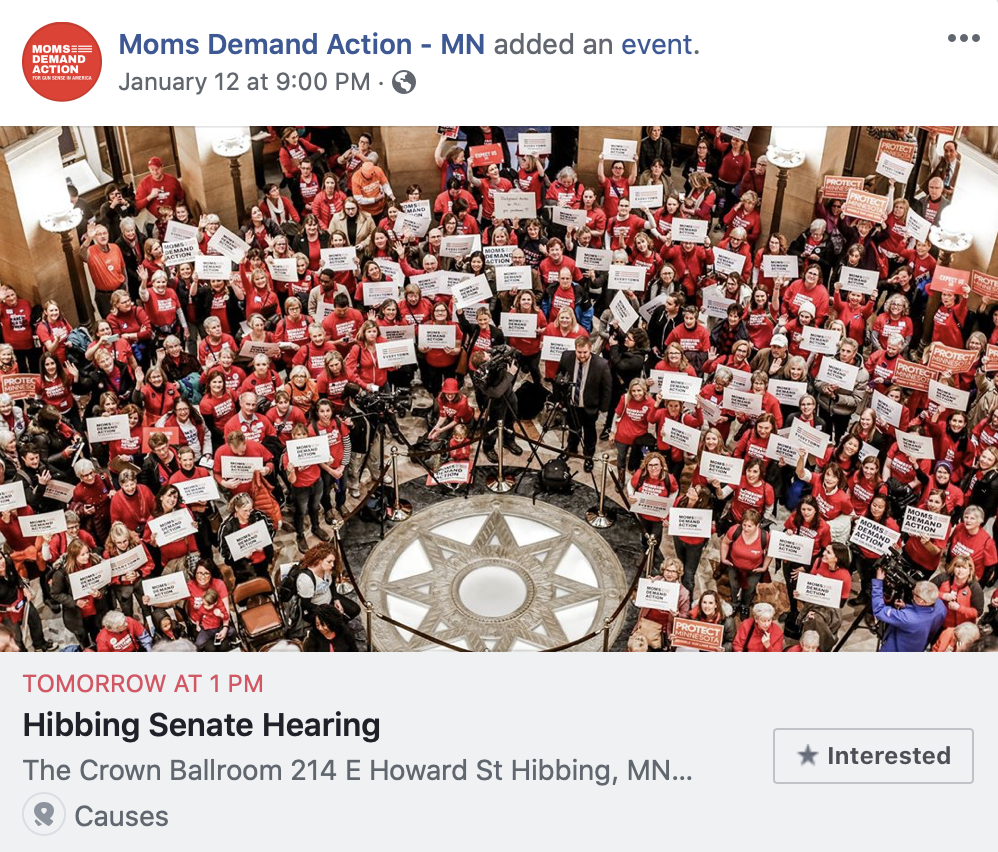 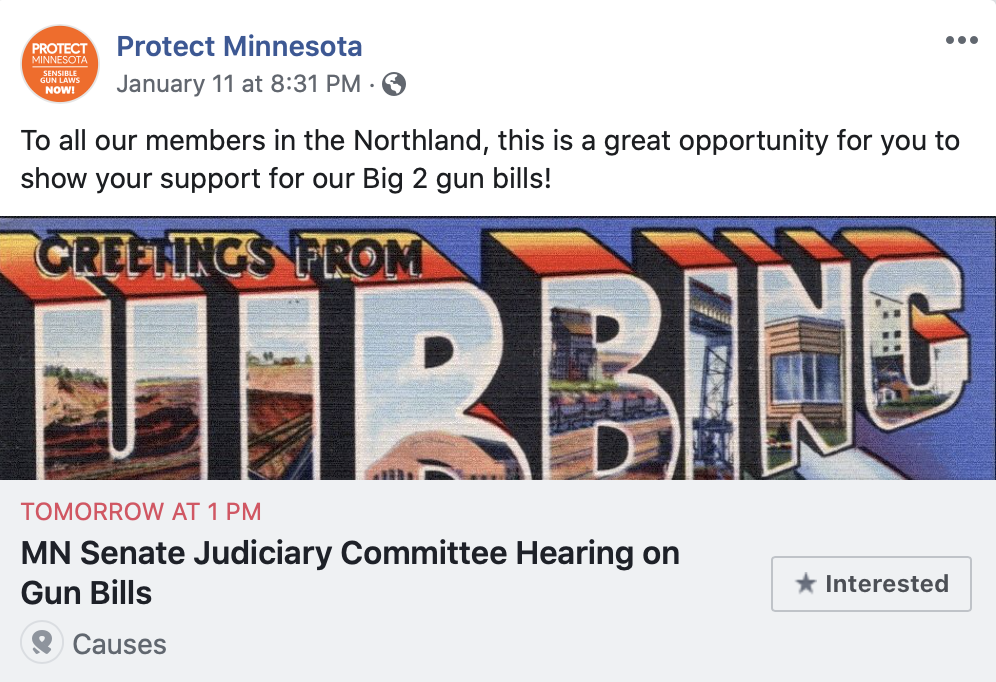 The Judiciary Committee announced that they will also hear a couple pro-gun rights bills in the same hearing: Stand-Your-Ground legislation and Constitutional Carry. However, these bills also will be used as a political ploy and will not likely get any further action from the Senate despite Republicans having a three person majority.  According to the Committee's webpage, the hearing is informational only and no votes will take place.

Action 4 Liberty believes that gun control bills should not receive any "moment in the sun" when Republicans are in control at the Capitol. It's time they start delivering on their campaign promises and get a vote on Constitutional Carry and Stand-Your-Ground.