Senate Republicans Want to Grow Spending by Over $2 Billion 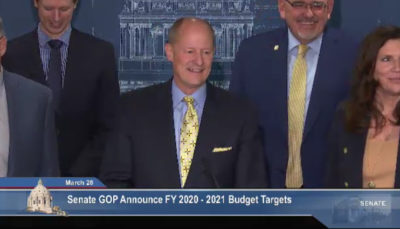 The Republican Senate Caucus today released their budget proposal that grows government by over $2 Billion, coming in slightly smaller than the number proposed by the Minnesota DFL House. Although the budget does not raise taxes, it does keep current tax levels elevated and spends the majority of the budget surplus.

The New House Republican Caucus' budget actually shrinks government and gives back billions of dollars in tax cuts, including a one year holiday on license tabs and fees. Their budget's total price tag is $45.2 Billion, which is over a $300 Million cut from current spending.

Governor Walz' budget proposal spends $49.3 Billion and adds $1.2 Billion of debt. To pay for his budget, Walz raises taxes on gasoline and keeps the health provider tax on the sick.

House Democrats released a budget proposal early this week, but their numbers are hard to properly score. The best estimate we have is that they plan to spend a total of $47.8 Billion, keep $600 Million on hand and issue $1.6 Billion of debt.

Below is how the key players look on the State Spending Football Field. The numbers released by both the Minnesota Republican Caucus and the DFL House are questionable. We used more conservative estimates of their spending numbers to calculate their positions on the field. Both the DFL House and Senate Republicans want a debt spending bill on top of general funds spending. Neither caucus gives back the surplus to taxpayers.

Action 4 Liberty stands with the New House Republican Caucus budget that is more in line with a conservative vision of state government. If Governor Walz is trying to massively expand state spending, the logical approach to negotiations is to start on the opposite side. A4L also believes every dime of the budget surplus should be returned to taxpayers.