The Minnesota State Fair removed the 'King Walz' sign from our booth in the middle of the night against our wishes. On Thursday afternoon, the front office left a voicemail stating they would like for us to take down the image because it is "disrespectful" to the Governor. The objective of the Action 4 Liberty 'Never Again' booth is to educate Minnesotans about the dangers of one man unilaterally declaring king-like powers and how we plan to make sure it never happens again.

Action 4 Liberty was up front about what we planned on doing at the booth. Here's the drawing that was submitted to the State Fair in July. 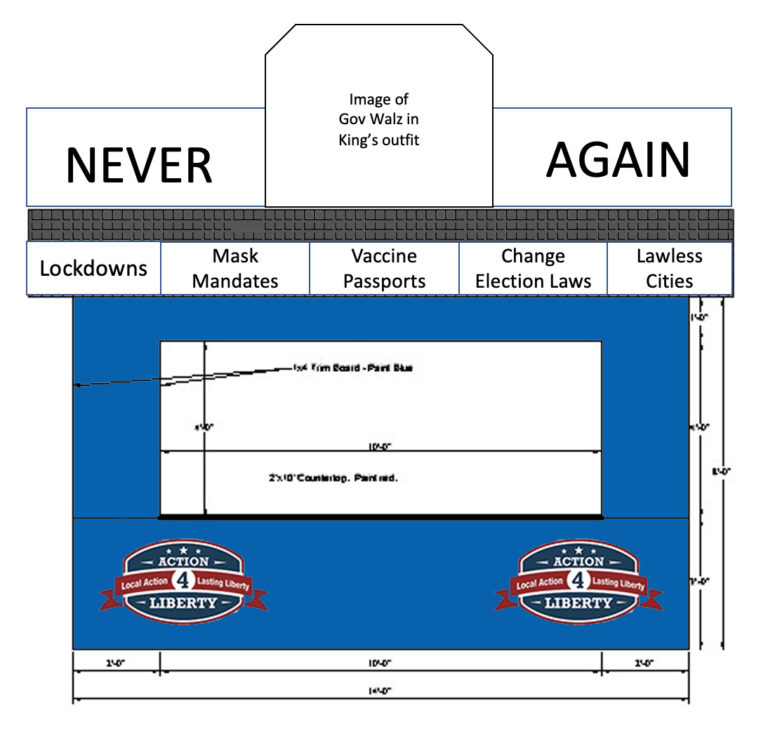 Political caricatures have been used in politics going back to the founding of this country. The image we used is not obscene or pornographic, which we agree would be inappropriate. Our graphic artist wanted to capture a sloppy governor who crowns himself king, dangles the Constitution and takes a bite out of liberty, represented by a turkey leg. We think he captured it perfectly.

The booth has been very popular and the majority of people coming by our stand loved the image of Walz. Here's an image of the booth before it was taken down. 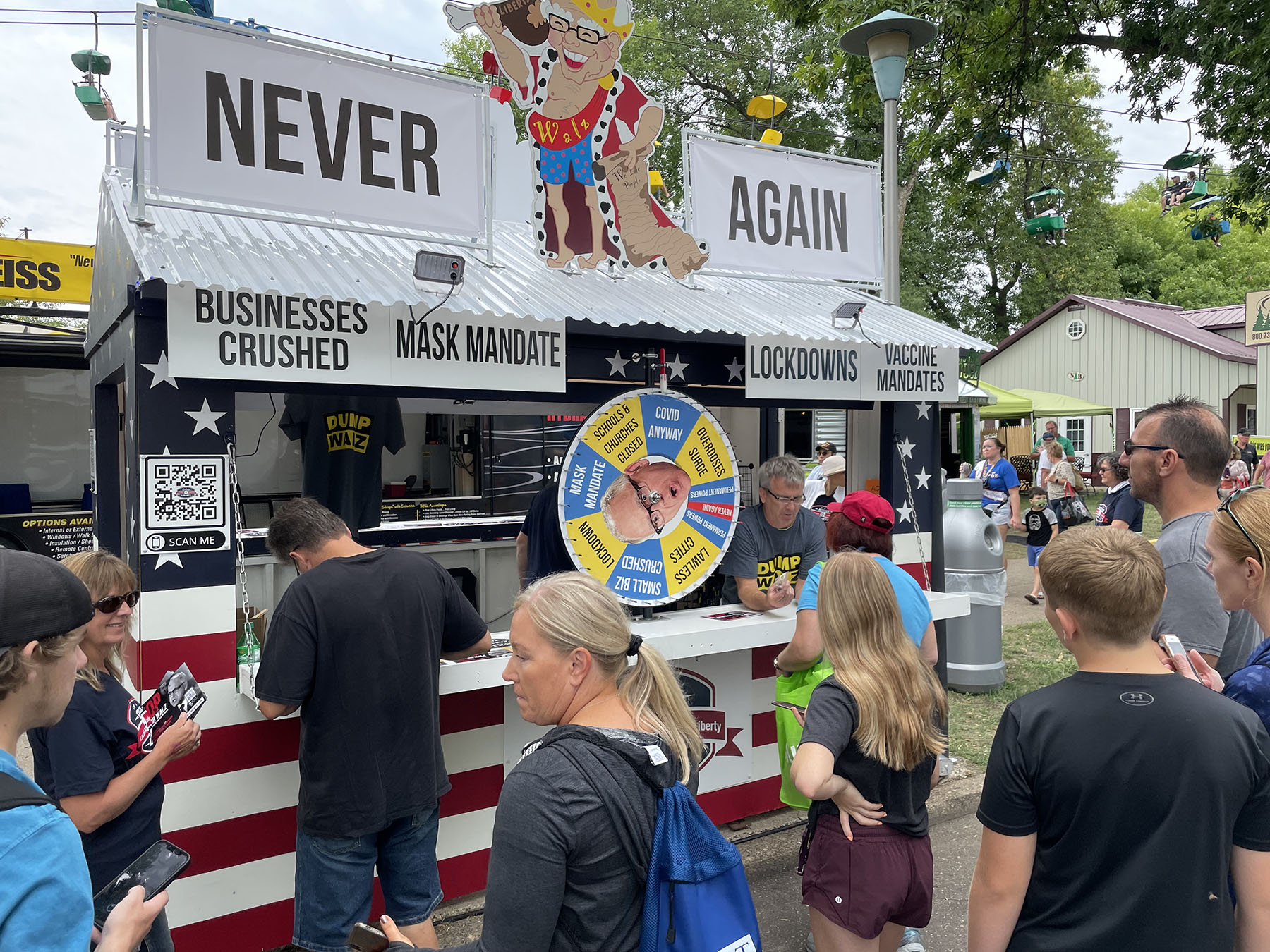 Images that could be considered “disrespectful” of political figures are common place at the Minnesota State Fair. During Trump’s presidency, fairgoers saw several anti-Trump exhibits, including award winning art featuring Trump under the control of Russian President Putin. 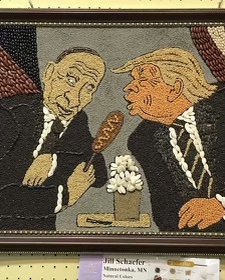