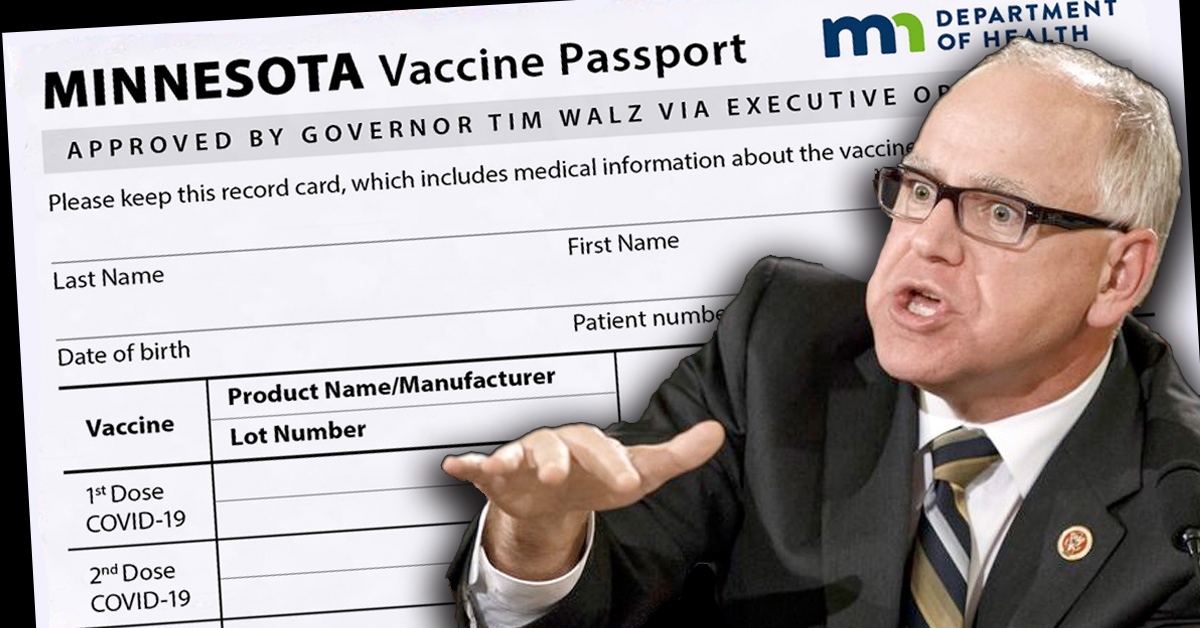 Governor Walz unilaterally declared Emergency Powers over 400 days ago! He's used those powers to lock us in our homes, shut down businesses and force youth athletes to wear masks. If we don't End Walz' Emergency Powers, nothing can stop him from creating a Vaccine Passport program in Minnesota. It's time to end Walz' destructive Emergency Powers.

To Governor Walz and legislators:

Whereas, one person does not have the legal authority to remove the rights of Minnesotans protected by our Constitution and Bill of Rights;

Whereas, Governor Walz' emergency powers is devastating our state economy and killing the heart of it - small businesses;

Whereas, the "Stay at Home" order is turning neighbors against neighbors using Walz' hotline;

Whereas, free people can make safe and reasonable accommodations to open businesses during a crisis while still adhering to good medical advice;

THEREFORE be it resolved, We The People of Minnesota demand Governor Walz immediately end his emergency powers;

Be it further resolved, if Governor Walz won't comply, We The People of Minnesota demand the legislature removes his powers and we demand a recorded vote on all motions and bills pertaining to ending Walz' emergency powers.