Surplus Being Spent By Politicians, Not Given Back

The 2020 Minnesota Legislative session began with a $4 Billion surplus in play (budgetary balance + reserves). Which means that taxpayers in this state were overcharged. Not surprising to anyone, the Democrats wanted to take all the surplus money and spend it on more government. While the Republican Senate proposed to give a portion back and keep the rest in government coffers.

Now we are learning that the revised estimates of the surplus have shrunk due to supplemental spending packages that passed a week ago or are likely to pass on Thursday. According to the Office of Management & Budget, the budgetary balance is only $811 Million. When added to the $2.4 Billion in Reserves, the surplus has shrunk to $3.2 Billion. 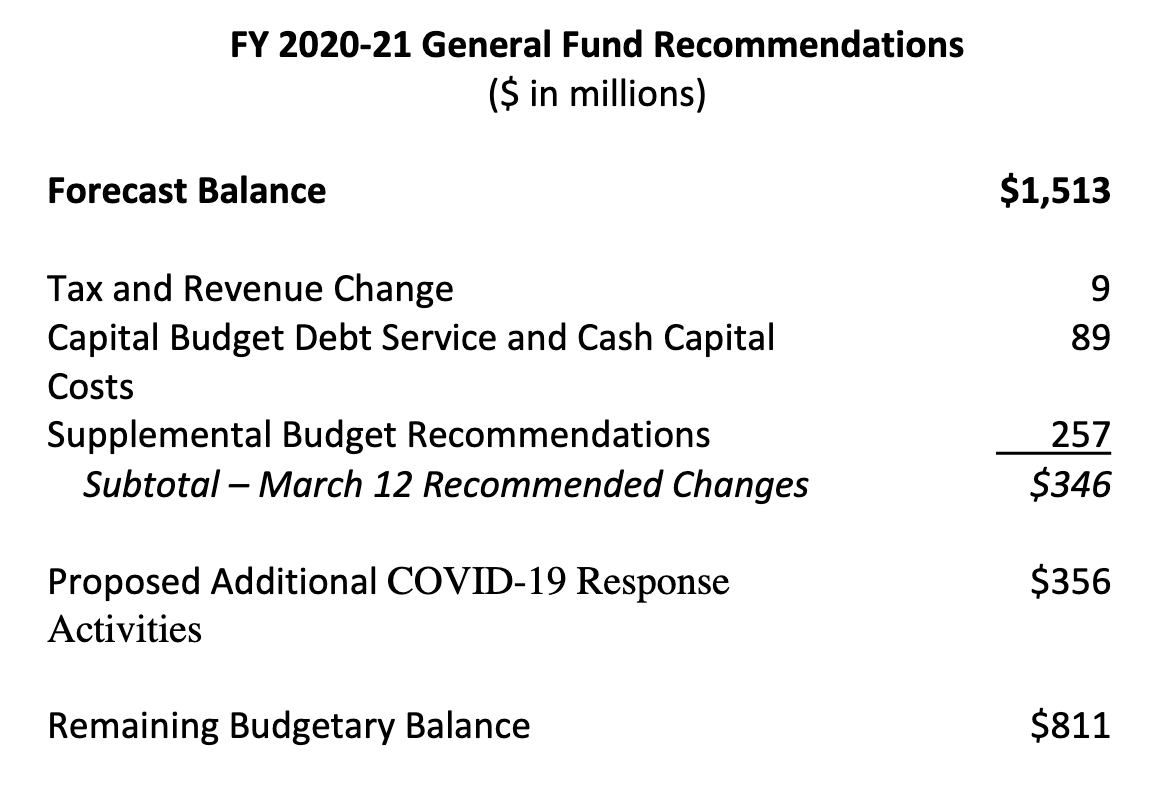 Since budgetary balances are projections of revenues and expenditures for the remainder of the biennium budget, it's likely to be erased soon by a decline in revenues due to the COVID Recession. That means the only surplus funds left to return to taxpayers is the massive $2.4 Billion Reserve Account (labeled the "rainy day" fund by legislators).

Unfortunately, legislators on both sides of the aisle, want to use the "rainy day" funds to ensure government doesn't have to make cuts. Meanwhile, Minnesota families are struggling financially with the uncertainty of these economic times. Here's Republican Representative Pat Garofalo prioritizing keeping the money for government. 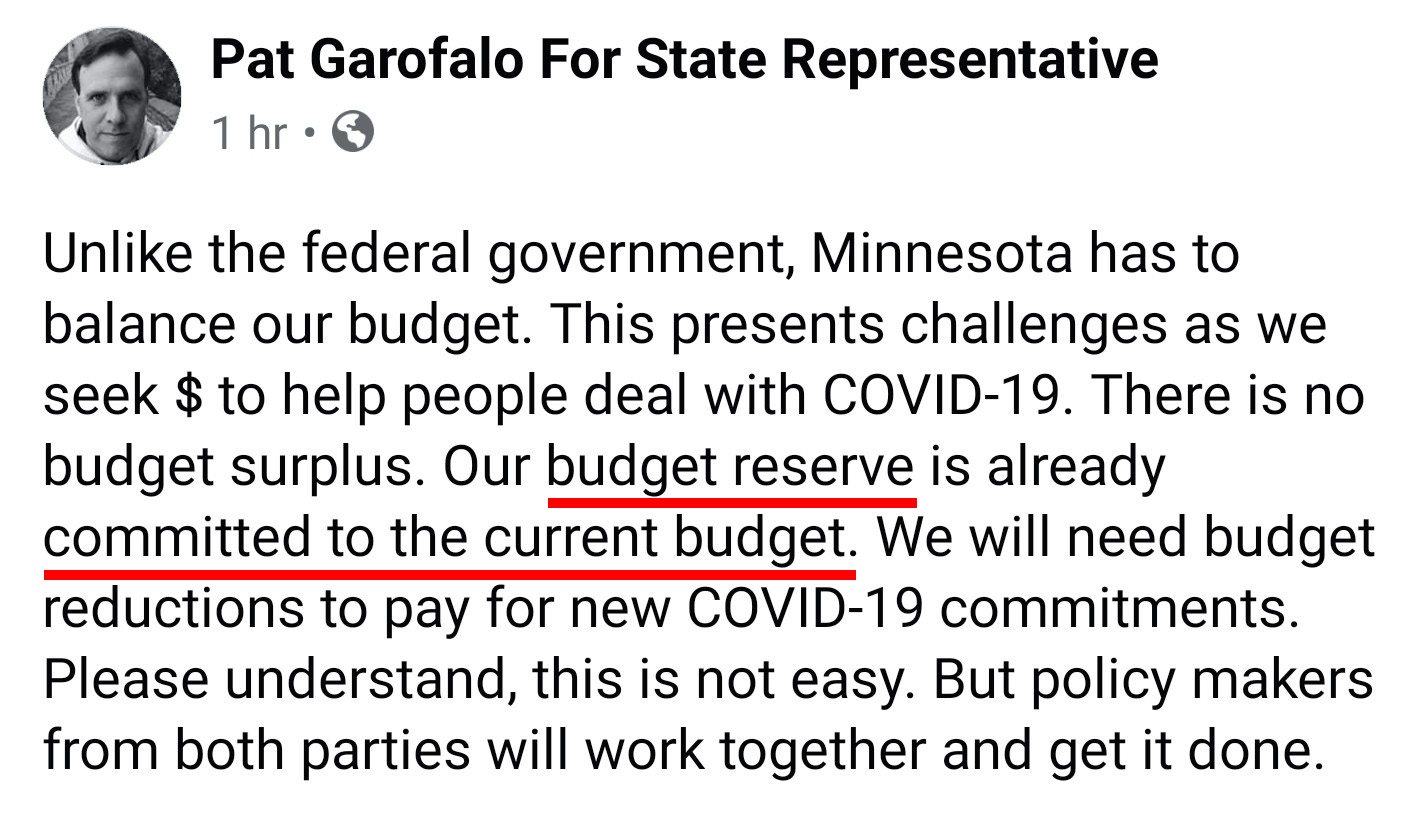 Now, more than ever, it's important for politicians in St Paul to start making cuts to our bloated government and give back our money! Tell your legislator to prioritize Minnesota families instead of government spending...and give the reserves back to taxpayers!