These Legislators Betrayed Their Voters

At this point, it looks like the six Democrats are complete Con Artists. They voted to End Walz' Powers before the critical election, knowing that voters would vote them out. But once the election was over, we quickly learned they were frauds. That has their constituents furious!

Three of the six (Pelowski, Sandstede and Lislegard) have been tapped by Metro Democrat leadership to serve on a committee that is crafting a Fake End Walz' Powers bill that would essentially make his powers permanent. Rep Barb Haley (Red Wing) is the Republican lead on this awful bill. Keep in mind, it's a bill, so it would require the Governor's signature. No one believes he's going to sign a bill that has any significance.

Rep Erik Mortensen has pledged to continue brining up the vote on the End Walz' Emergency Powers Resolution, so we'll give these Con Artists a chance at redemption. But in the meantime, Action 4 Liberty is on radio stations in their districts alerting voters to what they are doing.

Our volunteer teams are on the phones and in the districts talking to voters directly. Last weekend we had teams in Moose Lake, Cloquet, Hibbing, Virginia and Winona doing door to door lit drops. 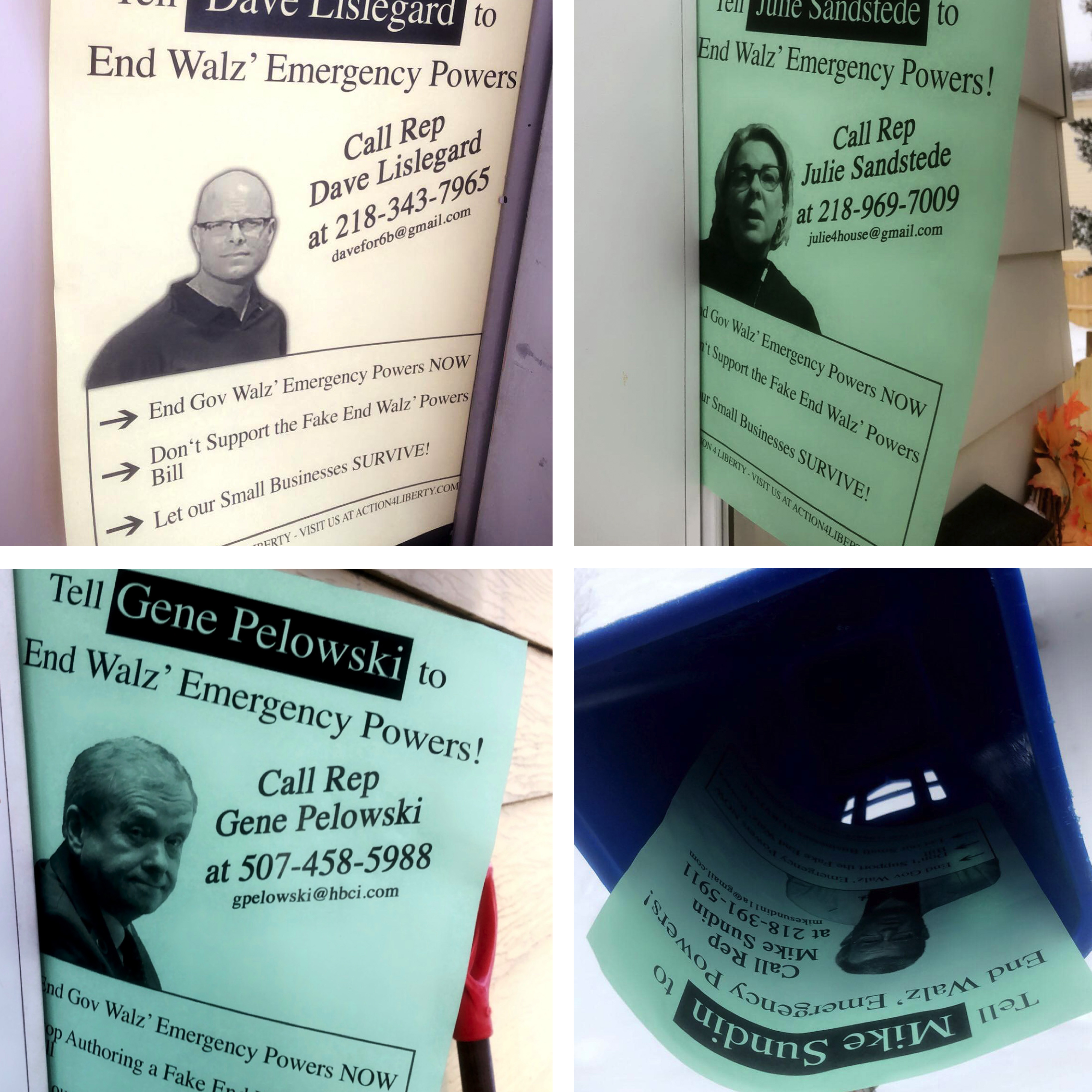 Action 4 Liberty will not quit until Governor Walz' Emergency Powers are gone and he pays for what he has done to our businesses and the civil liberties of Minnesotans. If you would like to help out with our pressure campaign, please consider making a donation today:

Here's contact info for the CON ARTISTS who BETRAYED their voters: