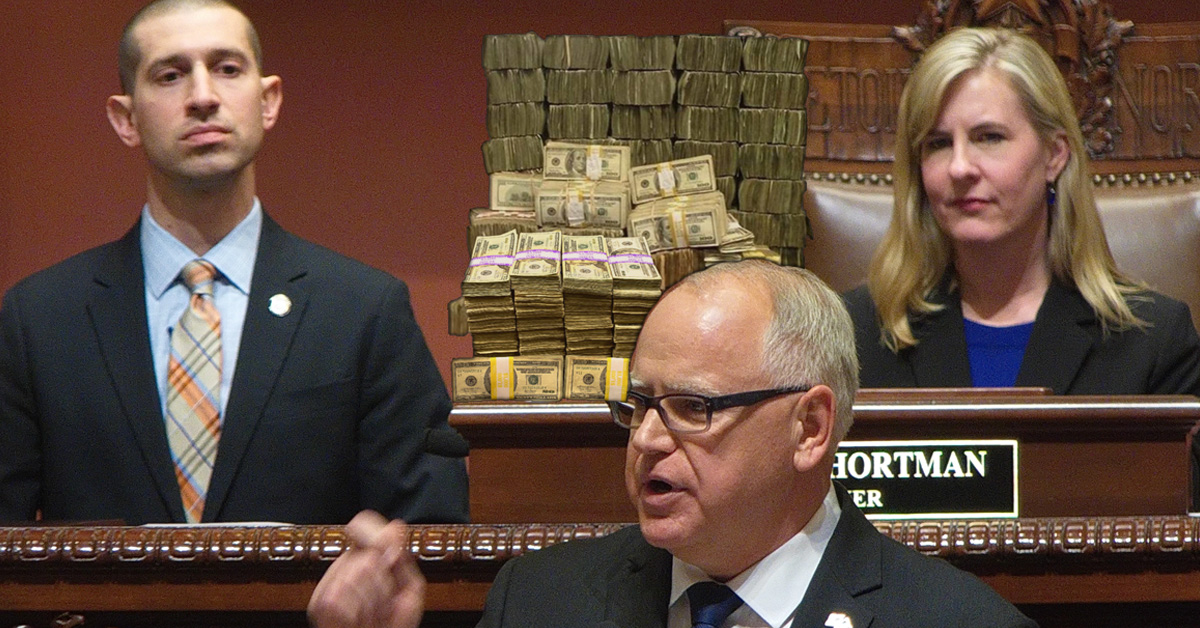 The Minnesota Management and Budget (MMB) released it's latest budget forecast this morning predicting a staggering $14.5 Billion budget surplus. That means Minnesota government has overtaxed taxpayers to the tune of $6,000 each.

In its report, MMB shows a change of $4.5 Billion since it's last official forecast in February. Higher than project revenues accounts for the largest portion of that change, although the government has spent $1.5 Billion less than originally expected. Media reports will state a smaller number than $14.5 Billion, but that's because they don't account for the enormous budget reserves. The state is holding onto an extra $2.8 Billion of our money for no apparent reason.

Here are the numbers: 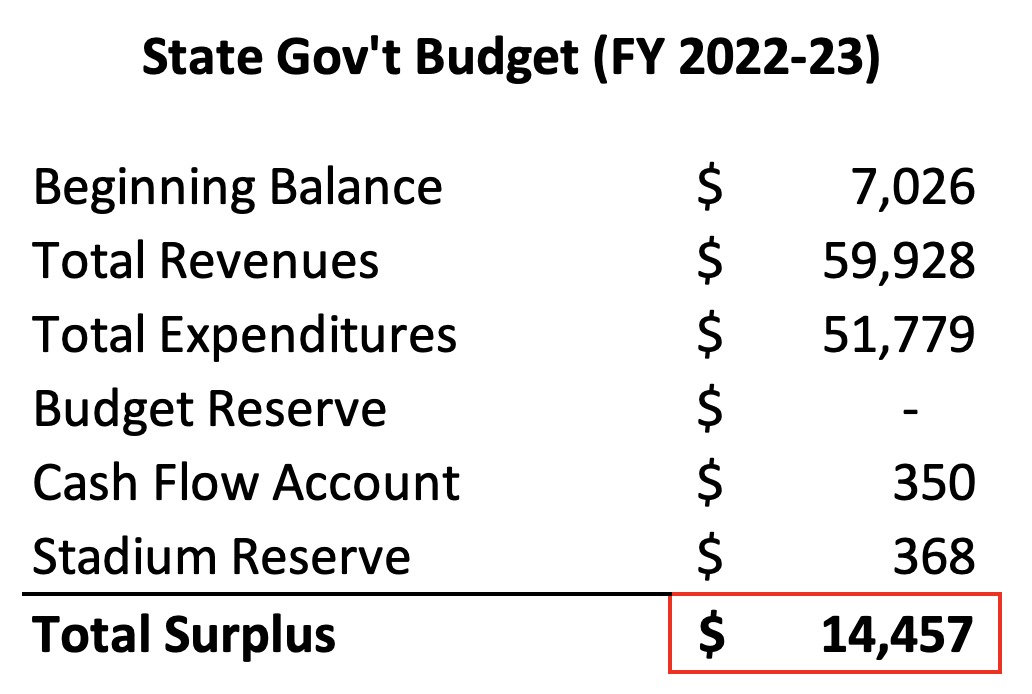 Projections for the 2024-2025 Biennium budget show the surplus growing by another $6 Billion. Although, those preliminary numbers will not likely stay the same by this same point in 2024.

With the current $14.5 Billion budget surplus, Minnesota government should immediately GIVE IT BACK to all taxpayers. If divided equally, that's over $6,000 per taxpayer. A more prudent approach to giving it back would be to suspend all income taxes for this year. Rep Erik Mortensen has a bill that does this.