Rep Jeremy Munson made a move again on the House floor to pass a resolution to end Governor Walz' emergency powers. Munson and Drazkowski made a similar motion on April 14th that failed to receive support from the majority of the Old Republican House Caucus after lobbyist legislator Kurt Daudt instructed his caucus to vote against the measure.

However, this time, the motion passed with unanimous support from all Republicans in the Minnesota House thanks to the numerous calls, emails and texts they received from Action 4 Liberty supporters. Speaking in favor of the bill on the floor was Reps Lucero, Munson, Baker, Albright, Miller and Drazkowski. Far left Majority Leader Ryan Winkler spoke agains the bill. 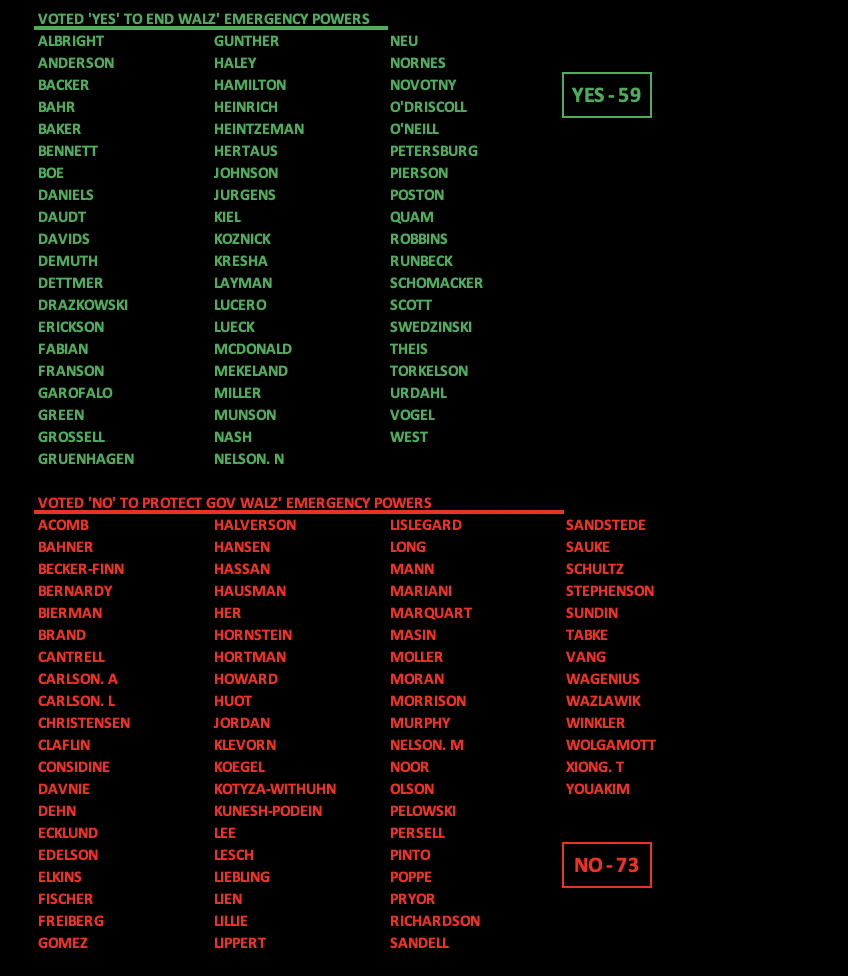 Here's the vote from the April 14th session. 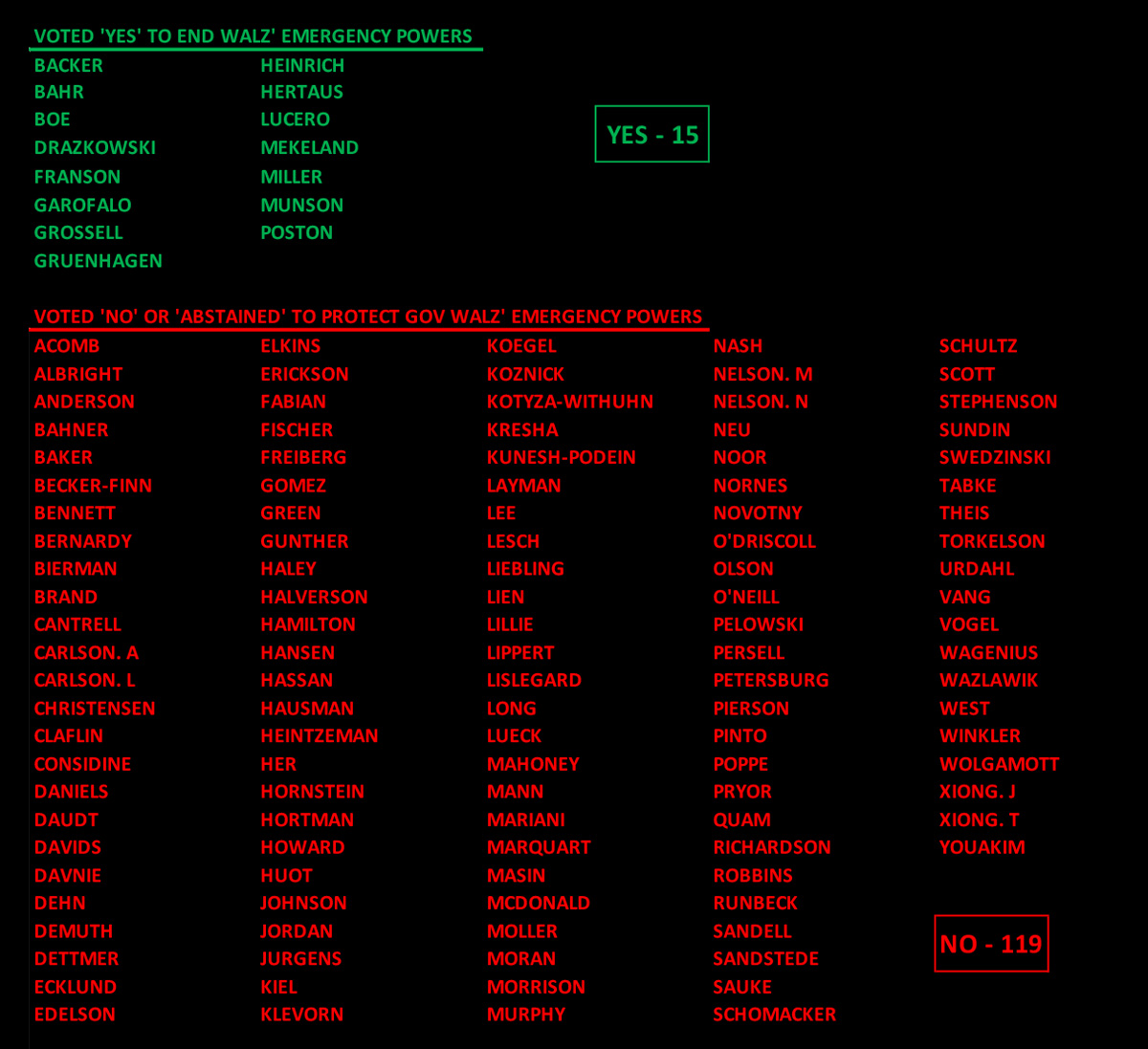 The next step is for the vote to come up again in the Minnesota House with more pressure put on Democrats to do what's right for the people of Minnesota, not their Party's leader. Also, the Republican controlled Senate could make a big splash if they were to actually pass the resolution in their chamber.

Let's keep the heat on St Paul. Sign our petition and send a message to these Democrats that we want our economy opened back up again!