Pressure keeps building up against Governor Walz' Emergency Powers. Now even the mainstream media is noticing the ridiculousness of his unilateral law making.

In an interview with Channel 6 News a week ago, Governor Walz told reporter Betsy Singer:

If we just have one person telling us what to do, we wouldn't have to have all these heartfelt disagreements. But I just hope we can reestablish this sense of decorum, and decency, and civility, that has always been a hallmark of America's democracy.

Democracy?! What democracy? There's nothing more anti-democracy than a Governor creating unilateral laws that are destroying businesses and harming Minnesotans!

I think Betsy was so shocked that he said that, she did something the rest of the mainstream media won't do - allow the opposing viewpoint. Channel 6 was willing to allow our voice to be heard on tv. Here's my interview: 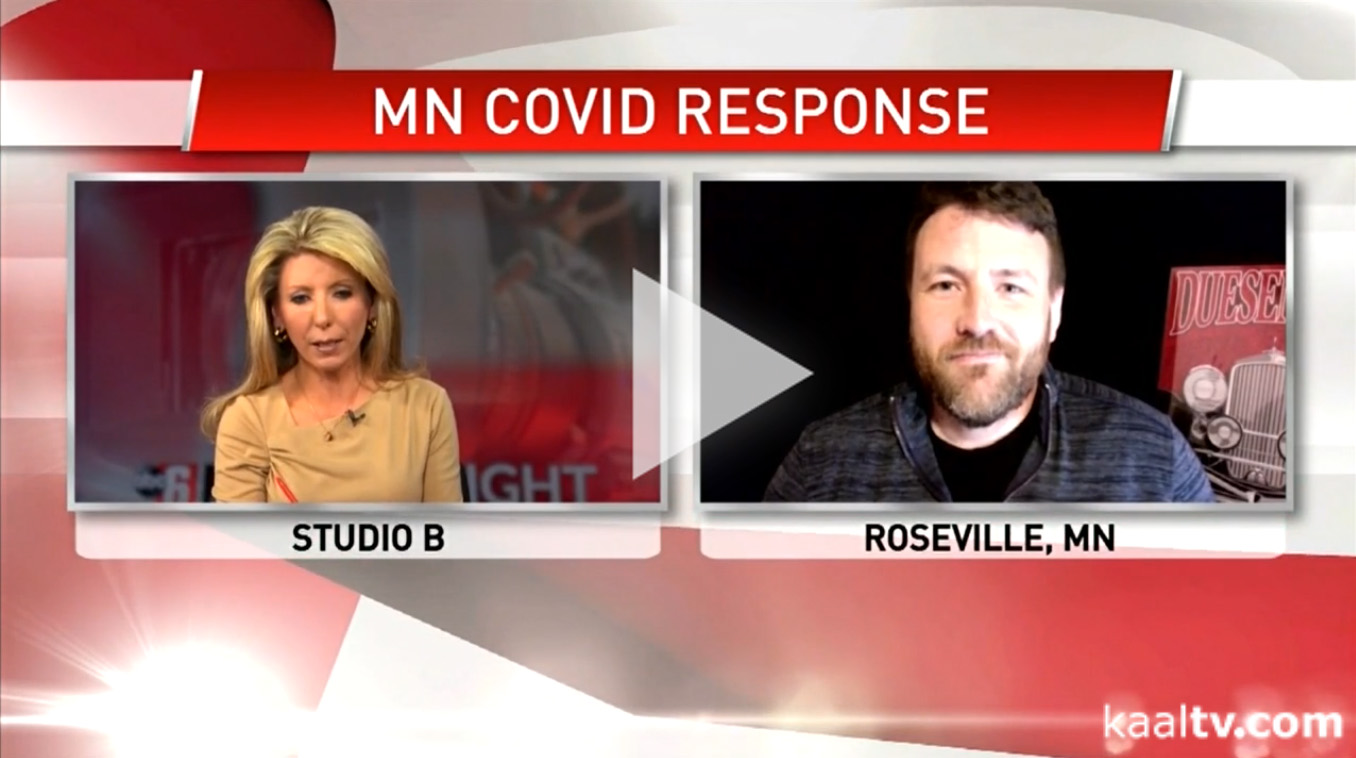 You see, Chapter 12 Emergency Powers laws were not written to allow a Governor to declare an indefinite "emergency" so he can rule by himself, without the Legislature. Walz has essentially eliminated the relevancy of the legislative branch of our Republic.

And the courts, media and ruling elite have allowed it to happen for 11 months!

But everyday Governor Walz' unchecked, unilateral powers continue and our beloved small businesses fail, more people are waking up to what is happening to our state and country. We continue to grow in strength and power on a daily basis.

Unfortunately, we still have an obstacle in the way of it passing: the six Democrats who recently betrayed their voters - Reps Gene Pelowski, Paul Marquart, Dave Lislegard, Julie Sandstede, Mike Sundin and Rob Ecklund.

Despite voting to End Walz' Emergency Powers back in 2020 - when it was "easy" - they are now showing their true colors! All six of them have switched their votes. What a bunch of con artists!

In other words, their votes last year to End Walz' Emergency Powers were nothing more than a con. We finally have the numbers to win and they are cowering to the Democrat elites. What a shame.

So we're hitting them where it hurts the most - the voters. Action 4 Liberty is now doing daily lit drops in their districts, running radio ads, crafting newspaper ads, conducting phone call campaigns, submitting letters to the editor, sending out mailers and much, much more.

We're on radio stations from Winona to Hibbing to Moorhead. Here's what people in Rep Paul Marquart's district are hearing when they turn on the radio: 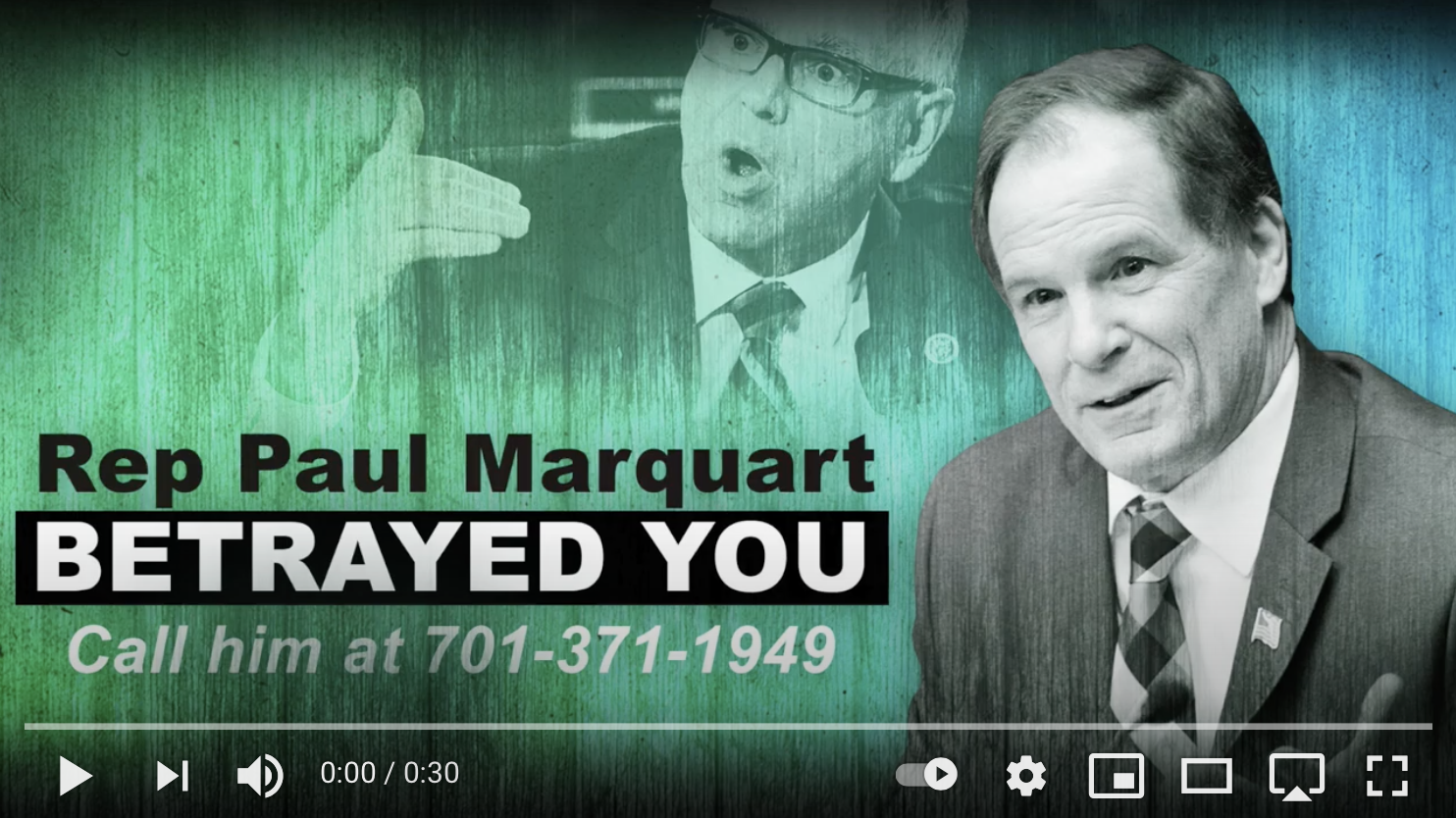 Action 4 Liberty WILL NOT QUIT. Either these Democrats vote the way they did last year, or we will continue delivering the pain. It's that simple!

Our volunteer teams spent the weekend in Paul Marquart's district going door to door and passing out lit to thousands of voters. Everyone in Moorhead needs to know that Rep Paul Marquart just betrayed them. And we're going to do the heavy lifting until he votes the right way again.

But our tenacity and hard-nosed attitude makes a lot of enemies in the political class. Both Republican and Democrats alike want to stop us from being effective. They don't really feel the pain that all of us feel from Governor Walz' unilateral orders.

You have the ability to send a message to the political class that we mean business. While they're busy going to crony special interest groups and big corporations for money, we go directly to you. Help us continue fighting against them with a donation today.

It's going to be incredibly painful for Ecklund, Lislegard, Marquart, Pelowski, Sandstede and Sundin if they want to put Governor Walz' powers ahead of the needs of their constituents. Rep Erik Mortensen will be right back at it again this Thursday, making a motion to vote on the End Walz' Emergency Powers Resolution.

Your financial support is exactly what allows us to get our radio ads up and running. It's what hires our staff members and volunteer coordinators. It pays for printing costs, our phone system and every other tool we use to apply the pressure.

The political class would love nothing more than to see us without the resources that hold them accountable. Don't let them win!

You can send a message to the political class and con artists in St Paul. You can ensure that we are able to keep fighting. Please consider helping us print more pieces and buy more air time on radio and digitally with a donation.

>>>Contribute $350 - funds thousands of calls to these Con Artists

>>>Contribute $5000 - funds a field operative for a month, coordinates four districts of volunteers exposing the politicians