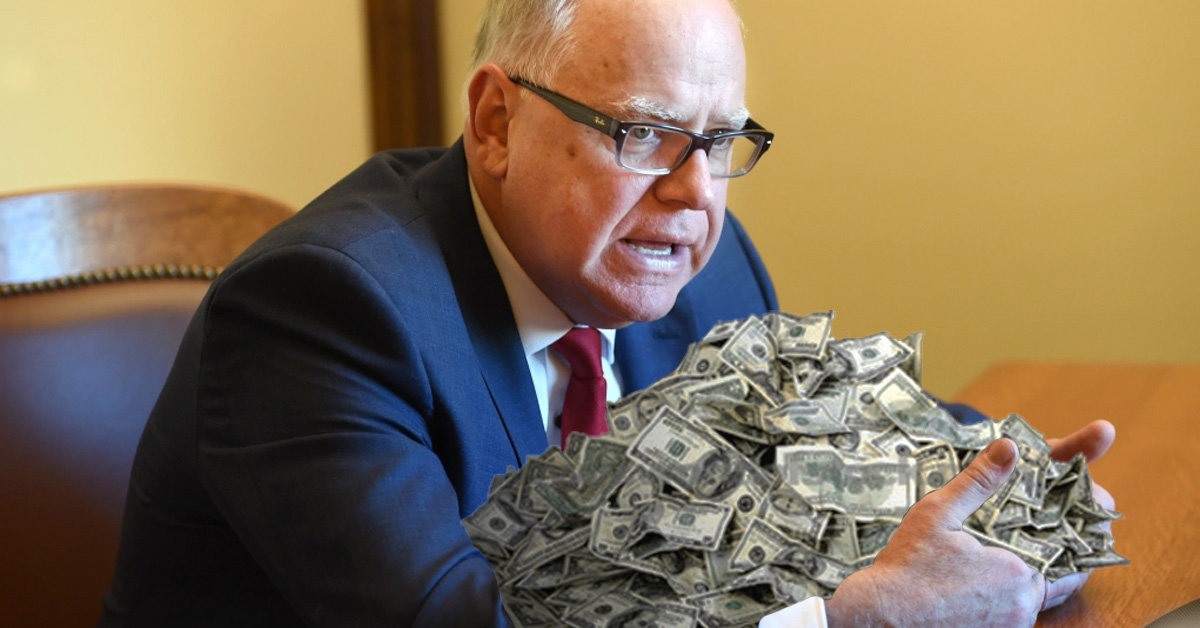 Walz is complaining about the Legislature adjourning without spending all of our surplus money - well, almost all of it. The Governor did want to give back a fraction of the record $12 Billion surplus to Minnesotans. But neither Walz or Republican Senators proposed giving it all back.

Thanks to the supporters of Action 4 Liberty, legislators starting feeling pressure to not spend any more of the surplus dollars before the Legislature adjourned in May. And that was three weeks ago when gasoline prices weren't nearing $5/gallon. Now it's even more important that the entire surplus gets returned to us taxpayers. It's the only way politicians in Minnesota can help us fight the effects of inflation - which was caused by politicians.

But Governor Walz is tone deaf to this call. He's hell bent on spending the majority of our surplus on more wasteful government projects. Which is why he is toying with the power of calling the Legislature back for a Special Session.

This would be dangerous for many reasons. Here's the possible agenda:

Democrats and weak-kneed Republicans in St Paul spend like drunken sailors when they overtax us and run a surplus. But that money is owed to us. It's not a slush fund for more wasteful government spending.

The average family will experience $5,200 in more spending this year due to the inflation caused by politicians. Meanwhile, a taxpayer's share of the $12 Billion surplus is over $4,000. Giving it all back immediately would help significantly with our family budgets.

Help us fight back against Walz' radical agenda. Sign our Give it Back Petition today!