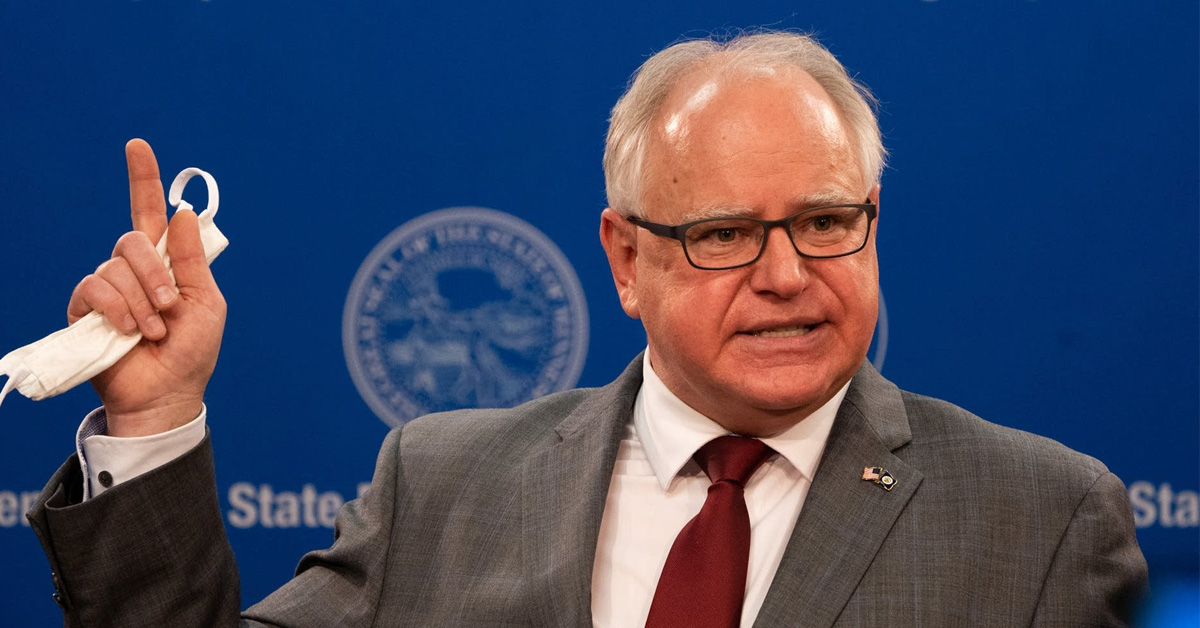 Governor Tim Walz lied about his Administration being forced to continue payments to the fraudulent charity, Feeding Our Future, according to District 2 Judge John Guthmann. This week, the U.S. Attorney in Minnesota issued 47 indictments in connection with a massive scam of a $240 Million taxpayer funded program to feed needy children.

Walz claimed in a press conference that he was forced by Judge Guthmann to continue making payments to Feeding Our Future despite serious allegations of criminal behavior. “We caught this fraud. We caught it very early. We alerted the right people. We were taken to court. We were sued. We were threatened with going to jail. We stuck with it,” Walz said on Thursday.

But Judge Guthmann says that is a lie. On Friday evening, he released a statement exposing the inaccuracies of the Governor and the media. "Judge Guthmann never issued an order requiring the MN Department of Education to resume food reimbursement payments to [Feeding Our Future]" stated the release. "All of the MN Department of Education Food Reimbursement payments to FOF were made voluntarily, without any court order." 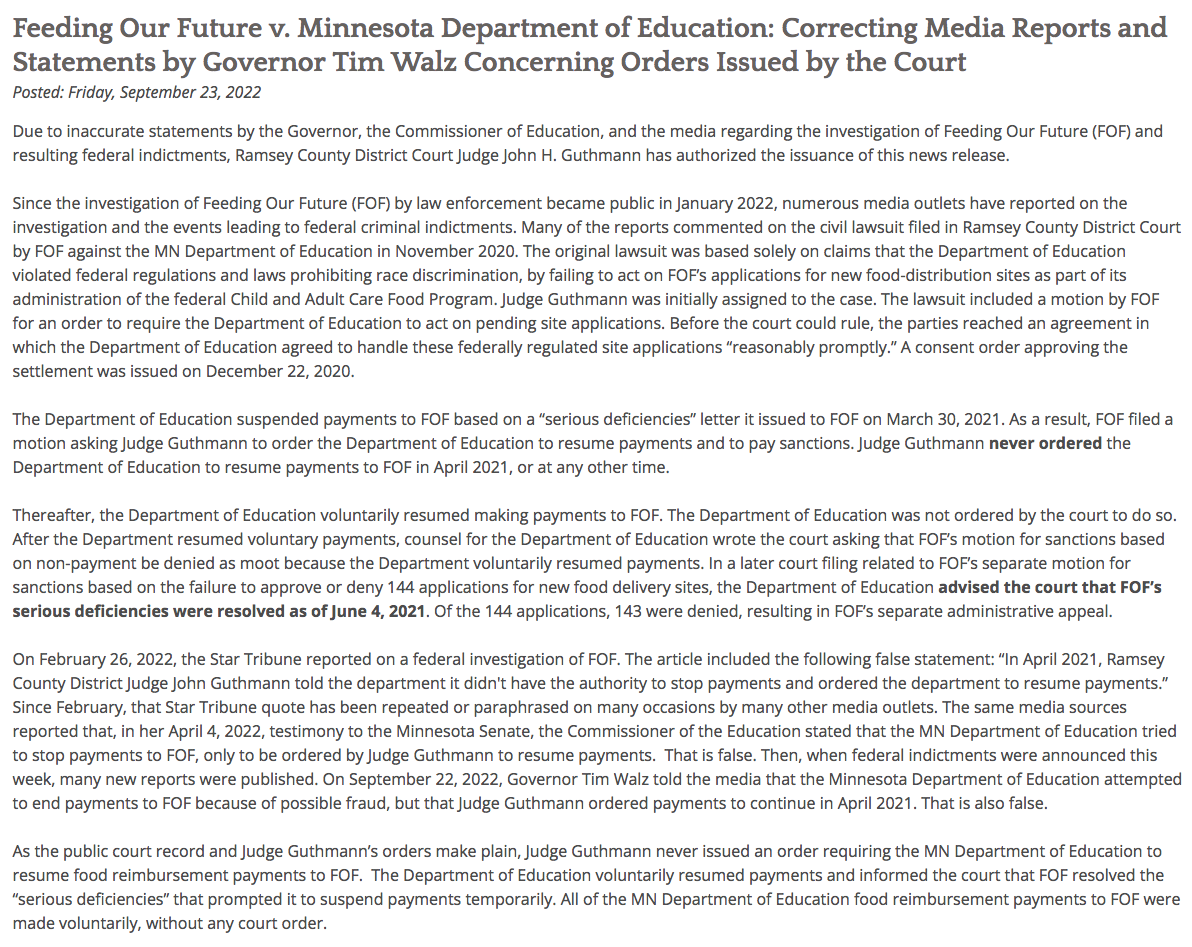 Why would Governor Walz lie about this if there isn't more to the story? The Governor's Administration continued using taxpayer money to fund the fraud and lied about a fictitious court order to cover his backside.

More importantly, the media went with the narrative without even looking to see if a court order existed. Judge Guthmann called out the Star Tribune in his release for their false reporting. This shows the lazy corporate media covering once again for Democrat politicians in this state.

Action 4 Liberty calls for an immediate investigation into Governor Walz' involvement in this massive fraud that led to 47 federal indictments.