What the Media is Saying About Our 'Dump Walz' Booth

At this point, it's crystal clear that our State Fair "Dump Walz" Booth is leaps and bounds more popular than Tim Walz' Tiny Booth.

I can't imagine how depressing it must be for Walz' volunteers. Meanwhile, the energy at our booth is OFF THE CHARTS. It's beating even our wildest expectations.

We're moving merchandise at unprecedented levels. My staff is working around the clock to keep up with demand!

Want to see the stark contrast? Check out this video:

Our booth is so popular, even the haters in the mainstream media can't ignore the energy we're bringing to fairgoers.

Here's a woke journalist for MPR: 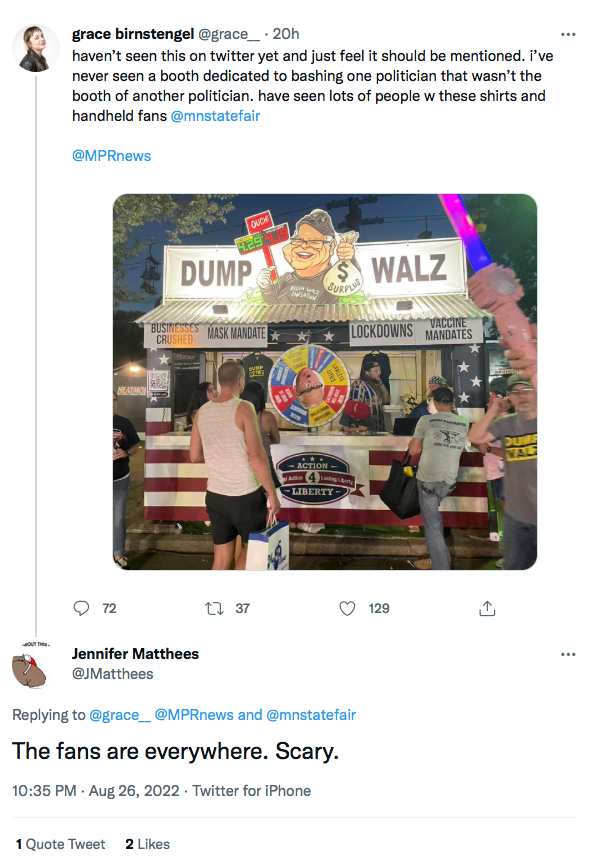 ...and a Star Tribune reporter: 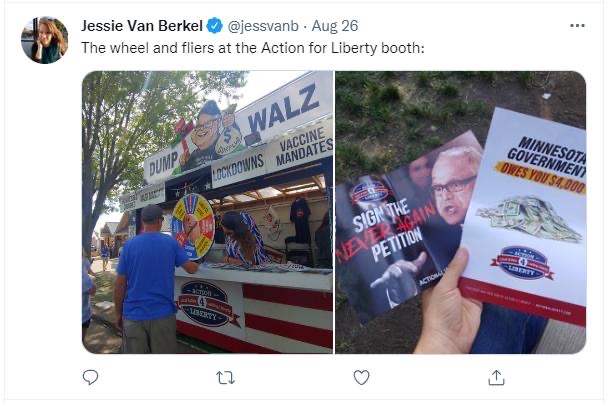 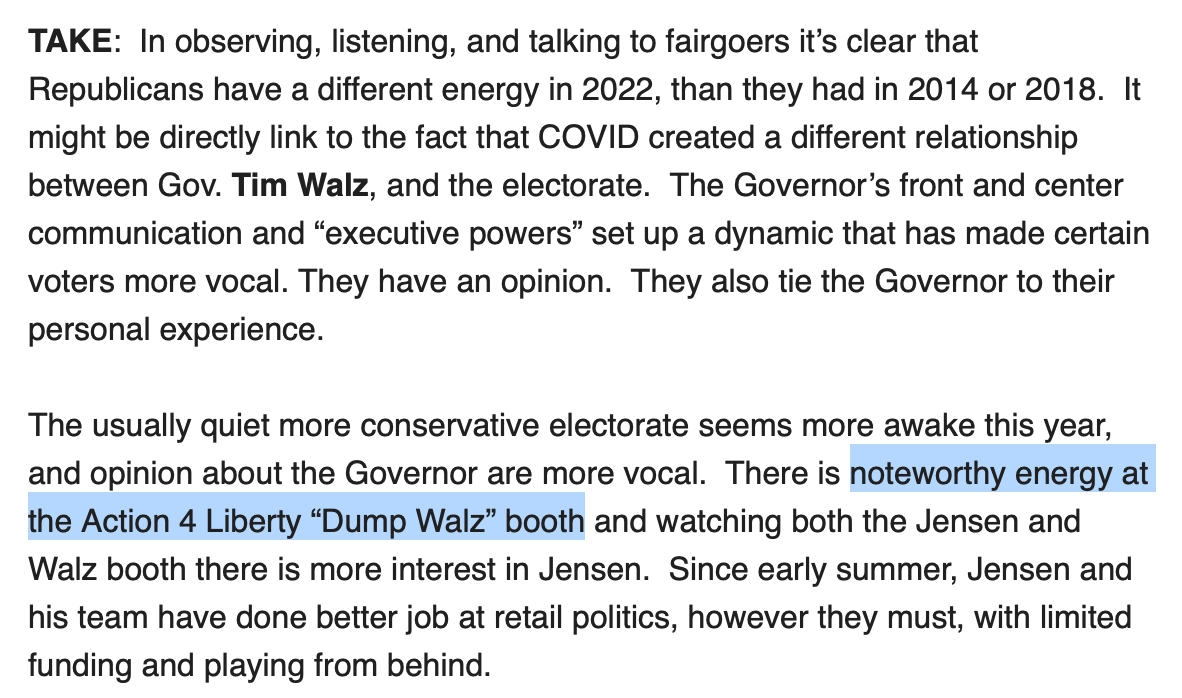 All this energy and popularity surrounding our "Dump Walz" message must mean something. Pundits say there is a Red Wave coming this November. Well, judging by the crowds at the MN State Fair, it feels like a TSUNAMI.

But it's important to understand that despite what happens in this upcoming election, Action 4 Liberty will be right here, holding politicians on both sides of the aisle accountable when they threaten our liberties.

It was not that long ago when the Political Class told us to stay in our homes and shut down our businesses.

They threatened our jobs with ridiculous vaccine mandates.

The Political Class holds onto $12 Billion of our overtaxed money and won't give it back.

And they are doing nothing about the insane crime in our cities.

We will NEVER FORGET!