Will Our Gas Taxes Increase this Year? 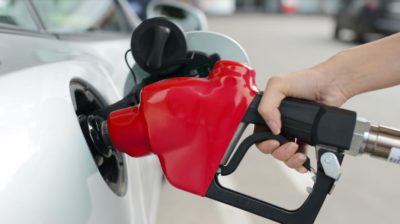 Governor Walz and Democrats are pushing full steam ahead on their proposal to increase the state gasoline tax by 70 percent (or a 20 cents per gallon hike). Minnesota is listed as the Least Tax Friendly State according to Kiplinger. However, our gasoline tax is amongst the middle of the pack in comparison to the rest of the states in the country. The proposed hike would put us fourth worst, right behind Pennsylvania, California and Washington.

An average family would pay between $200-300 more per year under the Democrat proposal. Walz alleges the funds are needed to fix our roads & bridges, but billions of taxpayer money is being squandered on unwise fiscal projects in a bloated $48 Billion state budget. On top of that, Walz and legislators began the session facing a massive $4 Billion surplus, which all players at the Capitol have allocated towards other spending projects.

Republicans are in charge of the Senate, so we aren't we safe?

So far the Republican Senate has talked tough on the gasoline tax, stating that no tax increase will pass. However, the Senate's newest member, Jason Rarick (R - Pine City), stated multiple times on the campaign trail that he would be willing to compromise on a gas tax hike. Also, Senator Jim Abeler (R - Anoka) was one of a handful of Republicans who voted in favor of the previous gasoline tax increase during the Pawlenty years.

If Democrats are unified on the issue in the Senate, only two Republican defectors are needed for the gas tax to pass. Local 49 just launched a tv commercial campaign targeted at getting both Republican and Democrat districts on board. WATCH HERE.

Action 4 Liberty and our allies strongly oppose the gas tax increase. Republicans need to be unified against raising a dime of taxes. We will target any Republican who votes for this hurtful tax.