The Woke Mob, and their buddies in the media, are doing everything they can to derail the "Stand for Liberty" event this Saturday featuring Action 4 Liberty's president, Jake Duesenberg, and Liberty Champion, Erik Mortensen. Stand for Liberty is an event created to support the legal defense of Lisa Hanson, owner of the Interchange Bistro in Albert Lea, who publicly defied Governor Walz' orders to shut down her restaurant last December. The government is throwing the book at her for her defiance and there is an active warrant for her arrest.

A woke activist and disgraced former MNGOP Staff took to Twitter to condemn the event's line up featuring Republicans who represent the party of "law and order". What seems like a blatant hypocrisy to the weak minded like Brodkorb, actually is a courageous stance for the tenets of liberty. Lisa Hanson has an arrest warrant because she refused to follow the orders of a Governor who acted illegally and unconstitutionally. There's no "law and order" when one man creates unilateral dictates in America. That's the kind of thing we've fought wars against. 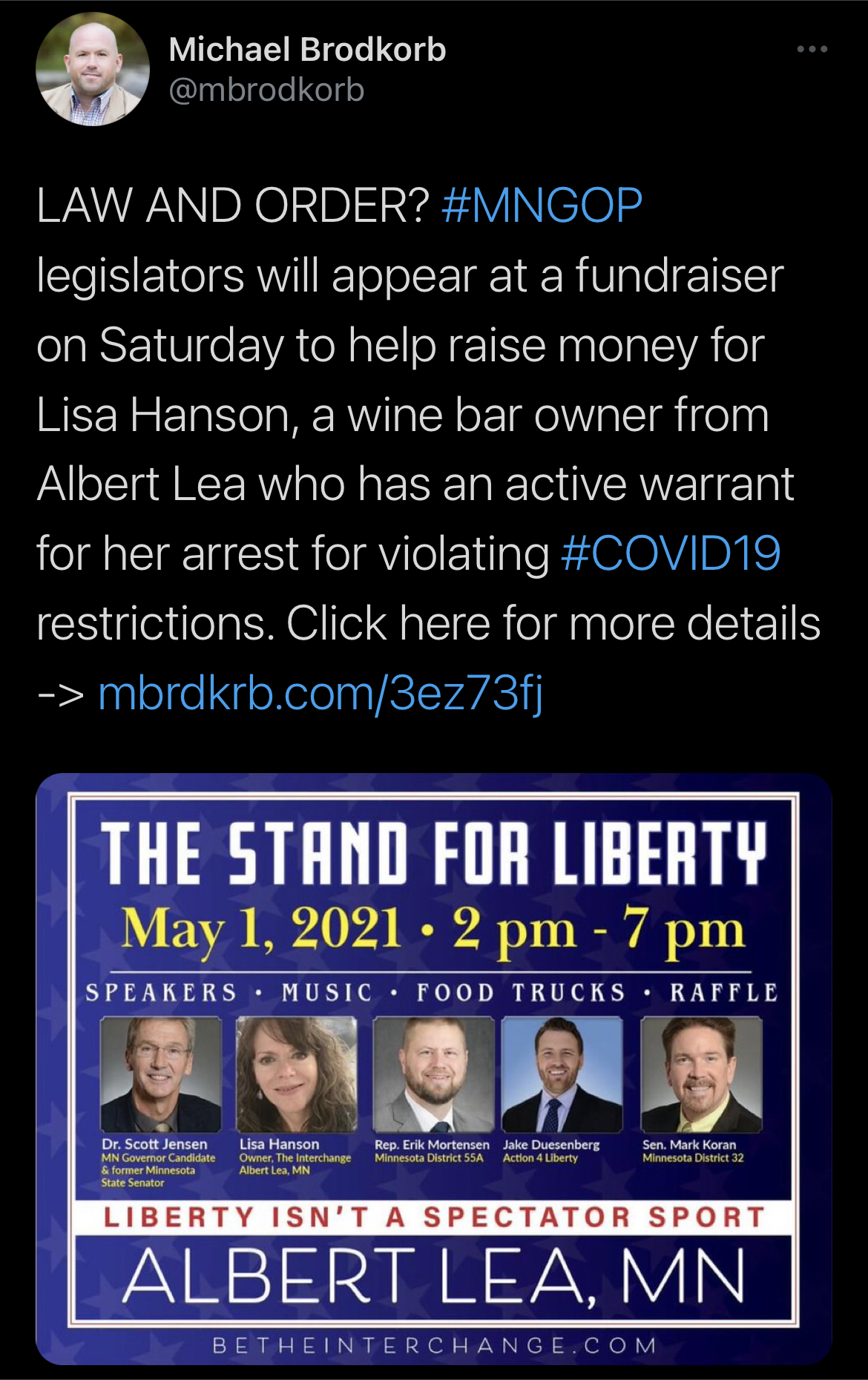 Rep Erik Mortensen and Action 4 Liberty President Jake Duesenberg aren't backing down to the woke mob and will be featured in the early line up for the event that begins at 2 pm. Quoting Thomas Jefferson, Mortensen states "if a law is unjust, a man is not only right to disobey it, he is obligated to do so." Of course, the matter at hand, doesn't involve a law; it centers around an order from one man. In a Constitutional Republic, laws are only passed by legislatures.

The left wing press have started to cover the event and the woke mob, including DFL legislators have taken to Twitter to voice their condemnation. In one case, a woke activist assumed that if Lisa was a black woman, she'd been arrested already. This remark caught the attention of Larvita McFarquhar, a black woman and owner of Havens Garden in Lynd, who defied the Governor's order back in November and has never been arrested. Larvita is likely to be speaking at the Stand for Liberty rally as well. 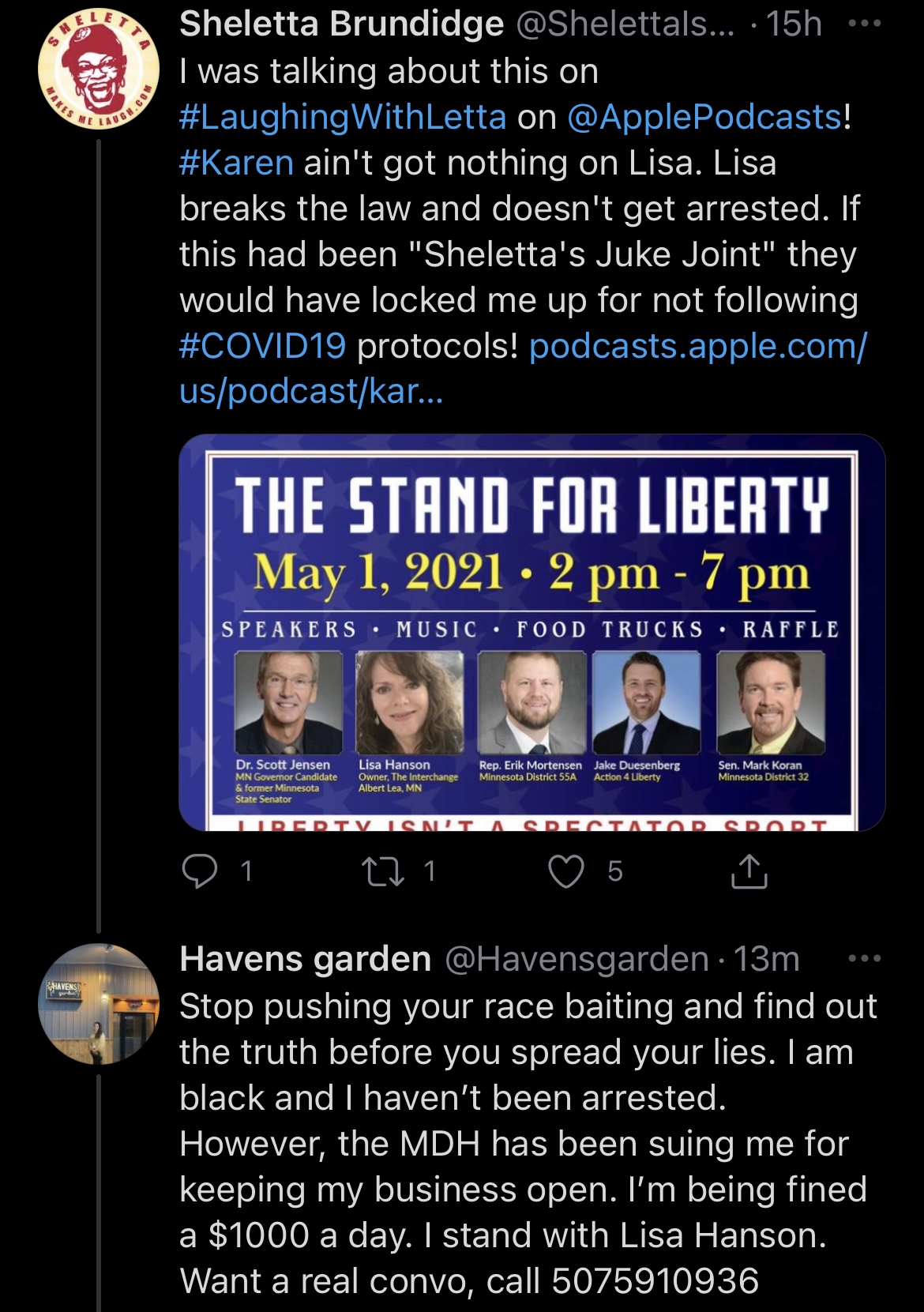 Want to join a group of patriots who are standing up against the tyranny of Governor Walz' and the woke mob? Come on down to Fountain Lake Park in Albert Lea, this Saturday, May 1st from 2 pm to 7 pm. Support Lisa Hanson's courageous stance against Walz' illegal and unconstitutional orders. Here's the Facebook Event page.