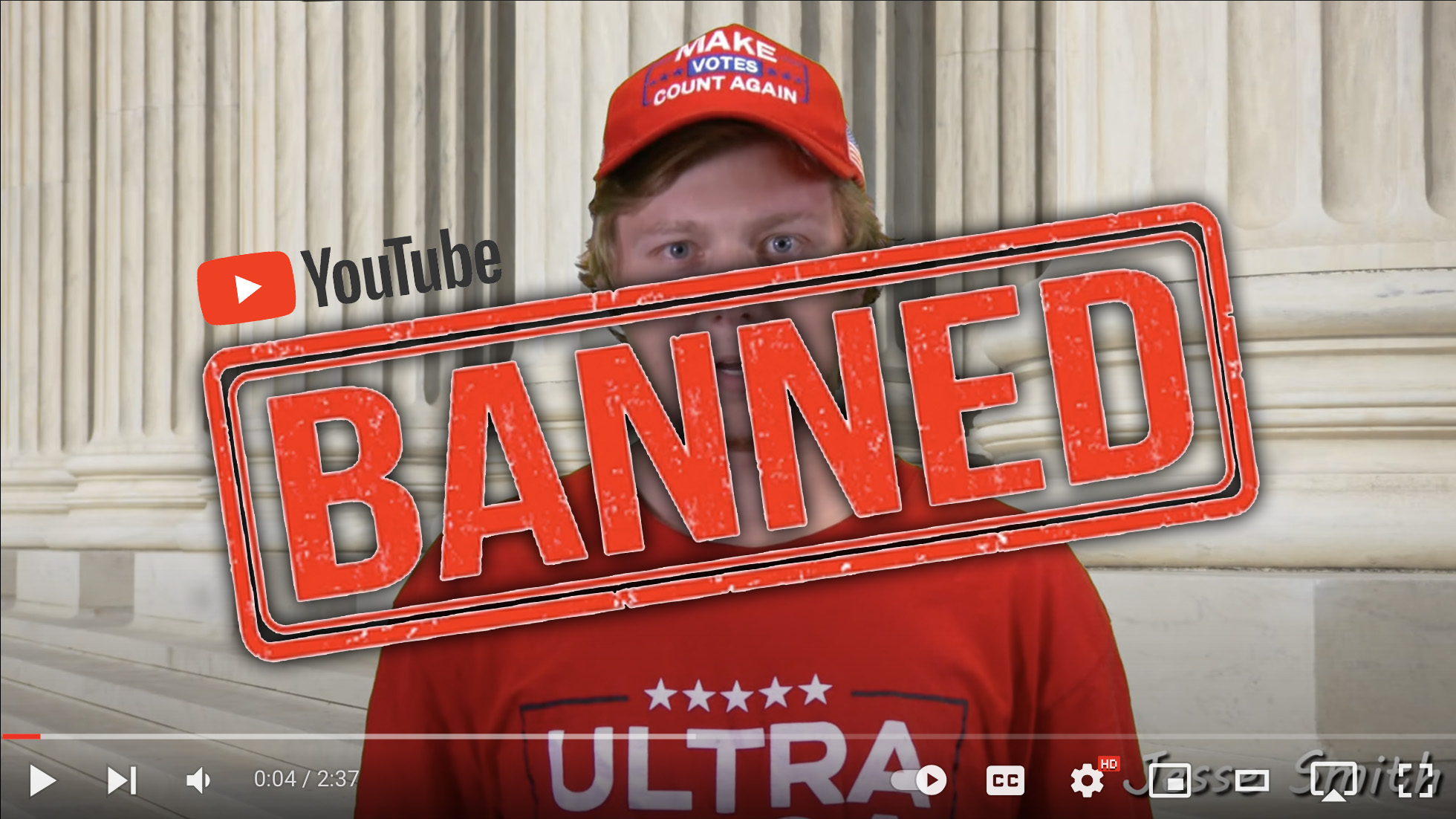 After Biden's disgusting speech that called tens of millions of Americans a "threat" to democracy, we produced a video defending MAGA Republicans with our very own, MAGA Jesse Smith. The video has already been viewed by over 30,000 people on Facebook. But this morning, YouTube removed it from our channel and issued us a strike for "violating community standards."

See the Banned video on our brand new Rumble page: 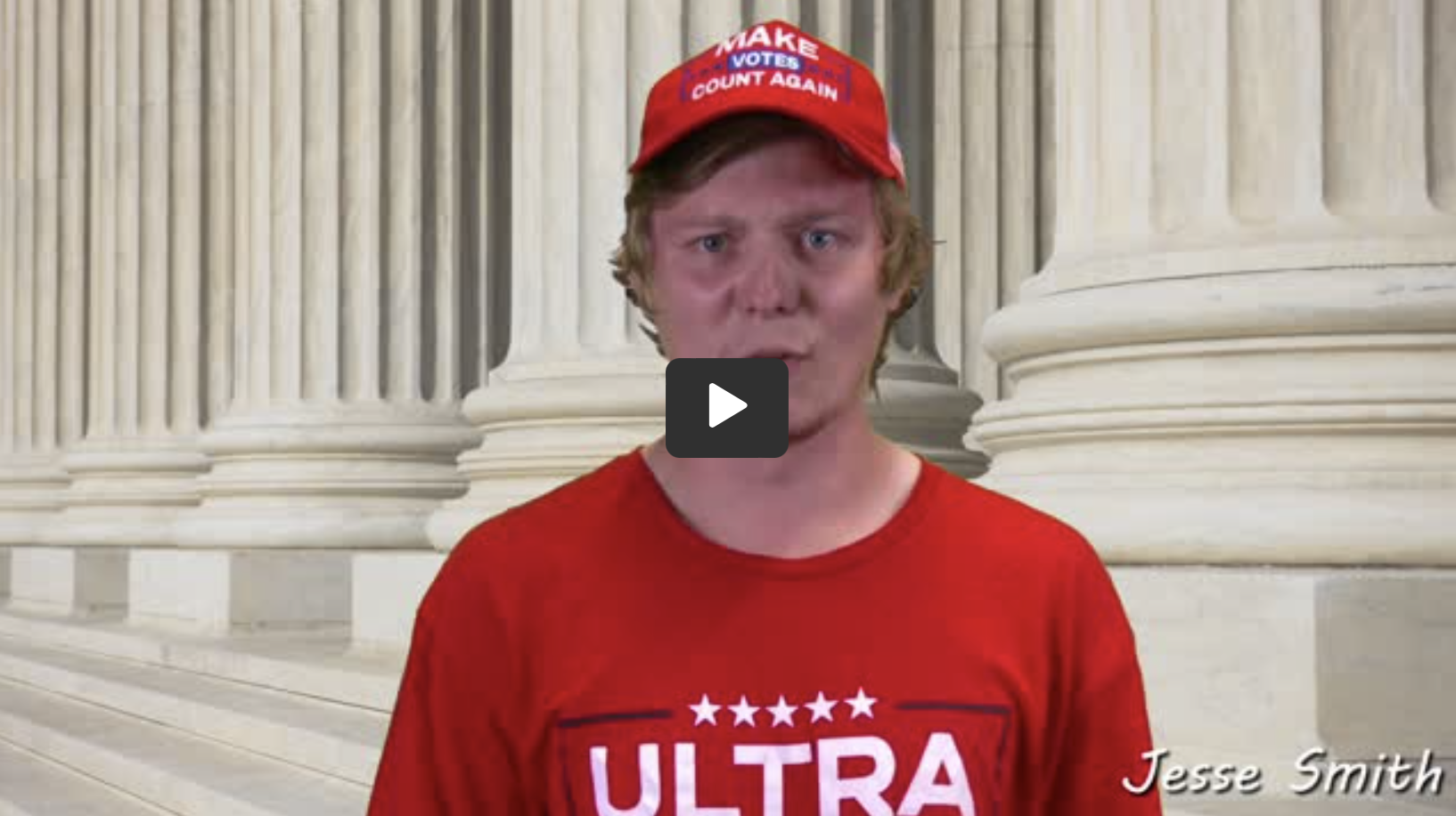 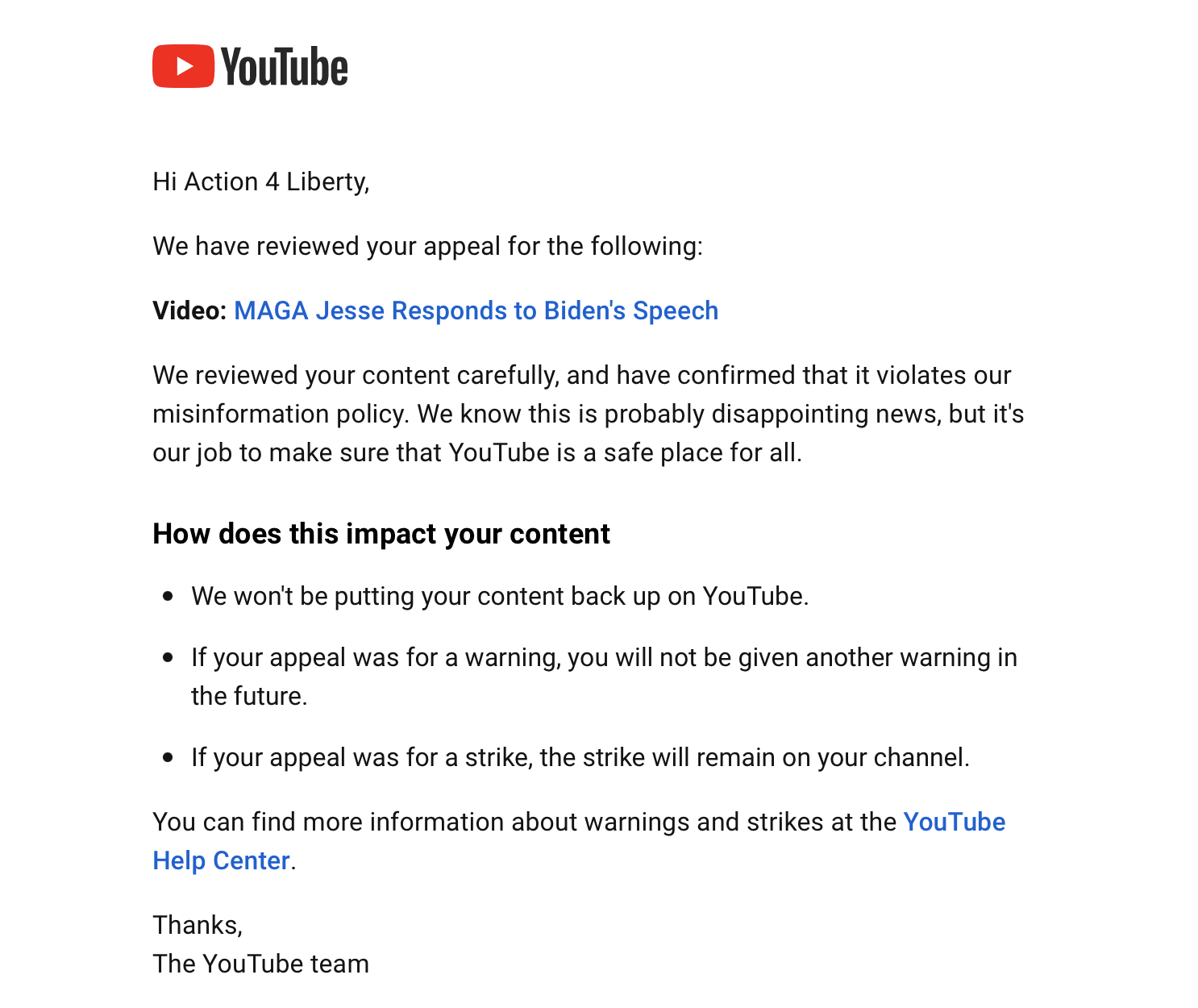 It doesn't appear that YouTube has another process for appeal. Their vague rationale for upholding the ban is "to make sure that YouTube is a safe place for all." I guess they've taken a play out of Biden's playbook and consider MAGA Jesse a threat to safety.

Please subscribe to our Rumble channel and hit the "+" button on Jesse's banned video.