Another Senator Signs onto the Never Again Bill 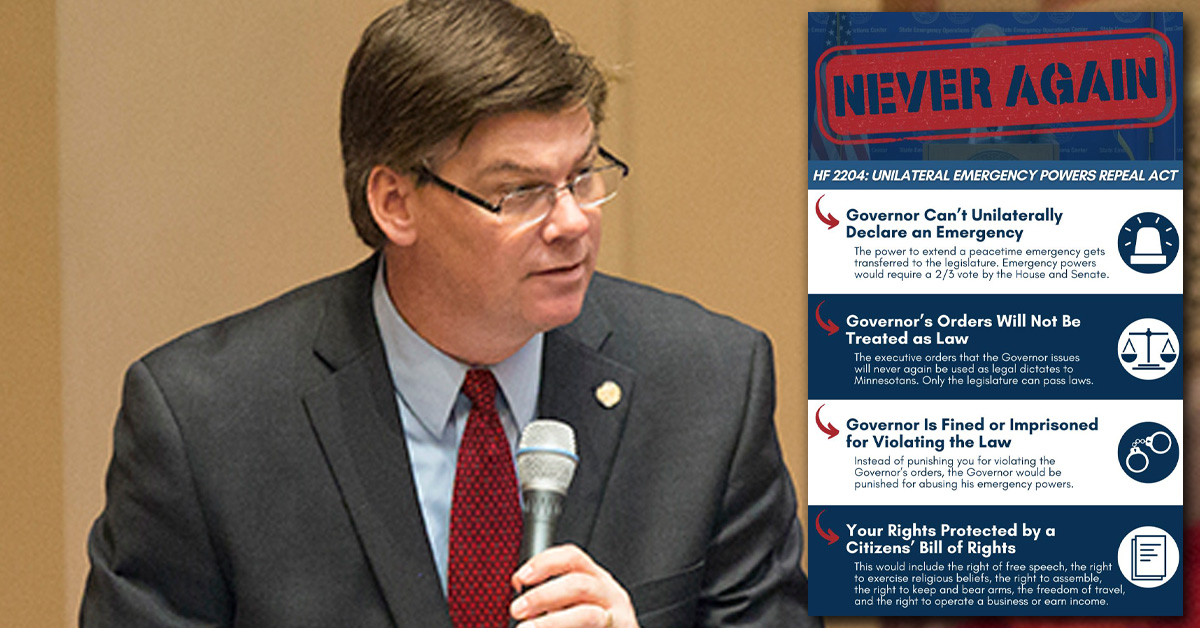 The Never Again Bill has momentum going into the 2022 Legislative Session. A fourth Senator has signed onto the important piece of legislation that repeals the Governor's powers to unilaterally declare an emergency.

Senator Eric Pratt (R-Prior Lake) added his name as a co-author on Monday. Action 4 Liberty has been doing several events in his district to educate voters about the Never Again Bill.

If passed, the Never Again Bill will remove the Governor's powers to unilaterally declare an emergency. Instead, 2/3 of the Legislature would have to agree that an emergency exists. And if they do, the Governor would be prohibited from infringing on the rights of Minnesotans. His powers would be limited to coordinating with federal or local agencies to provide emergency relief.

Rep Erik Mortensen is the chief author of the Never Again Bill. The Senate version, SF2356, can be found here. 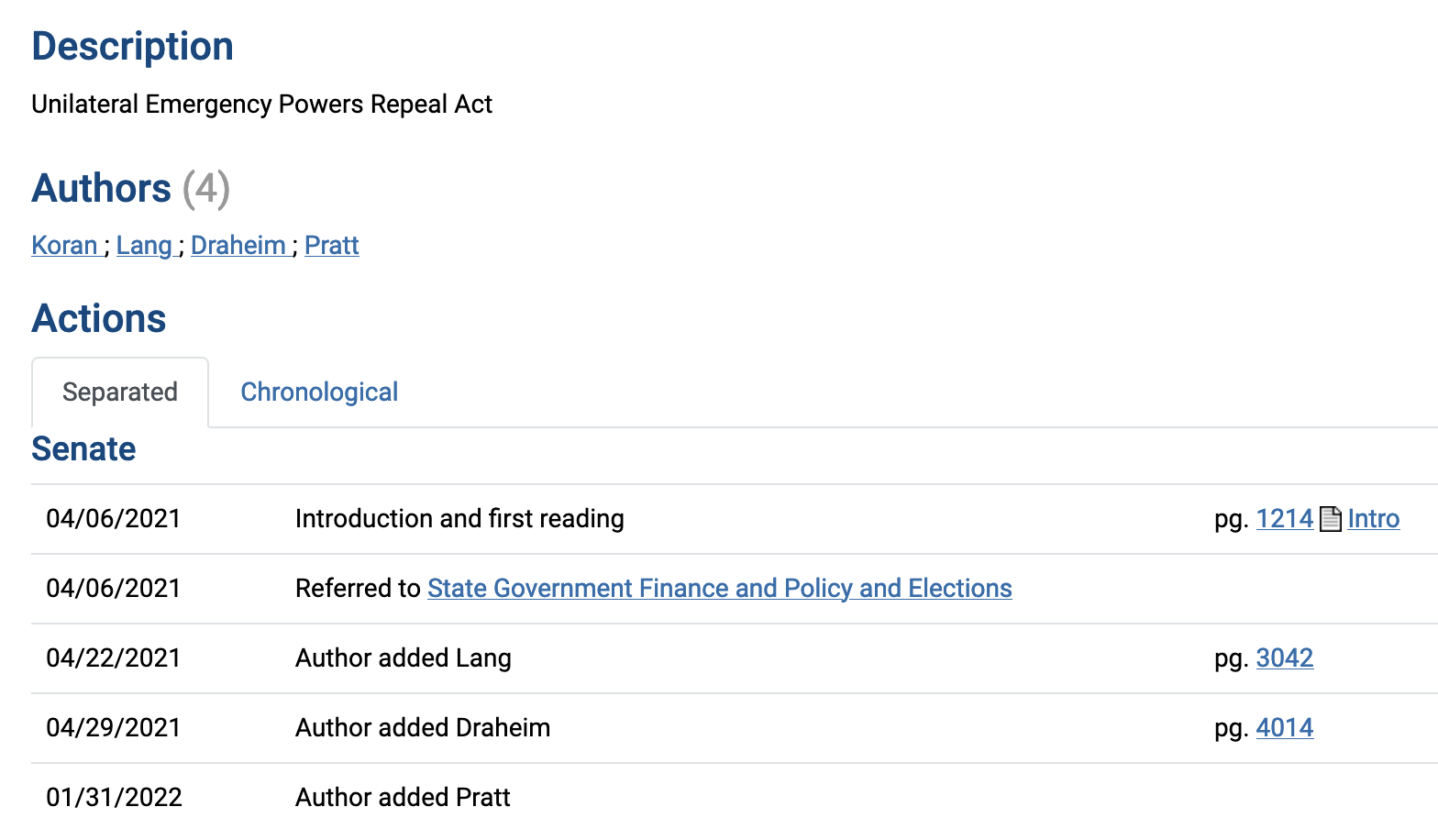