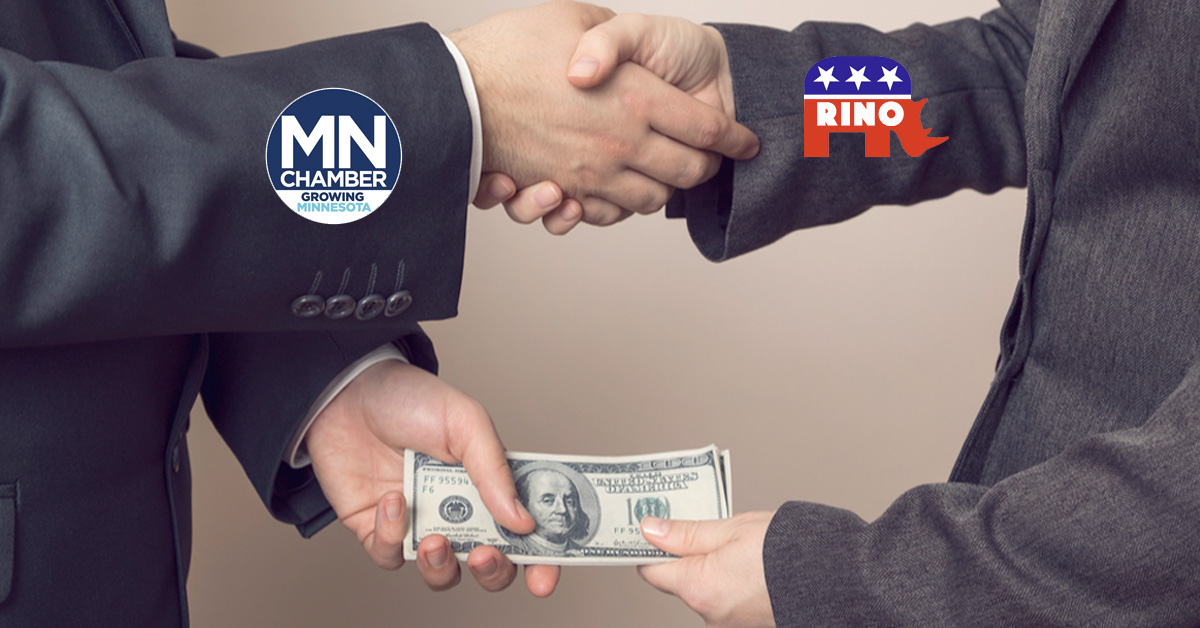 The Minnesota Chamber of Commerce is a big government, Establishment friendly group at odds with conservatives who want smaller government. The Chamber of Commerce has also long been in the political game, advocating for radical policies like drivers licenses for illegals, while being mostly silent as Tim Walz attacked small businesses during COVID. This election cycle, they are out to get liberty candidates who support limiting the size and scope of government.

Forming a political committee called the “Pro Jobs Majority Fund,” the Chamber is sending mailers on behalf of un-endorsed, Establishment candidates who are running against endorsed, anti-establishment liberty candidates. Below you can see the evidence from the Campaign Finance Board showing Chamber of Commerce emails attached to this special interest group. 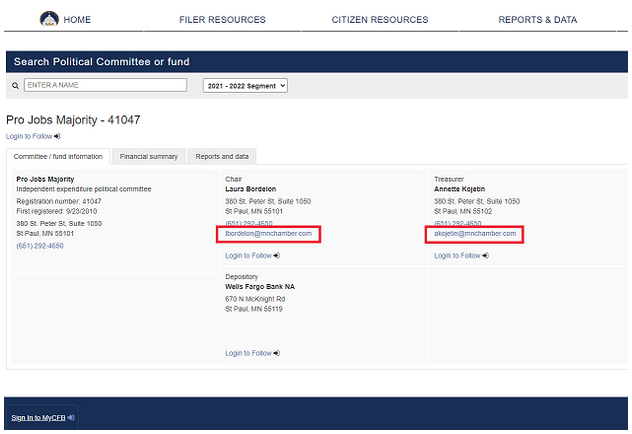 Mailers are known to have been sent out for at least two legislative races so far; State Senate District 54 and State House District 33B. In SD54, Natalie Barnes took out a 10 year incumbent for the GOP endorsement, Eric Pratt, after only campaigning for five days! Barnes won 62% of the support from delegates on the first ballot at the Endorsing Convention, showing that conservatives want new, bold leadership. In House District 33B, Mark Bishofsky defeated an establishment backed opponent, Tina Riehle, with a commanding victory of 82% to 18% on the first ballot at the Endorsing Convention.

The Chamber of Commerce has decided that the hardworking, conservative activists don’t know what’s best for Minnesota. These wins by Barnes and Bishofsky were not flukes, they were decisions made by fed-up patriots who carefully considered their options. Two first ballot victories by such wide margins show where the people stood on these candidates. However, the Chamber has sent out the following flyers, with the same templates, for both of the un-endorsed, establishment candidates. See below: 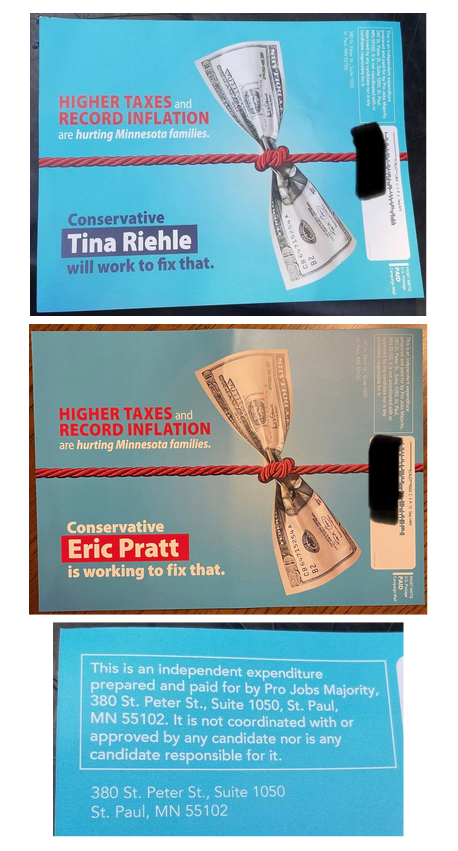 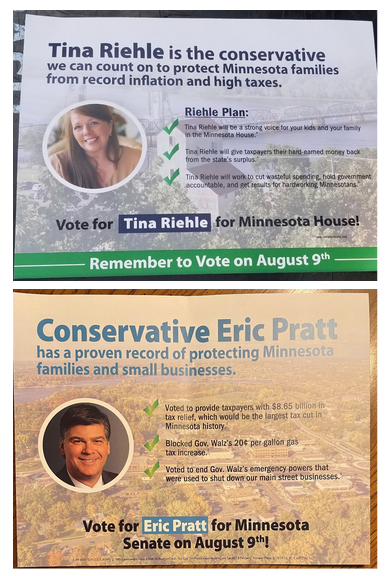 The Establishment loves Endorsing Conventions when RINOs win, but reject them when their candidate loses. The status-quo of the GOP is crumbling as liberty champions enter the fight to take back our government. The Chamber’s support of candidates who don’t have authentic, grassroots support in their own communities is proof that the Establishment is failing. More importantly, it highlights that there is a war going on for the heart