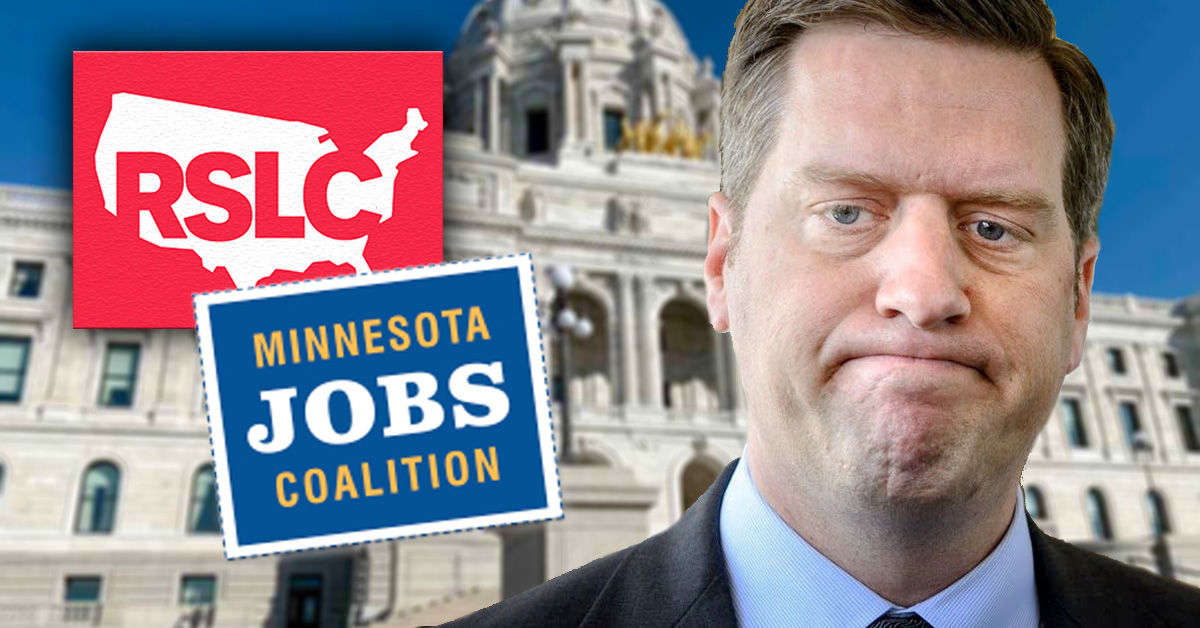 The Kurt Daudt aligned Minnesota Jobs Coalition has a registered political committee called the MN Jobs Coalition Legislative Fund which made the expenditures leading up to last Tuesday's primary. Campaign Finance Records show that the RSLC donated $500,000 to the committee prior to July 18th Pre-Primary reporting period. And another $250,000 after that. All known expenditures were made after July 18th. 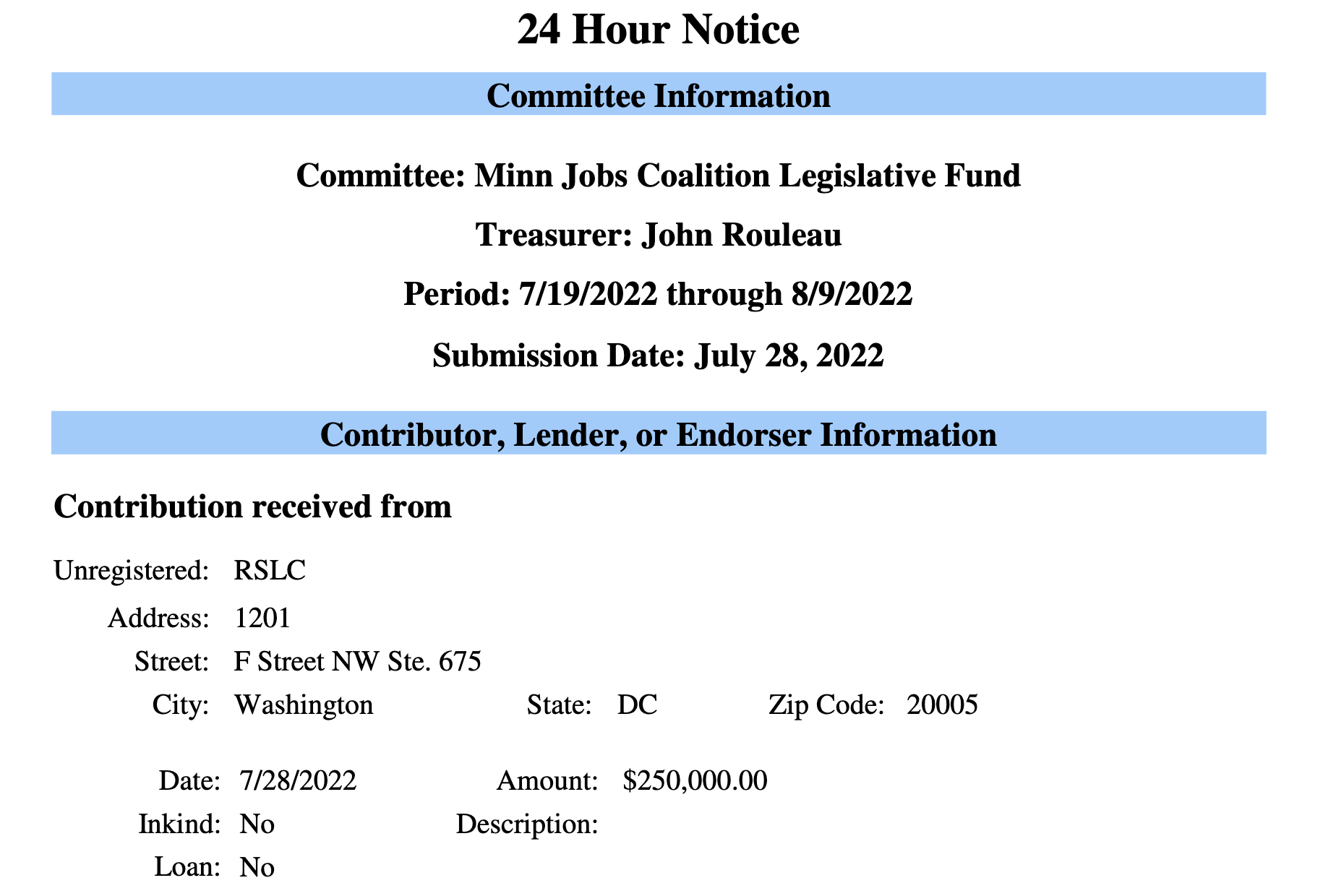 The MN Jobs Coalition Legislative Fund then took that money and sent mailers, bought cable tv ads and other expenditures to lie and defame conservative candidates. In the case of Rep Erik Mortensen (A+ rated Legislator on our Scorecard), the Committee accused Mort of supporting wasteful spending. Mortensen in his two years at the Capitol, has voted against every bill that grows the government. 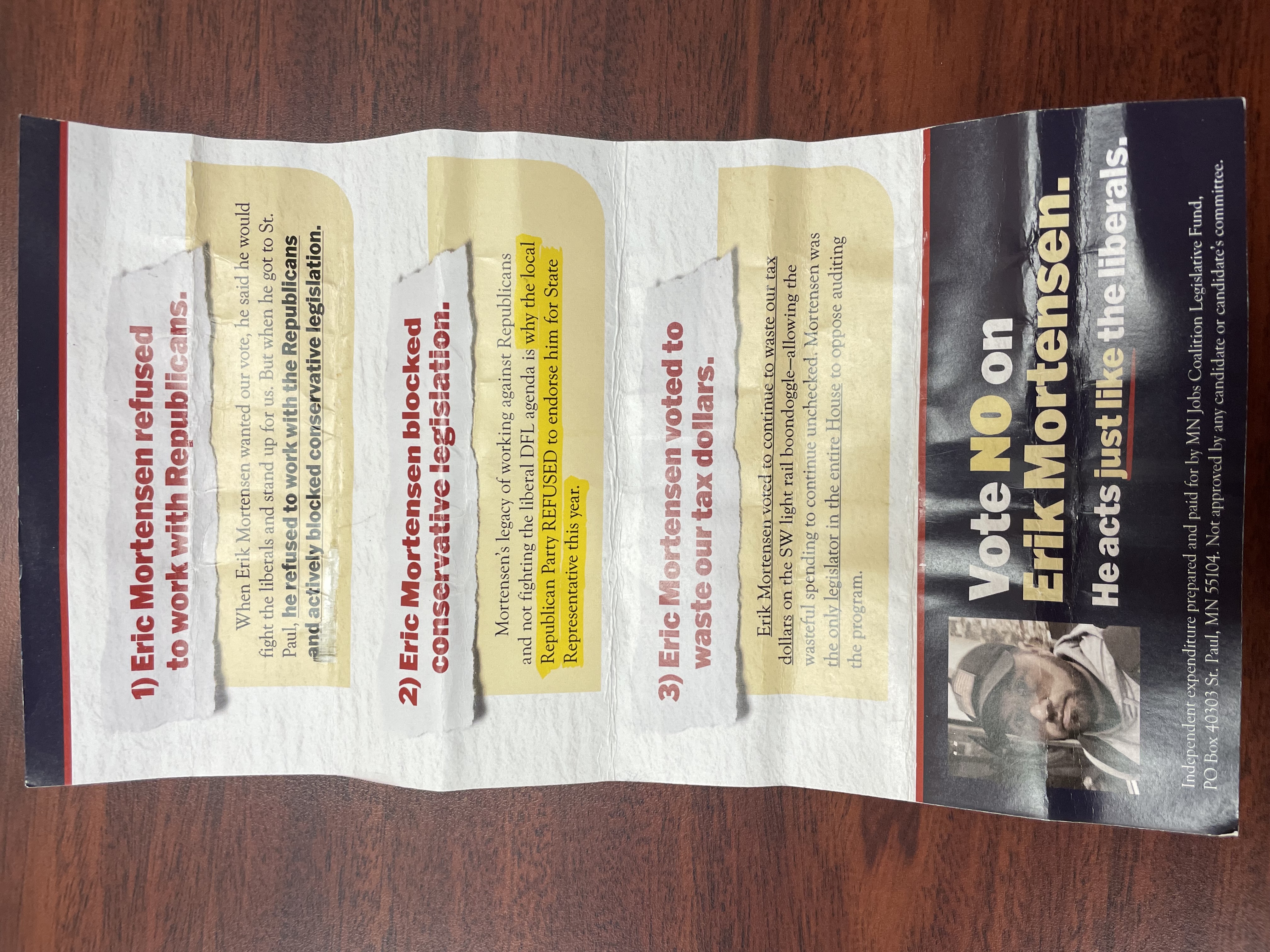 Even more absurd, expenditures against Mark Bishofsky accused him of being pro-vaccine mandates. Bishofsky emerged on the political scene in August of 2021 when he left his job of 23 years as a respiratory therapist because he refused to get the experimental jab. He then created "Stop the Mandate" rallies that attracted tens of thousands of activists to get involved in the fight against the vaccine mandates. 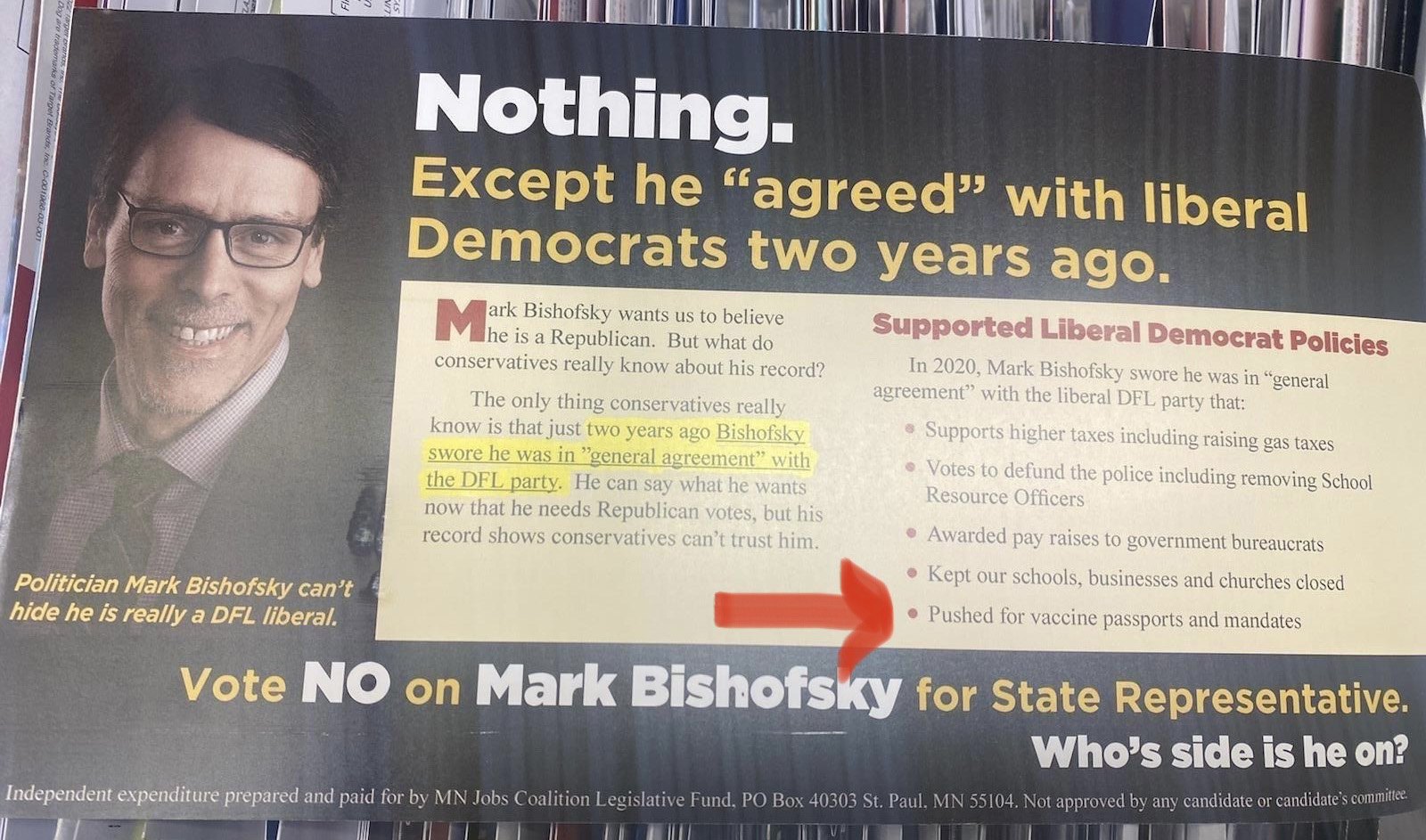 Tweets from the RSLC recently suggest their objective is to beat Minnesota Democrats so Republicans take over the majority again; not to beat grassroots, conservative candidates in the primary. 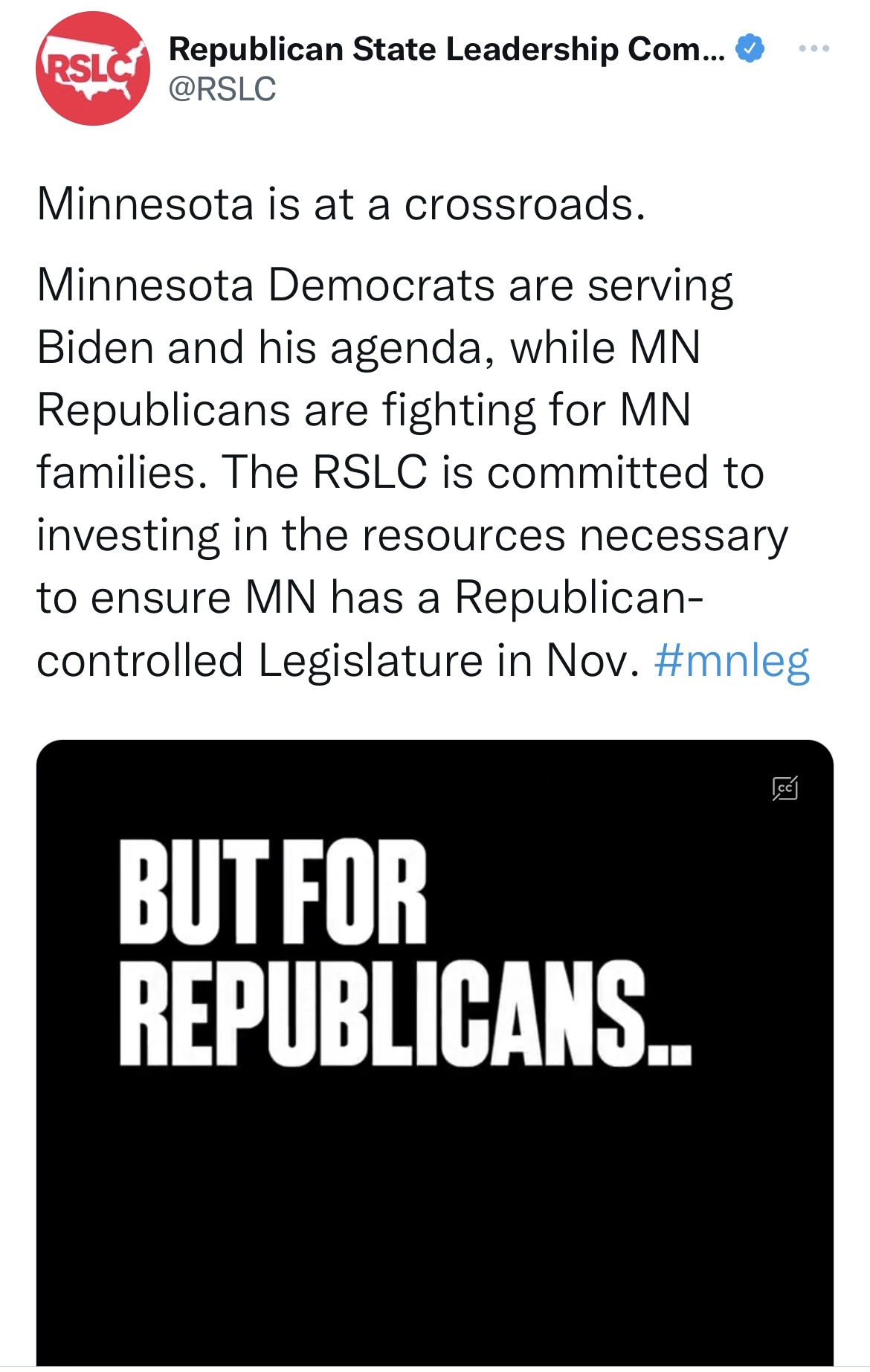 Advising the RSLC on how to fund operations in Minnesota is Lobbyist Legislator Kurt Daudt and Assistance Minority, and Daudt loyalist, Anne Neu. Both sit on the RSLC's Legislative Campaign Committee. 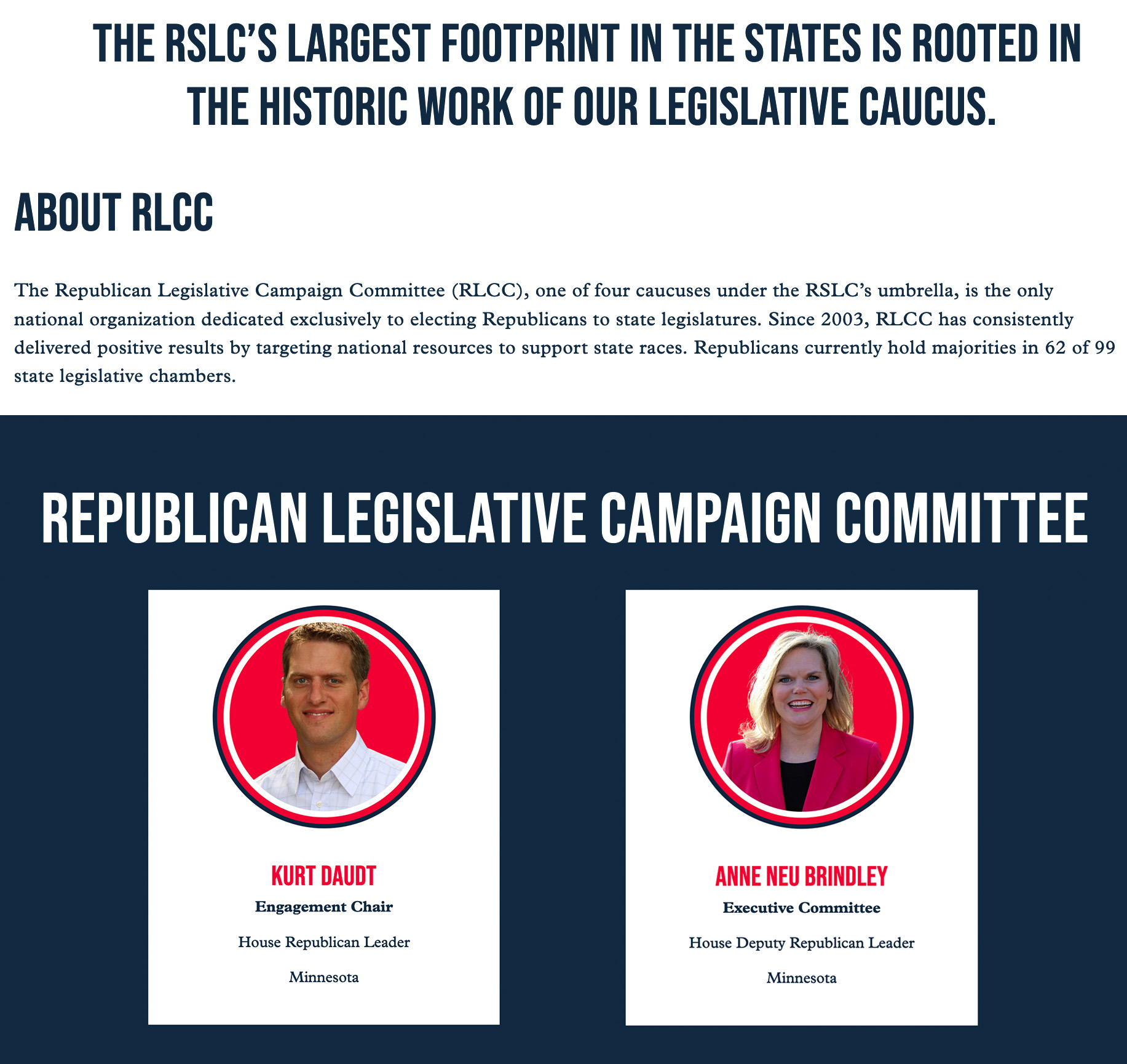 Does the RSLC Board know that these funds are being channeled into Minnesota and used against conservative candidates? In the case of Mark Bishofsky and Mike Wiener, they were endorsed by the Republican Party of Minnesota. So the funds are being spent against the Party's choice for the State House.

The RSLC tweeted out a congratulations to Tuesday's primary victors. They might be in the dark that at least four of those victors had RSLC money spent against them. 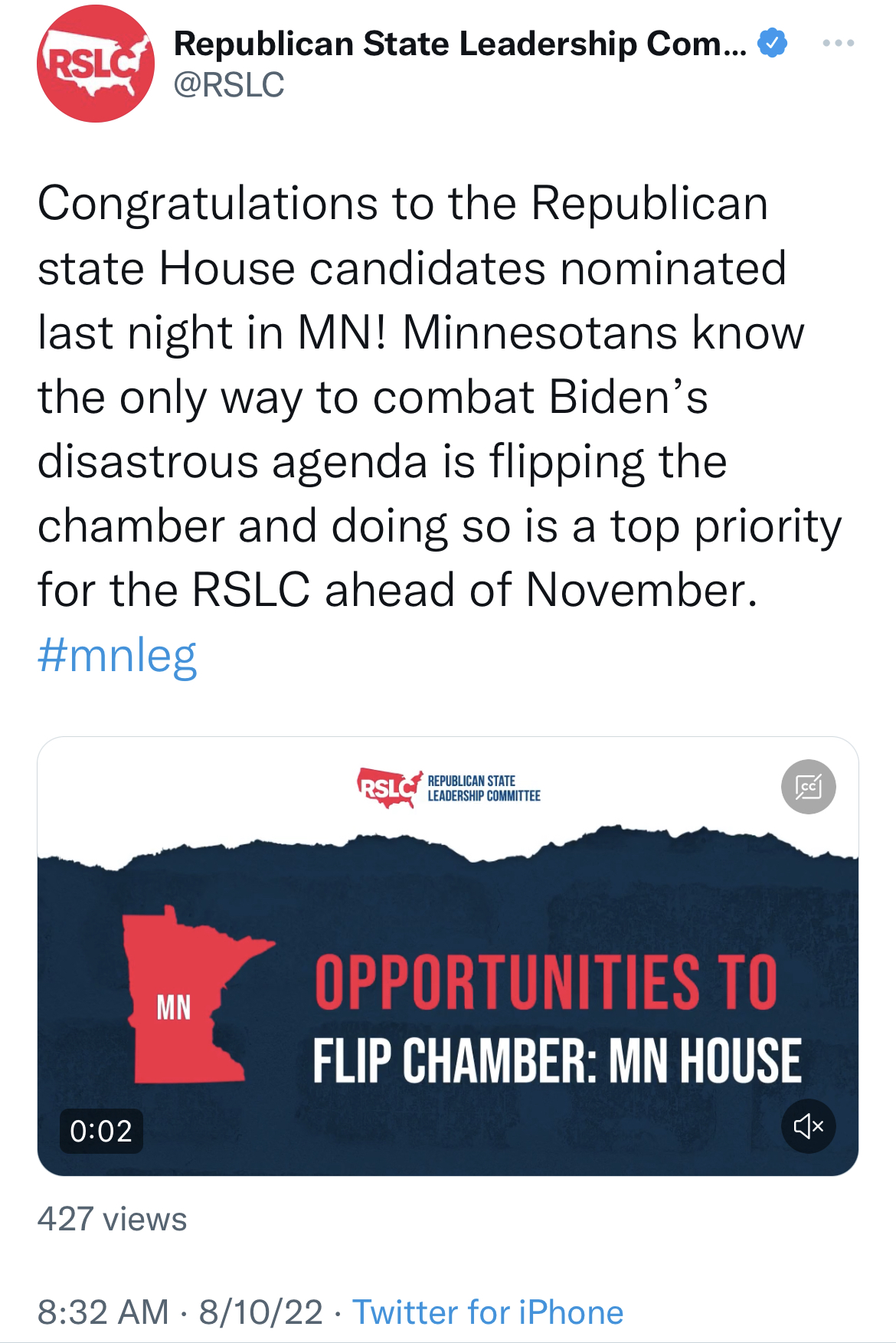 Fortunately, for grassroots conservatives in this state, the good guys prevailed against the onslaught of money spent against them. The tides are turning in this election. People are sick and tired of crony, establishment groups telling them how to vote.