DFL's Fake Complaint Against Us Dismissed by CFB

Many months ago, the Minnesota Democrat Party hired a big law firm to go after us for putting pressure on Democrat legislators who voted to protect Walz' Emergency Powers. They levied a baseless complaint with the Campaign Finance Board, asserting we were not following the laws and trying to directly influence elections.

Influence elections? This isn't even an election year. What we were doing is contacting constituents to tell them how their legislator is voting on Walz' Emergency Powers. And it was clearly effective!

They wanted to DESTROY us. They wanted YOU to lose your voice at the Capitol, so Walz' biggest adversary would go away.

The Campaign Finance Board just dismissed the baseless claim against Action 4 Liberty. 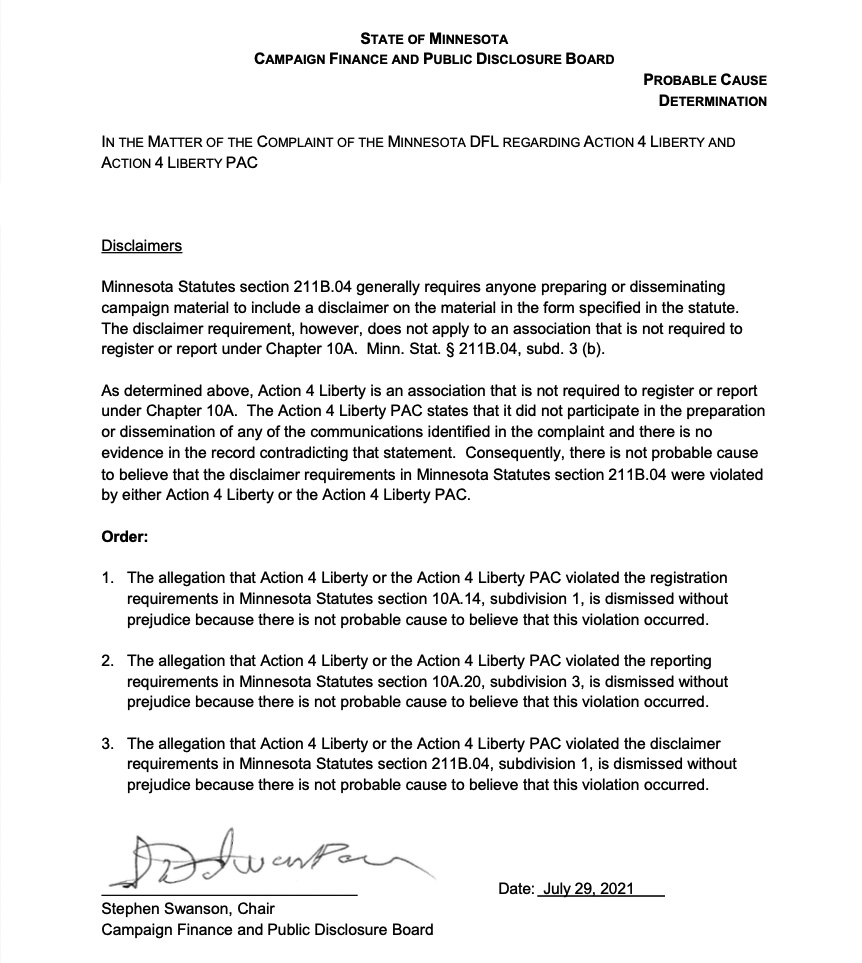 We Beat the Democrats!

Let's be honest what is behind all of this. The Democrats did this to scare us away. They wanted us to STOP bringing pressure against their weakest members. And they assumed it would work because they are used to Republicans who constantly cower to them.

But we're something completely different. We don't back down. We take the fight to them. And because of your support, we have the ability to carry on the mission.

Please continue supporting the one group in Minnesota who does not back down to the Democrats and Radical Left!