Dr. Neil Shah, an outsider and newcomer to the political arena, dominated in the heavily publicized debate hosted by the Freedom Club, Minnesota Family Council and Alpha News. Shah came across as a fighter when he attacked the liberal record of former Senate Majority Leader Paul Gazelka. All other candidates on the stage failed to spar like Shah, which is likely why the Straw Poll taken at the end showed Shah as a massive winner.

Dr. Shah won by a huge margin, taking 48.5% of the votes. Coming in a distant second was Michelle Benson at 15%. Establishment candidate Paul Gazelka came in dead last with only 10.2% of the vote. 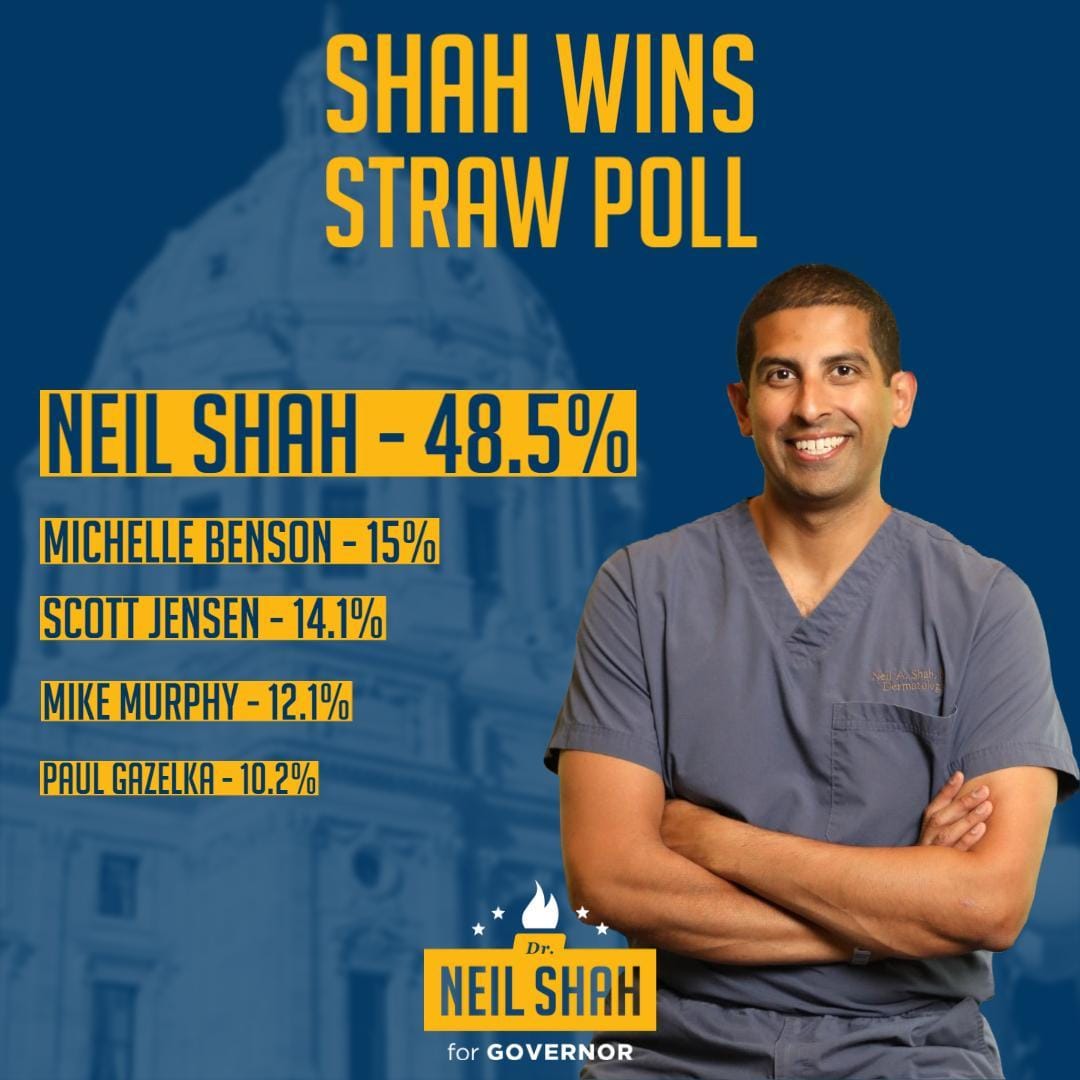 Another candidate, Dr. Scott Jensen, recognized Shah's performance in an Alpha News interview following the debate. "Hats off to Dr. Neil Shah...well spoken, charming personality, and a true wit, i think Neil was truly the dominant voice on the stage" stated Jensen.

The Shah campaign, which can be found by visiting ElectNeil.com, released the following video of some of his responses:

Alpha News also tweeted out a video clip of Dr. Neil Shah's stance on the 2nd Amendment, which included him mentioning how he regularly carries a "Glock 43, with a plus 2 base plate" and that he believes ".300 blackout is the best round out of an AR."

"I will continue to carry my Glock when I serve as your governor."