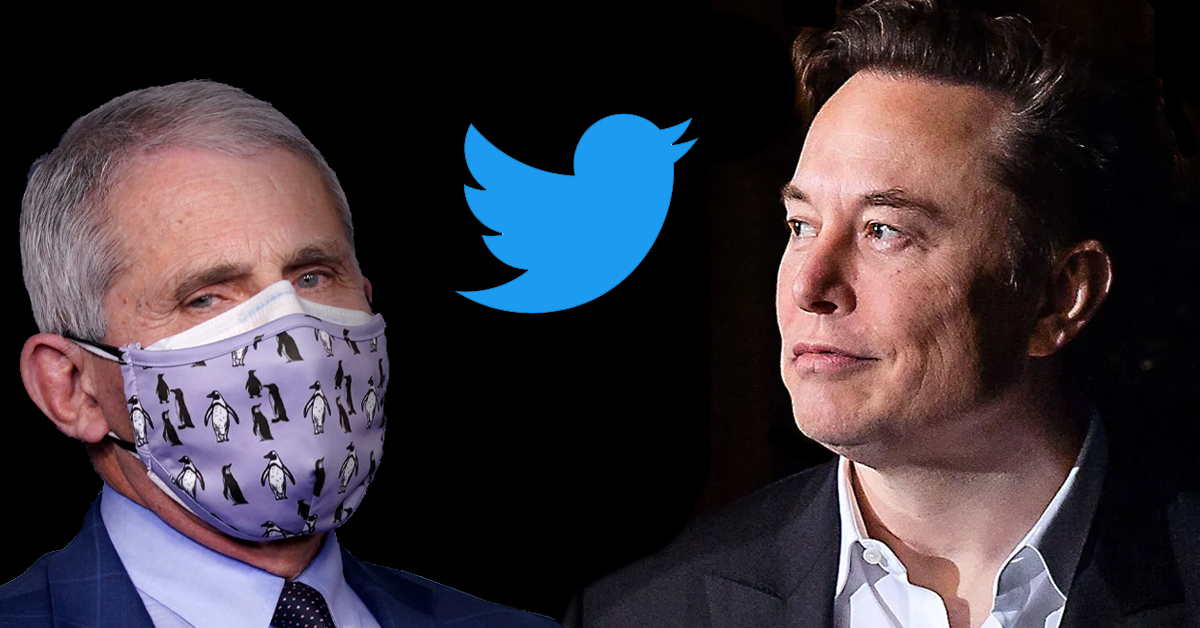 On Sunday, Elon Musk teased the release of secret information regarding Dr. Anthony Fauci, which some are already calling the "Fauci Files". Since taking over Twitter, Musk has released information about the coordination of social media giants and the government in an infamous series of releases called the "Twitter Files". And in the last week, Musk has also made a bunch of tweets criticizing Fauci, including the most notorious one: "My pronouns are prosecute/Fauci".

Musk tweeted on New Years Day that 2023 will not be "boring." Juanita Broaddrick replied to the tweet and got an answer from Musk: 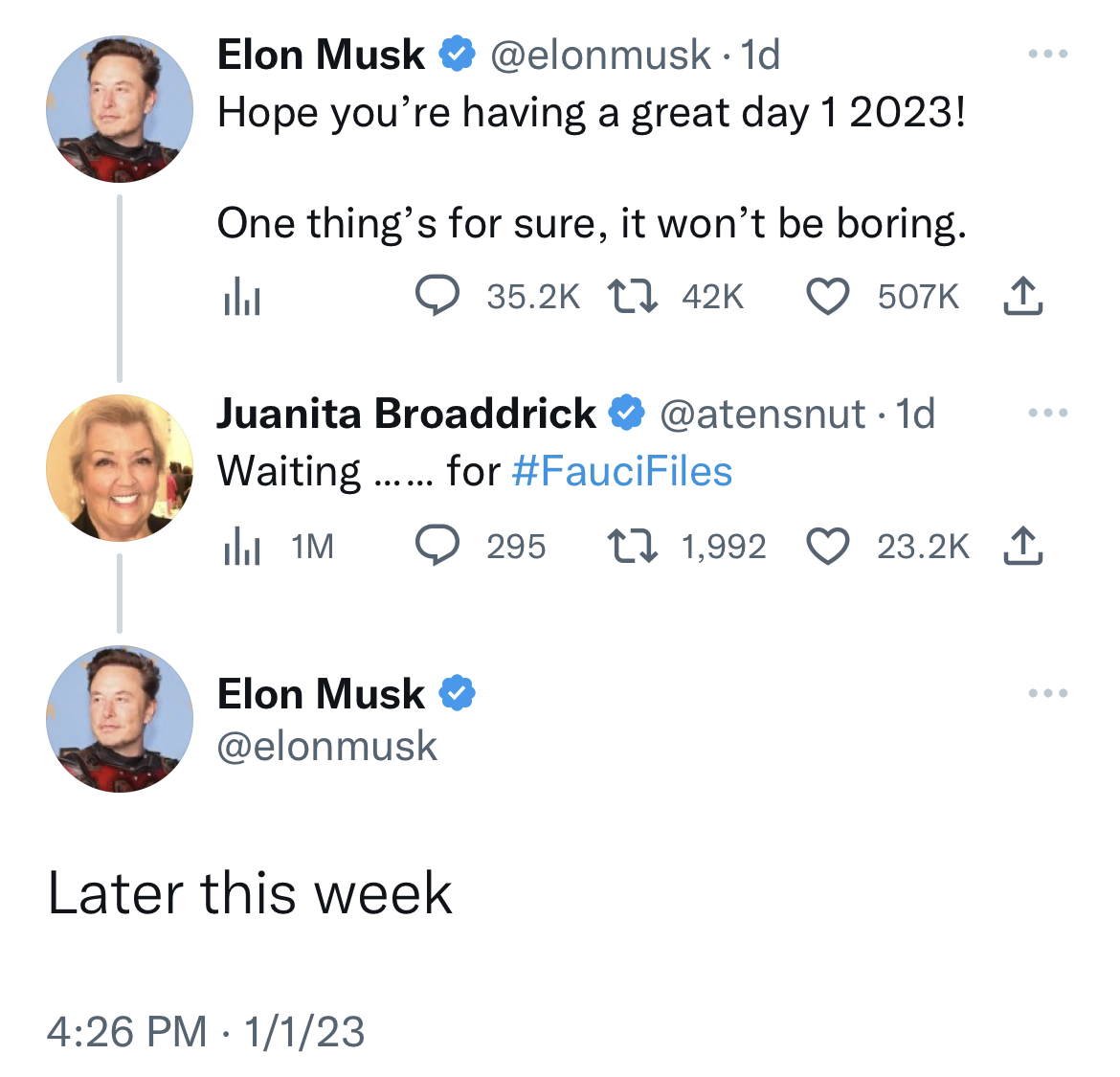 What are we going to learn about Fauci? Is their damning evidence that he knew about the gain-of-function research and how he caused the release of COVID-19? Will his lies about masks and vaccines become well documented to the public?

We're eagerly anticipating the release of this information and will bring it to you as soon as it comes out!