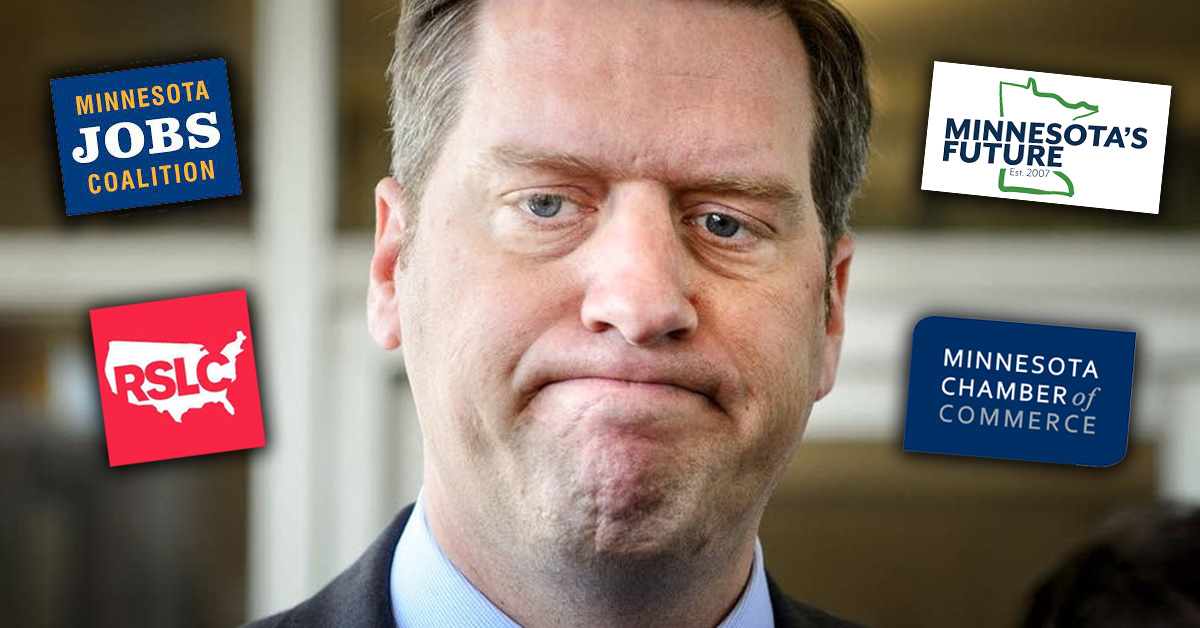 Leading the pack against conservatives was the Rep Kurt Daudt aligned MN Jobs Coalition, which received its funding from the Republican State Leadership Committee. We wrote about lobbyist legislator Daudt's relationship with the RSLC back in August. The MN Jobs Coalition spent a total of $158,614 in four separate races, and lost them all.

- $64,903 in an attempt to beat Medical Freedom Champion Mark Bishofsky (Bishofsky won by a 20 point margin)

The MN Jobs Coalition raked in $1,200,000 according to their report, all from the Washington D.C. based group, RSLC. It's unknown if the RSLC was aware that money sent to the MN Jobs Coalition was being used against conservative candidates in Minnesota.

The Minnesota Chamber of Commerce's campaign arm, the Pro-Jobs Majority, spent $126,590 trying to protect Establishment candidates against their conservative opponents. On their report, they also spent nearly $10,000 to beat Medical Freedom Champion Mark Bishofsky of Stillwater.

In two races, the Chamber tried ousting the more conservative, Republican endorsed candidates: $17,930 to prop up Nurse Natalie Barnes's opponent and $19,457 to prop up Bret Bussman's opponent. They were successful in those races.

But the Chamber wasn't successful in its attempt to beat Health Freedom Advocate, Dr. Bill Lieske. They spent $10,972 to prop up his opponent. Dr. Lieske won by a +20 margin on election night. They also failed in beating Pam Altendorf despite spending $10,884 on her opponent as well.

The most notable part of their report was that they spent a whopping $46,822 to defeat Lisa Hanson, who made headlines in December of 2020 when she defied Governor Walz' orders to shut down her bistro. Hanson eventually was sentenced to 90 days in jail and is seen as a heroic, conservative warrior who stood up to the radical leftist Governor Walz. Minnesota's Future spent money to help F-Rated Senator, Gene Dornink win.