Even the Star Tribune Questions Omar 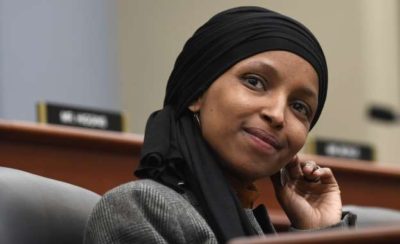 Minnesota's great embarrassment Ilhan Omar generally gets a pass by the overly sensitive Minnesota news media. However, it appears Omar has crossed the line when it comes to the editorial board of the Star Tribune.

The Campaign Finance Board's investigation of Ilhan Omar's state campaign committee was made public last week. They concluded that she committed many violations and is required to pay back over $3,400 to the committee and was fined $500. The evidence suggested that she used campaign funds for personal use.

Among the personal uses of funds was the development of a "crisis management" team led by Omar's divorce attorney. The Board looked into allegations that campaign cash was used to pay for her divorce. They could not find evidence of that, however, they did uncover that Omar filed joint tax returns with a man that was not her legal husband.

The Star Tribune writes: "It’s against the law in Minnesota to file jointly unless one filer is legally married to the other. Last year Omar told the Star Tribune that she had married her partner “in her faith,” and had earlier divorced her first husband “in her faith.” That’s fine for religious purposes. But for tax purposes, only civil marriages qualify. It’s not known whether she benefited materially by filing jointly. That is something that voters, who are obliged to follow tax laws no matter how painful, are entitled to know."

The sloppiness of Ilhan Omar's compliance of finance law and her apparent violation of tax law led the editorial board of Minnesota's largest paper to come out against her. The Strib concludes with: "As an elected representative for Minnesota and one of the first Muslim women and Somali refugees elected to Congress, Omar is helping to break new ground. But more is expected of her than the symbolism attached to her victory."