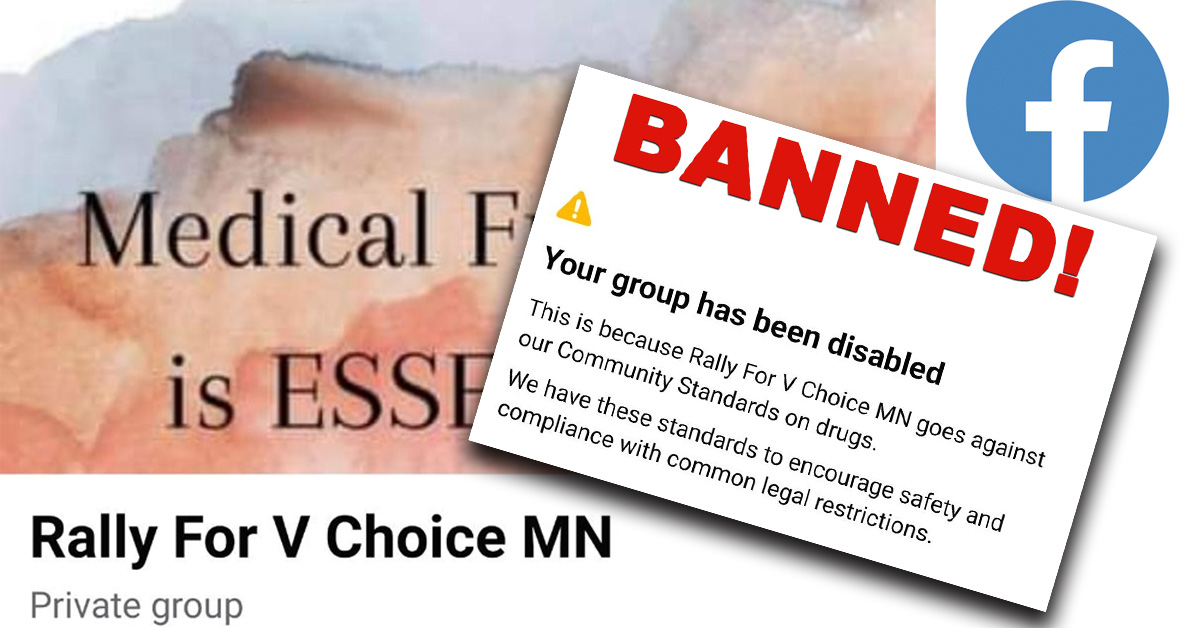 On the Eve of Christmas, Facebook disabled a popular Medical Freedom group called "Rally for V Choice MN" because, according to the company's message to the group, it "goes against [Facebook's] Community Standards on drugs". Rally for V Choice was started by a group of nurses who wanted to promote medical freedom in the face of vaccine mandates and misinformation by the corporate media and medical bureaucracy.

The group was extremely popular from the onset. It quickly ballooned to a size of over 50,000 members who were actively engaged in dialogue about medical freedom. Samantha Schwartz, one of the founders of the group, ended up leading a statewide "Stop the Mandate" sign distribution program. Her leadership of the group and sign program was noticed by the team at Action 4 Liberty, which presented her with the Activist of the Year Award at the December 8th Christmas Event.

According to the Admin of the group, Facebook has constantly been flagging comments of posts, labeling them "misinformation" that goes against their "Community Standards". Managing the comments of 50,000 members is a near impossible task. And most likely what violated Facebook's Community Standards, was in reality, actual news and facts that counter the misinformation from the mainstream COVID narrative.