The House Republicans led by lobbyist legislator Kurt Daudt (R-Spectacle Lake) released a copy of their Fake End Powers Bill to the media this morning following their press conference. Daudt has stated on multiple occasions that his caucus will not pass a bonding debt bill unless they terminate Walz' Emergency Powers. The bill, that is currently still in draft form, would give the perception of terminating those powers, but would in practicality do nothing but allow an undefined group of legislators some oversight.

According to Daudt's Fake End Powers Bill, Walz' powers would still be able to "exercise inherent powers to provide for public health,​ safety, and welfare." Language like this would be legal cover for Walz to continue infringing on Minnesotan's civil liberties. The bill also states the "governor may make, amend and rescind orders and rules necessary to carry out provisions."

The bill in its current status does not define what the "legislative oversight committee" is, but that's the only new safeguard in place for Walz' future abuse of powers. Action 4 Liberty's argument is that Walz' powers should be completely stripped, not codified in new law.

Politicians often write bills like this to provide cover for themselves. It appears to the public like they are on our side, when in reality, nothing of significant substance has changed. House Republicans SHOULD NOT negotiate away their only bargaining chip and pass the bonding debt bill for this Fake End Powers Bill. 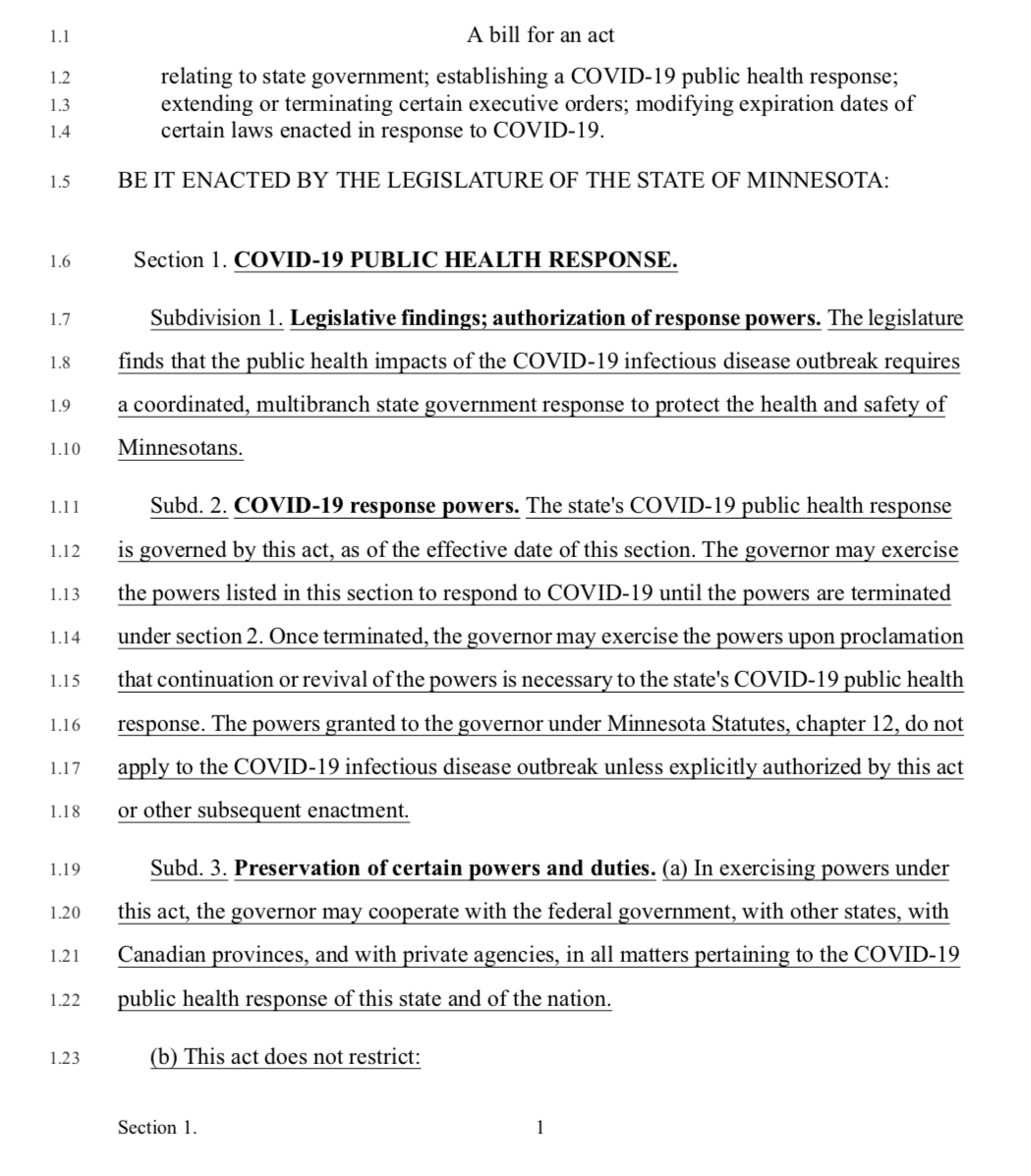