Republican Senate Majority Leader Paul Gazelka's proposed budget would grow state spending by a whopping $4.2 Billion or a 9% increase. Republicans kept their majority in the Minnesota Senate, but seem disinterested in actually reducing the size and scope of government according to their proposal. Even more disturbing, the Senate Republican's largest line item increase is funding for the Minnesota Department of Health - the agency that is targeting our small businesses and illegally enforcing Walz' unilateral orders. The Senate budget increases the department by $2.5 Billion or 18%.

Their budget, which has already passed the state senate, is the starting point of negotiations with Governor Walz and radical House Democrats. And the Governor's budget isn't that much more than their proposal. Meaning we, taxpayers, are already losing big time on this one. 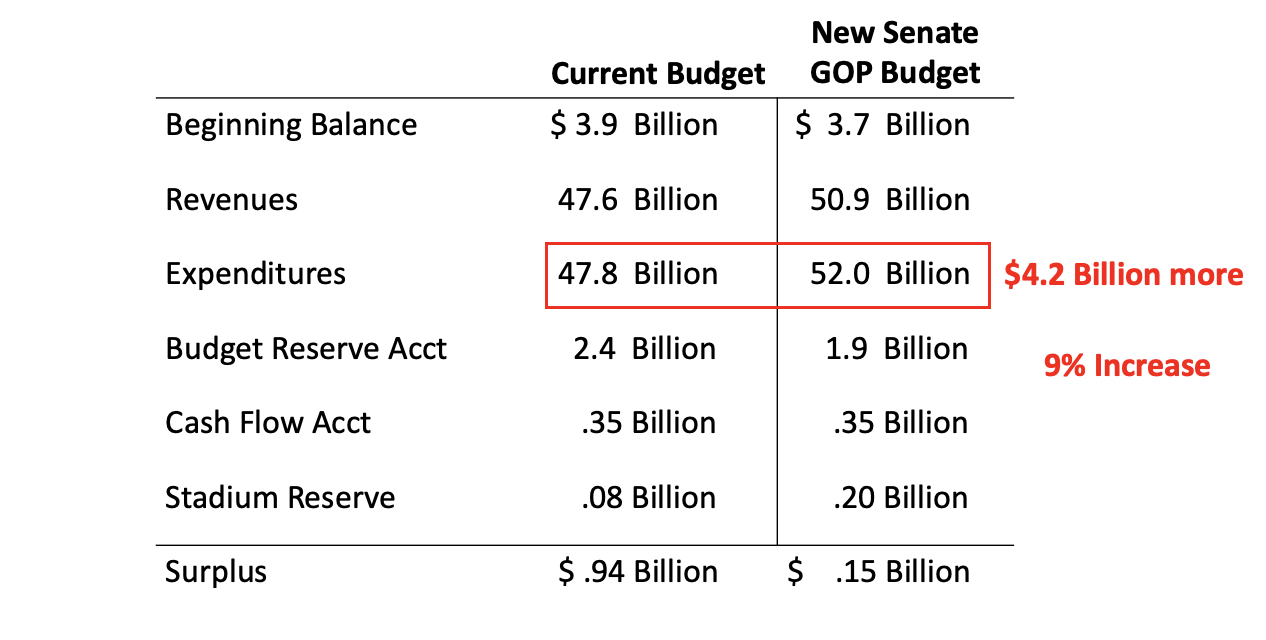 If state spending was a football field, the Senate Republicans would be within field goal distance of the higher spending end zone. In fact, their proposals' price tag is nearly on par with the Governor's, although the Governor's plan would actually increase taxes, therefore taking more money out of the private sector, which is a ridiculous proposition when the state is running a surplus. Also, both Republicans and Democrats want to keep a massive Budget Reserves Account which is another $1.9 Billion sitting in a government account for future spending. So technically, Gazelka and Senate Republicans' budget is closer to $54 Billion. 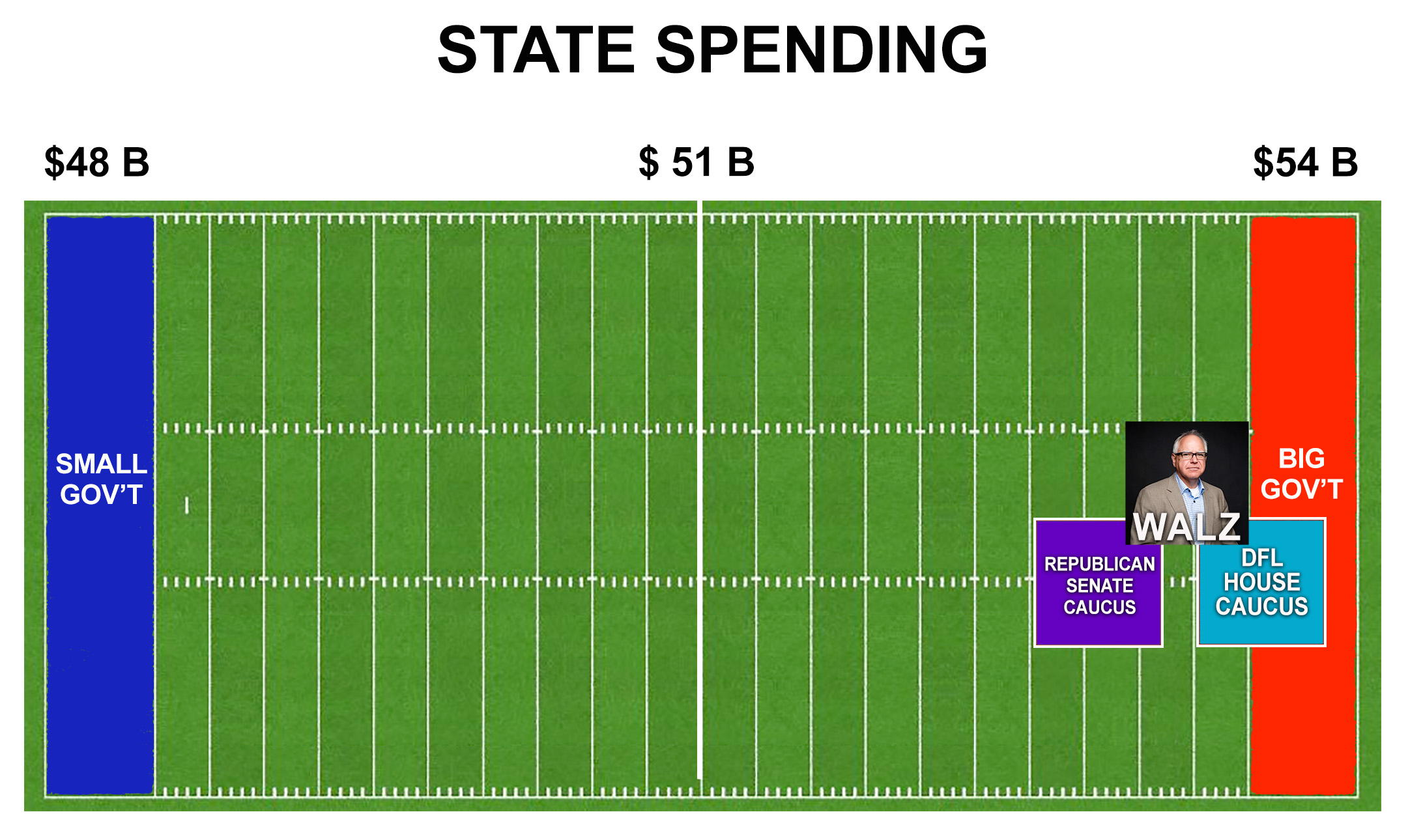 What Gazelka and Senate Republicans should be promoting is a budget that cuts government and they should REFUSE to negotiate a final deal with Democrats until the Never Again Bill is passed. That's the only way to ensure that Governor Walz' Emergency Powers are terminated for good and we stop him from issuing permanent mask mandates or implementing a vaccine passport program.

Just yesterday, Gazelka publicized the Senate's list of budget demands, and Ending Walz' Emergency Powers by passing the Never Again Bill wasn't on it. In fact, under Gazelka's list, the Governor would retain his powers going into the summer while the legislature would not be in session. This is a tremendous sell out by Gazelka!

Contact your state senator and tell him or her "No budget deals with Democrats until the Never Again Bill is signed into law"!