Why is it so difficult for Republicans in the Majority to boldly state that a taxpayer surplus should all be given back to the taxpayers? But this simple concept, an idea that will likely be said to delegates when they seek endorsement, will never be promoted in the halls of the state Capitol as long as Paul Gazelka is leading the Senate.

In a recent video interview with Alpha News, Sen Paul Gazelka proudly bragged that Senate Republicans prioritize extracting taxpayer money in our economy to boost up the government's rainy day funds. "The one area I like is making sure our reserves are full" stated Gazelka. "That's for the rainy day."

What Gazelka believes is that when there is an economic downturn and family budgets and business budgets are making sacrifices, the government should be able to operate at the same level. Rainy day funds in the government hands just insure that the bloated, wasteful spending in St Paul continues while the rest of the population is suffering financially.

Action 4 Liberty believes the government should never hold onto our money in reserve accounts and surpluses should be immediately returned to the people who paid it. Sign our petition to GIVE IT BACK and tell Gazelka we want our $1,250 back! 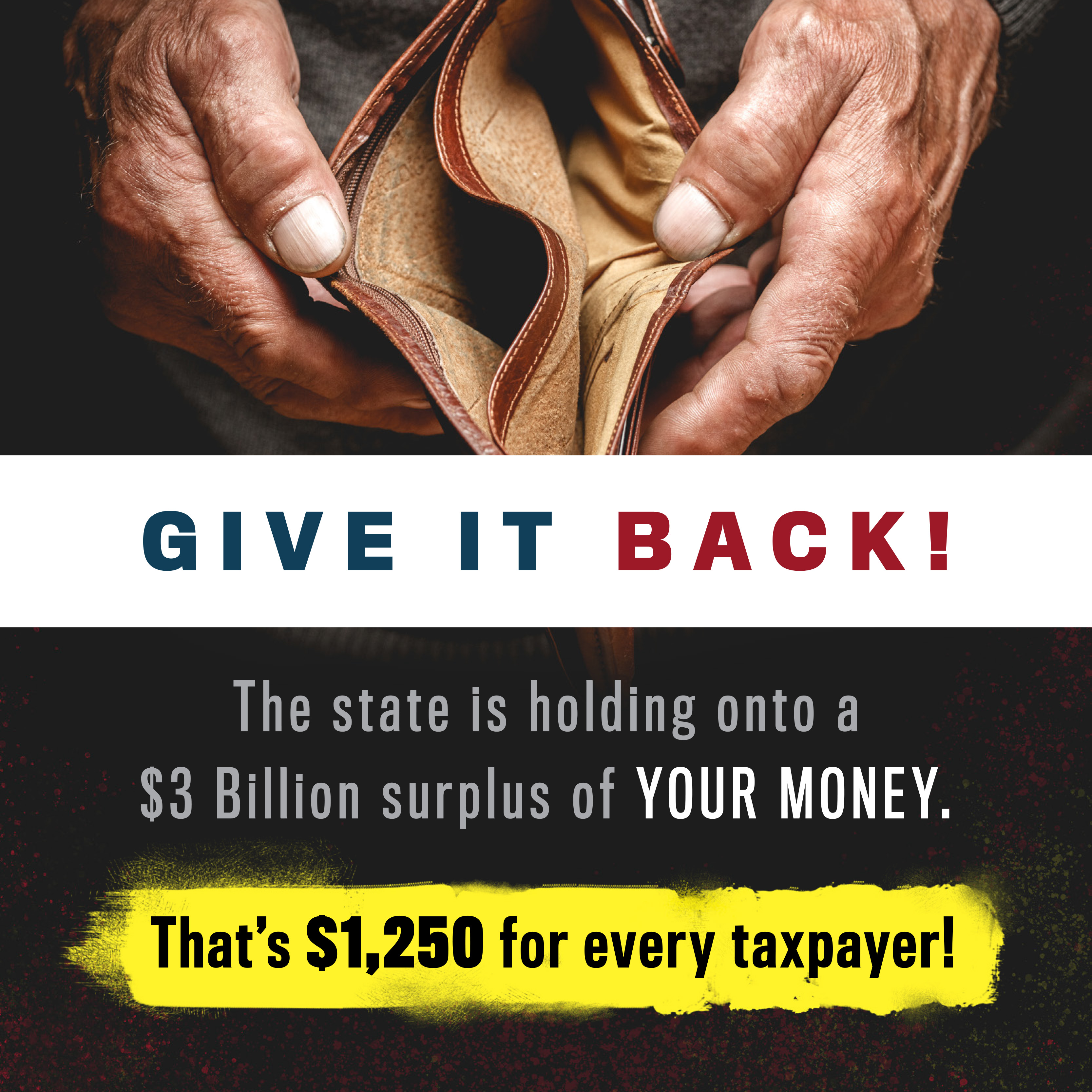