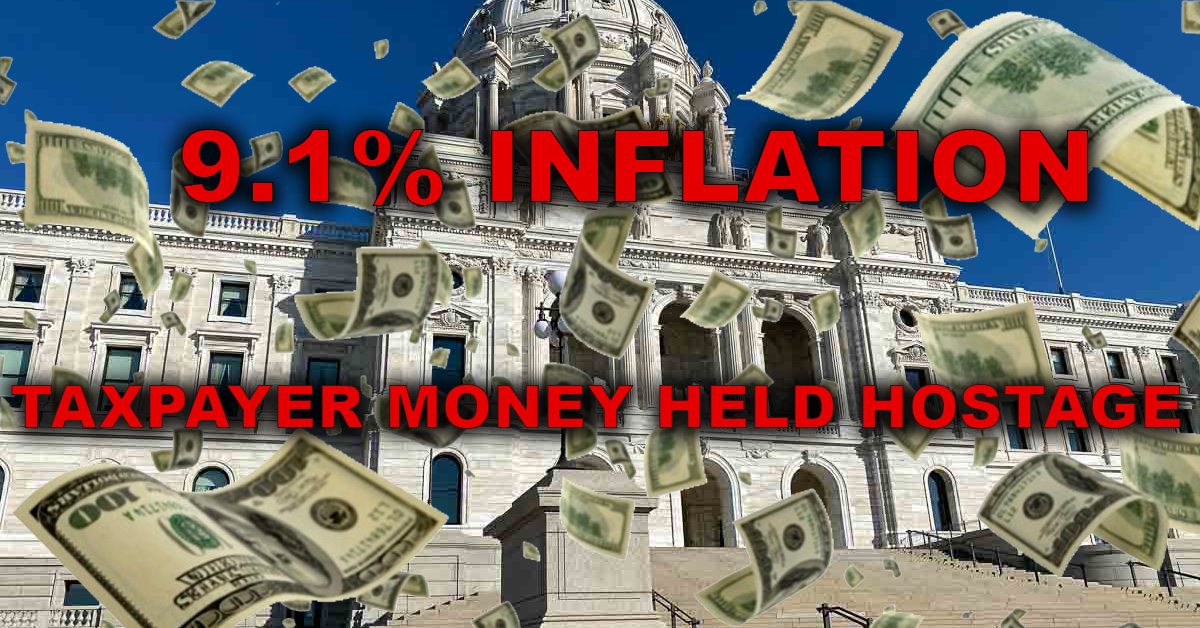 The economy has been in shambles under Joe Biden. Between food shortages, rising prices, and jab-or-job mandates, things are not going well. Inflation is up 9.1%, a new high in four decades. Inflation is caused by the government printing money at uncontrollable levels, causing the value of the dollar to deteriorate. Treasury Secretary Janet Yellen takes no blame in the destruction she and Biden have caused, despite the economy being her #1 responsibility.

In Minnesota, our state government is sitting on a massive surplus of our tax dollars that could have been divided up to give each taxpayer $4000. The Legislature has already spent a chunk of it (despite the state government being fully funded for two years), but they keep bringing in records amount of overtaxed revenue. In other words, we are being overtaxed while living expenses are going sky high.

Tim Walz has suggested giving back some of the surplus, but this of course is only to buy votes and save his ass. Walz is desperate and knows his party is on the losing side of this battle.

On the Republican side of things, the Senate wants to do long term tax cuts, funded with the surplus. That means they will hold onto your money in this time of rising prices. The vast majority of them are voting to spend the surplus. Only Rep Erik Mortensen (R-55A) has voted to not spend your surplus money away.

Out of control inflation is hurting our country and state - people are in desperate conditions right now and it is up to Tim Walz and the Legislature to return their money. Families across Minnesota could use their surplus money. GIVE IT BACK!