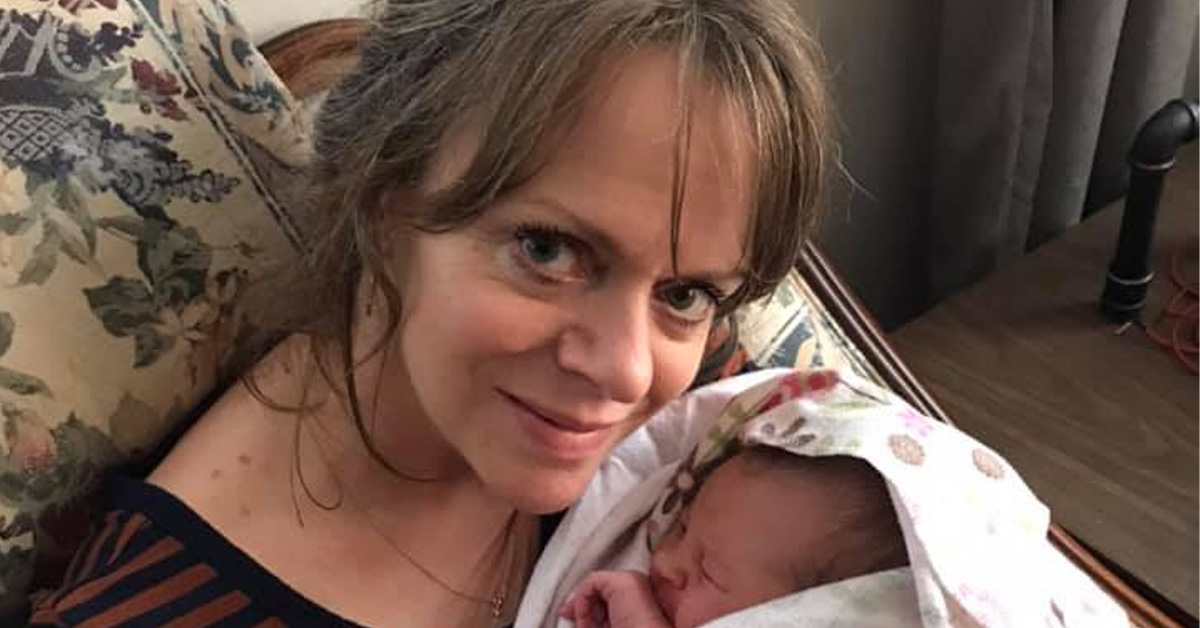 Lisa Hanson made headlines one year ago when she defied Governor Walz' Executive Order. In late November, Walz unilaterally determined to shut down small businesses for the second time. Pointing to Chapter 12 Emergency Powers, Walz essentially eradicated the Constitutional framework of the state government and started issuing Executive Orders like they were laws. And last night, a judge and jury sided with Walz' belief that one person can unilaterally create laws in Minnesota - they found Lisa Hanson guilty of six misdemeanor charges.

Citing concerns for public safety, Judge Joseph Bueltel threw the book at Mrs. Hanson. "You wanted to make money over the interest of public safety," stated Bueltel. "You don't recognize the law. You don't think you're subject to the law." Bueltel gave Hanson 90 days in jail.

But what laws did Lisa break? The Minnesota Constitution only gives the Legislative branch the power to create laws and in Article III, expressly states that "the powers of government shall be divided into three distinct departments: legislative, executive and judicial. No person or persons belonging to or constituting one of these departments shall exercise any of the powers properly belonging to either of the others." 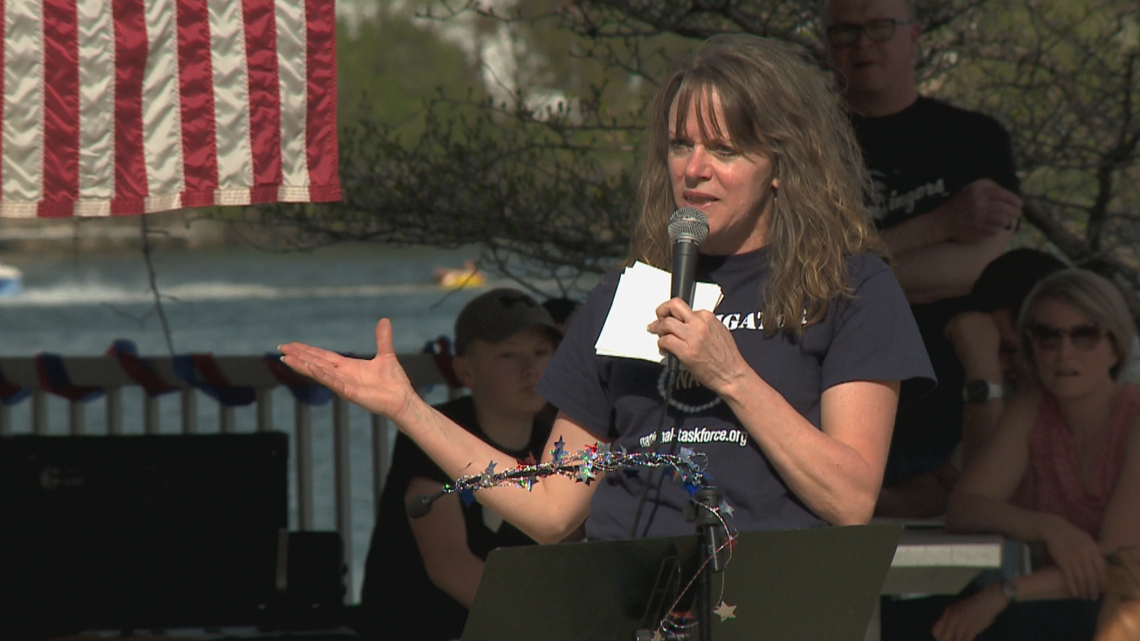 Why throw the book at Lisa Hanson, who is a mother, grandma, and a business owner in the community with no criminal background? In fact, all Hanson did was open her business. The violators of Walz' illegal Executive Orders were all of us who went to businesses like Lisa's to feel normal again and help out our beloved small business owners make ends meet.

In Iowa, just 20 minutes south of Lisa's Interchange Wine & Bistro, business were wide open, serving countless Minnesotans who made the small trek to gather with friends. Iowa fared the exact same as Minnesota during the second COVID wave, suggesting that Walz' illegal shutdown orders had nothing to do with "public safety".

Lisa will surely be vilified by the bought-and-paid-for corporate media though. They're still dishing out the propaganda of "shutdowns save lives". Although, Governor Walz himself recently admitted they didn't save a single life.

The COVID Cult must be rejoicing that Public Enemy Number 1, a small business owner, and grandma, is now sitting behind bars for the dangerous and illegal act of serving her community. This is the America that the Radical Left desires: Do as we say or else. Screw your freedoms!

Action 4 Liberty appreciates the heroic leadership of Lisa Hanson. She knew she was facing possible jail time by a society who has forgotten its Constitutional roots, but she took a stance anyway. For that reason, Lisa Hanson won one of our Top Activist Awards at our Christmas Event on Wednesday. We look forward to presenting it to her in person soon. 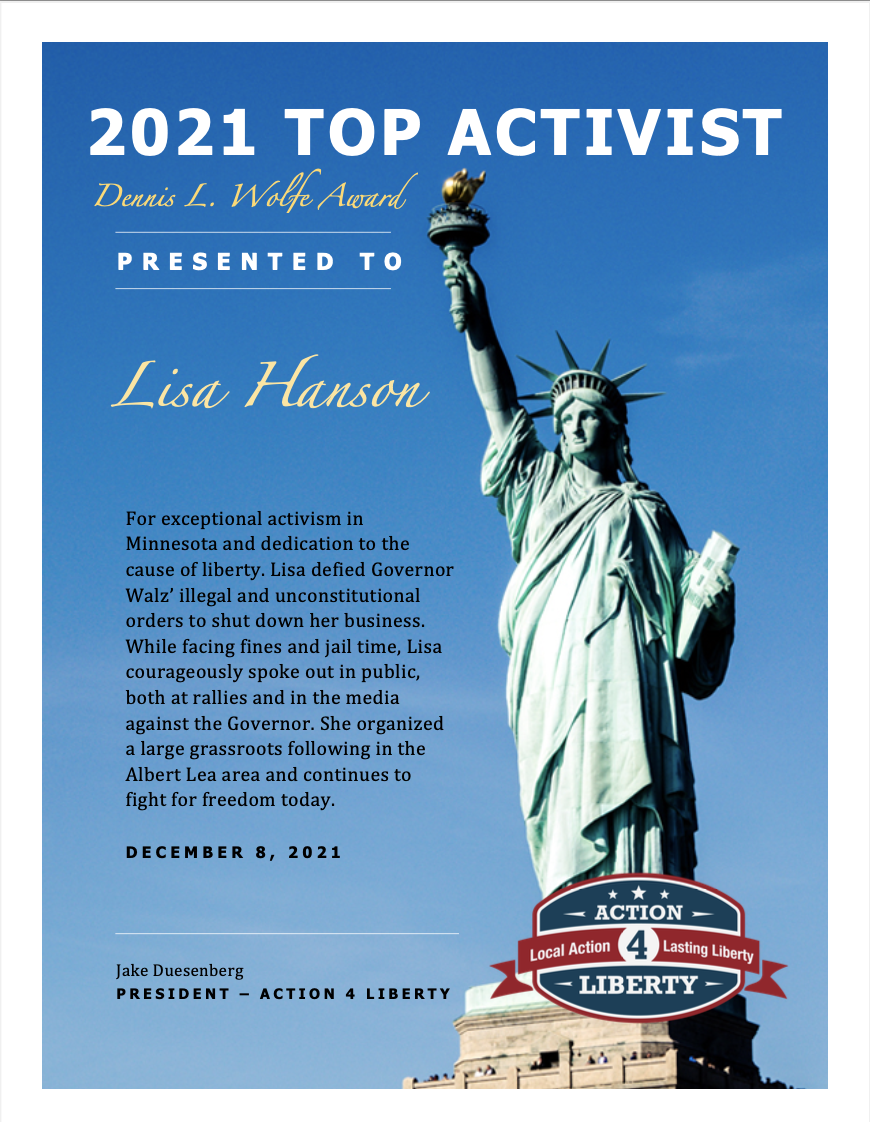