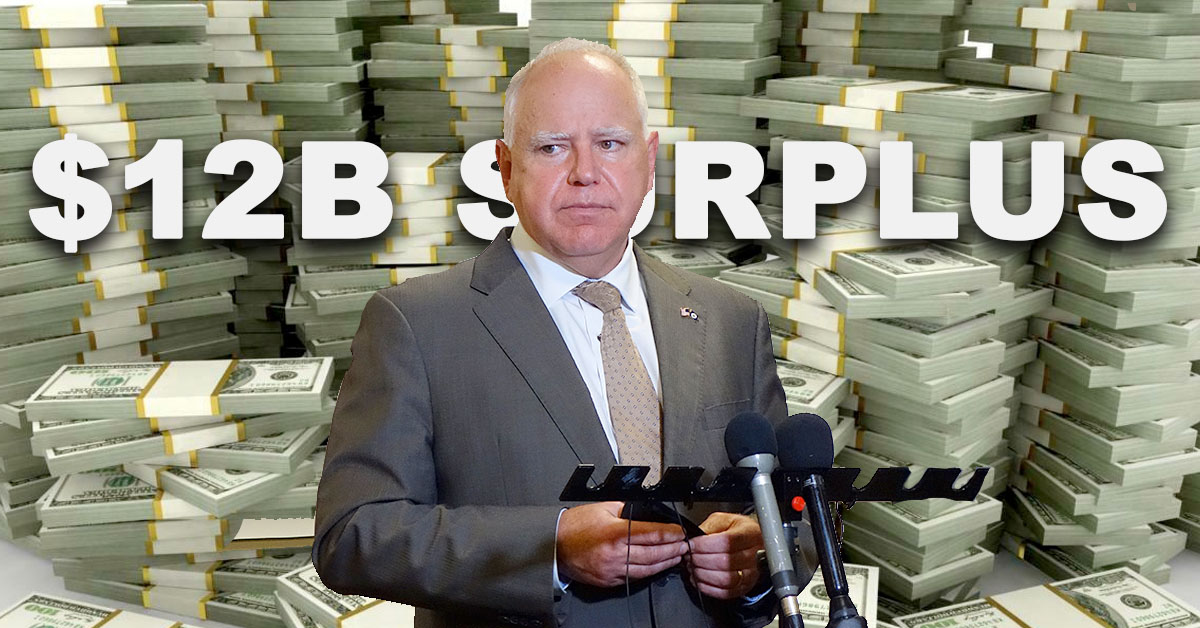 The Minnesota Management and Budget Forecast was released this afternoon and it shows a record $12 Billion in Surplus Funds. While the Political Class and the Corporate Media will lead you to believe the amount is only $9.3 Billion, the government is holding onto another $2.6 Billion of your cash as well in a “Reserves account”.

Our state government is projected to be overcharging Minnesotans by nearly $12 Billion in total. All of it should be Given Back to Taxpayers IMMEDIATELY! 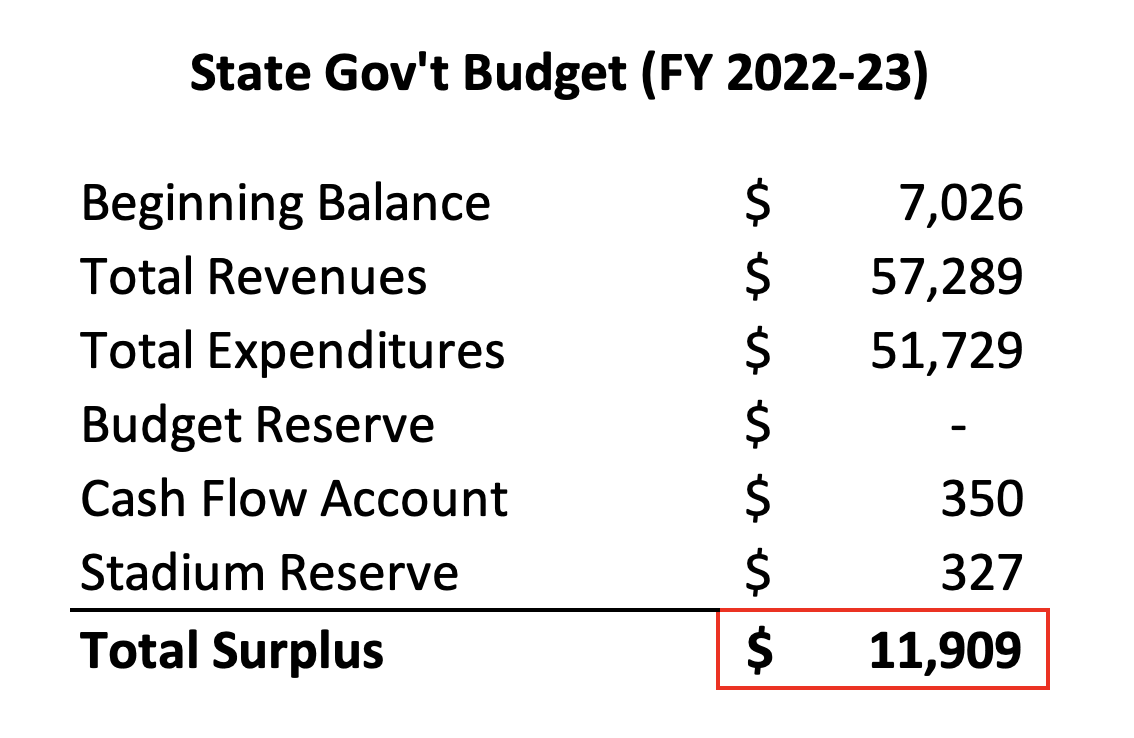 In December, we learned that our state was projecting a massive budget surplus, which at the time was measured as $10 Billion. Apparently the amount has grown significantly in two months.

A budget surplus means that our government overtaxed us because the spending and revenues of the government should balance out. Similar to when you are overcharged at a store, the money should be immediately returned to you.

Walz and the Democrats have offered peanuts to the people, proposing to give $175 to individuals and $350 for couples - most likely allowing some people to get a check even if they didn’t pay in. This is our money and we’ve been overtaxed!  This measly offer is an insult to the taxpayers who have contributed to our oversized, tyrannical government.

The Senate Republicans are proposing long term tax breaks, targeting the social security tax and with an income tax reduction on the lowest tax bracket only. We agree that those taxes should be cut, but this is like the store overcharging you, and then slowly giving you your money back over the next decade.

Republicans should be unified in DEMANDING an immediate return of the entire budget surplus of $12 Billion. With 2.5 Million taxpayers statewide, you should be receiving a check of up to $4,000 if you paid in. Some people should get even more if they paid a higher tax bill.

Action 4 Liberty is calling for the State House, Senate, and Governor to return the entire surplus, including the budget reserves, to the taxpayers. When we are overtaxed we are owed the money IMMEDIATELY.