Minnesota Gov’t Overtaxed Us By $10 Billion - Give it Back 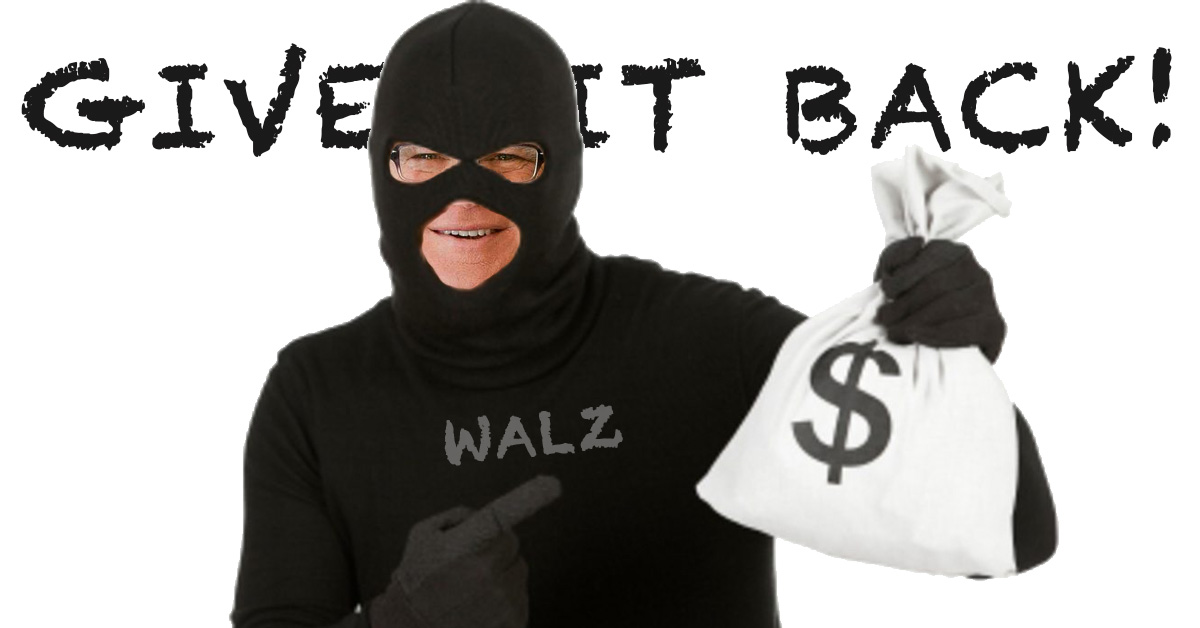 As we’re closing out 2021, a year of massive government expansion and restrictions on our rights, we learn that the state government has overtaxed us by over $10 Billion according to the Economic Forecast released today. And as expected, Governor Tim Walz is celebrating as he rolls out his plan to spend the surplus funds on more wasteful government projects. 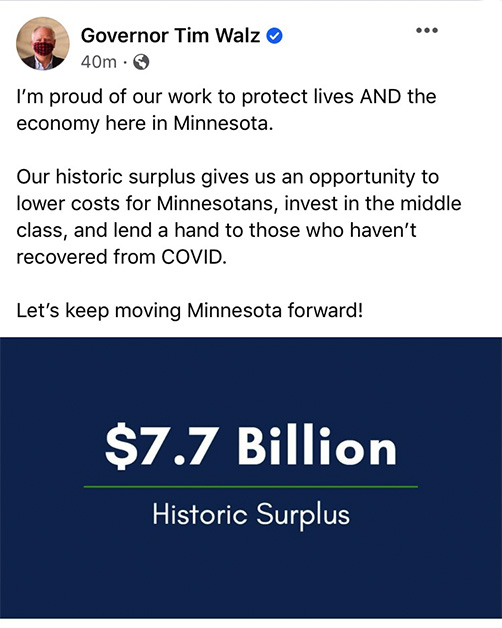 Budgets are set by politicians in St Paul to determine the amount of revenue the state will collect from you and how they will spend it. It is designed to be balanced so that our citizens are not overtaxed. The amount collected SHOULD be the amount spent, otherwise they are illegitimately holding onto our money. Our taxes exceeded what our government spent so our state is wrongfully taking possession of YOUR hard earned dollars.

The budget surplus is reported by many to be $7.7 Billion but the liberal media and others HIDE the budget reserve funds/rainy day funds which totals nearly $2.5B. A rainy day fund is a fine concept for a fiscally conservative family but it is NOT to be used by a bloated and heavy-handed government. Our money will only be wasted if we do not fight to get it back. The state has already determined the budget so they have no need for extra money to be sitting around. We do not want more government programs and spending. We want our money back!

If we eliminate the Budget Reserves, the surplus tops $10 Billion: 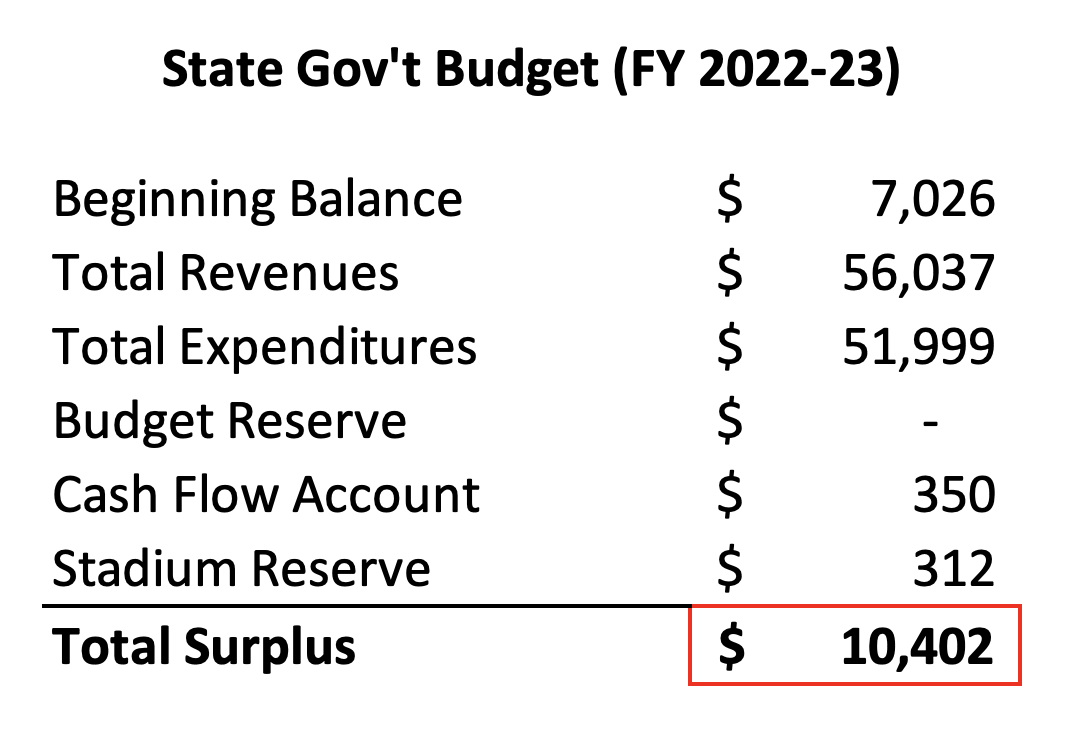 A surplus by the government is a deficit on the taxpayer. If you were overcharged on an item while shopping, say an item has the wrong barcode, the store would refund you the wrongfully collected money. The logic should follow with this $10B surplus, but we all know it won’t be easy taking our money back from the Minnesota swamp creatures.

Action 4 Liberty is calling for every penny of the $10B to be returned to the people. Minnesota is one of the worst taxed states in the country and that severely hurts the private sector. Many are struggling with unemployment due to vaccine mandates and could use this money to pick themselves back up. With 2.5 Million taxpayers in the state, the government has over $4,000 per taxpayer's money. Putting money back in the hands of common people in our state will do much more than the government ever could do for us.