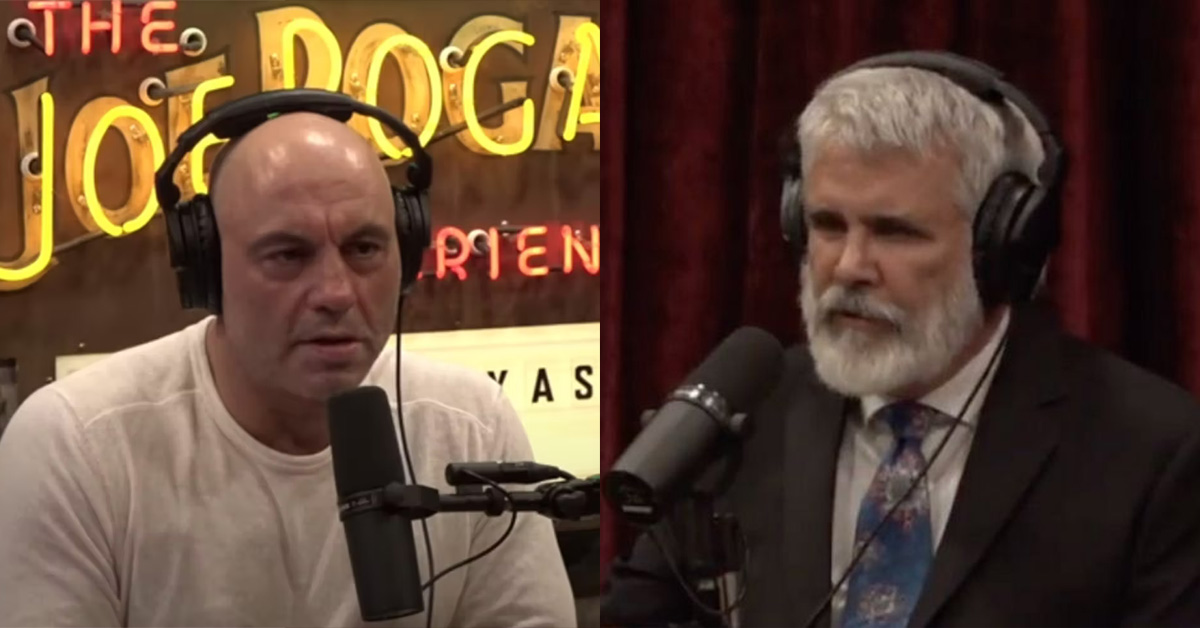 Joe Rogan continues to be a beacon of hope for free speech and disseminating important information about COVID as the corporate media and Medical Establishment further their campaign to censor and silence truth tellers. Recently, Twitter banned Dr. Robert Malone, a well published scientist and the inventor of mRNA vaccine technology, for exposing the problems with the COVID vaccines. So Rogan decided to have him on his popular podcast to discuss.

Dr. Malone's issue with the vaccines originates from data he's observed months after the rollout. The vaccines spread to the ovaries in women, which is highly concerning for those in child bearing years. And the spike in myocarditis cases in young men is very shocking. According to Malone, the data is being suppressed by the Medical Establishment and media.

Even more concerning to him is the fact that alternative treatments, especially repurposed drugs like Ivermectin, are being targeted by a smear campaign despite evidence that they save lives.

Rogan and Malone spent time promoting health freedom and why they oppose government mandates. In Minnesota, Governor Walz has mandated vaccines amongst state employees and refuses to do anything about the assault on employee rights in the private sector. On the Republican side, House Minorty Leader Kurt Daudt appeared in a paid advertisement for Big Pharma encouraging people to get the "safe and effective" vaccines.

The interview was so impactful, that Congressman Troy Nehls (R-TX) entered the full transcript into the Congressional record so it was documented and could not be censored. Both Twitter and YouTube have scrubbed clips of the interview from their platforms.

You can watch the episode on Spotify here: