The Never Again protest, spearheaded by patriot Michele Even, was a huge success. On Monday morning, activists from all across the state made their way to St. Paul to show their support for Representative Erik Mortensen’s Never Again bill.

Legislators were called back to the Capitol this week because Governor Walz' extended his Unilateral Emergency Powers for the 15th time in a row. Since the legislature didn't pass a budget by May 17th, there will be a partial government shutdown starting on July 1st if an agreement isn't met. Either Walz agrees to Unilateral End Emergency Powers for good, or Senate Majority Leader Paul Gazelka is going to sell out and pass a budget the funds Walz' agencies.

Here are a few pictures from the protest: 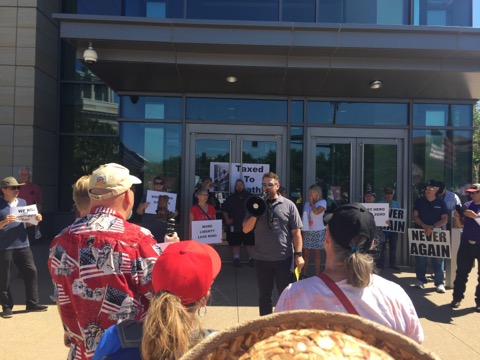 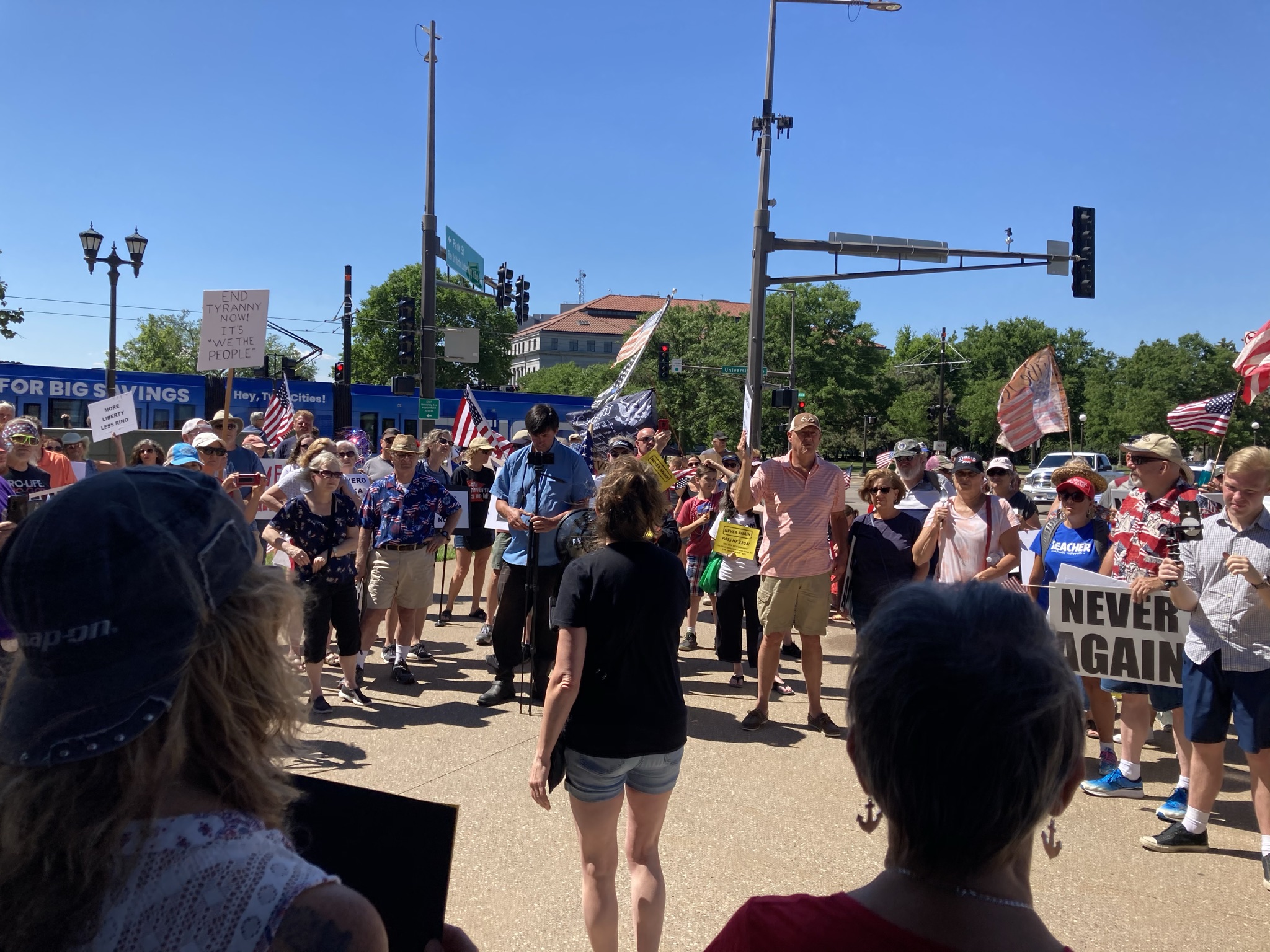 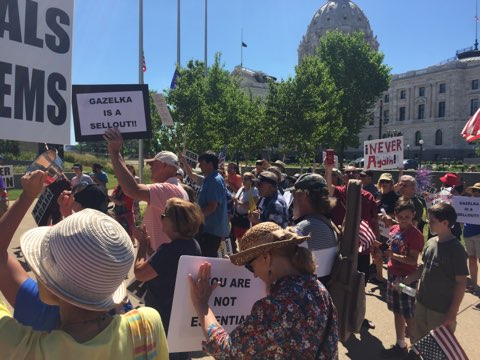 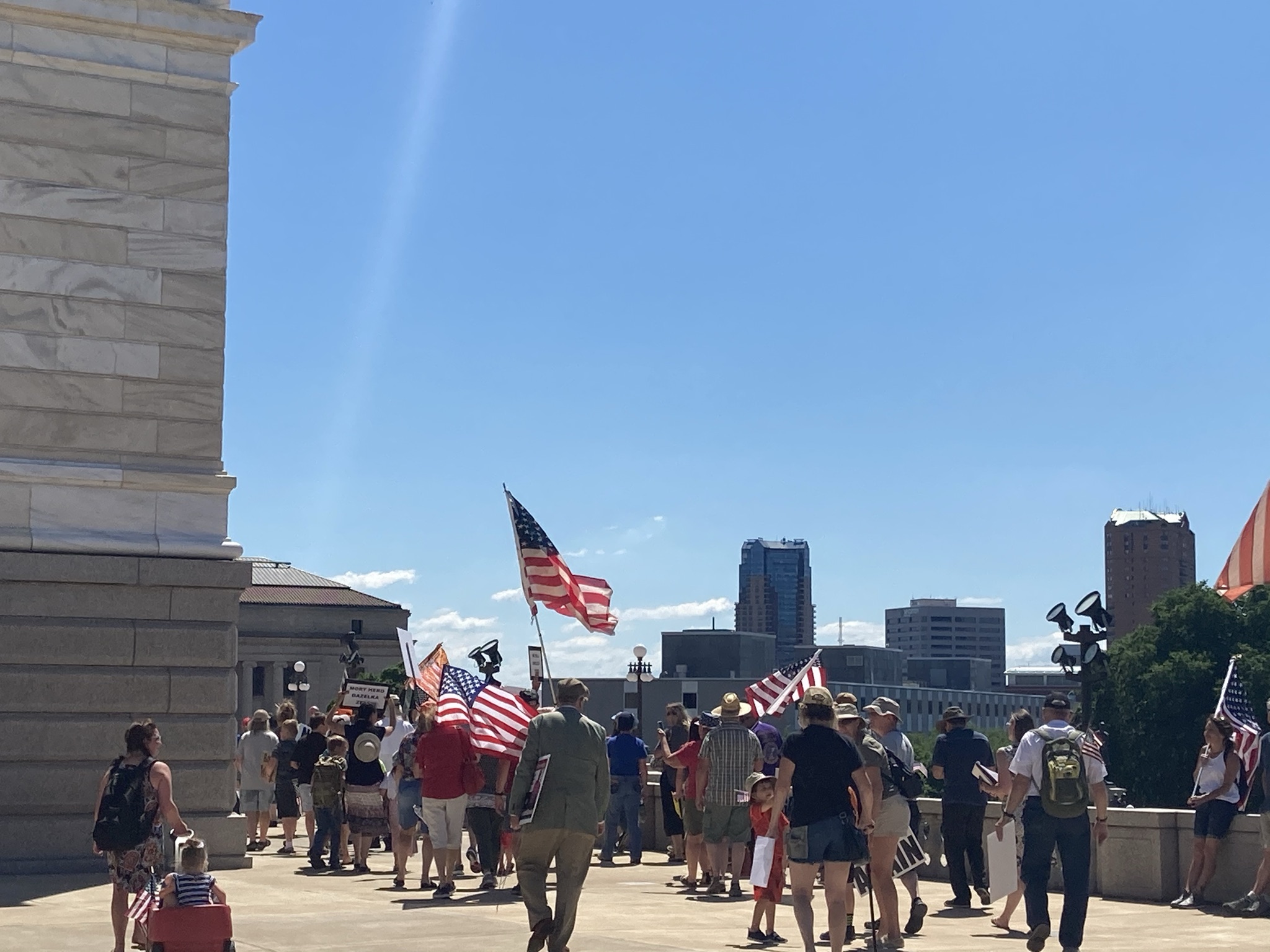 Activists showed Senate Majority Leader Paul Gazelka that Mortensen’s bill needs to be passed into law before anything else -- it’s that important. As you can see from the pictures above, the protest spoke volumes about the massive support that this bill has.

Action 4 Liberty will continue to be your liberty advocate in St Paul in the final days of the Special Session.