Our Take on the Election Results 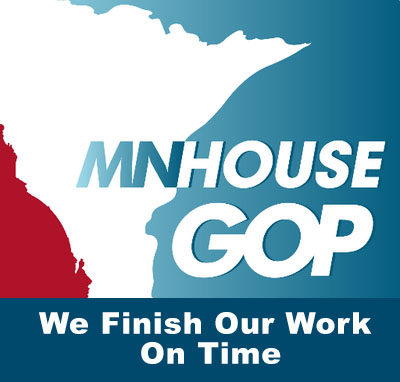 Back in 2015 as the first legislative session under newly elected Speaker Kurt Daudt came to a close, many of us conservatives were left wondering what the Majority actually accomplished for the conservative movement. At his post-session press conference, Daudt had a poster board of Minnesota House Republican accomplishments that actually listed “Completed Strong Bipartisan Budget” and “Finished Work on Time” as some of the session highlights. What an inspiring message (sarcasm emphasized here).

In 2017, I moved to a new district and had the pleasure of attending my Republican caucus for the first time in my new hometown. My Republican legislator, an 8 year veteran, stood in front of the crowd of like-minded, party loyalists and boasted her accomplishments. Number one on the list: she got Minnesota to add pro-life license plates. I’ll never forget looking around the room at the underwhelmed activists and voters listening to the most boring re-election campaign launch speech in history.

My friend and partner-in-crime Jack Rogers made a bold prediction last year that can’t go unnoticed. He predicted on our Living Free podcast that Minnesota Republicans would lose the Minnesota House in 2018. This was in response to Speaker Daudt and Sen. Paul Gazelka coming out of the gate with a budget proposal that grew government by 8% and offered no significant reforms to our broken health care system.

At the time, Jack understood that the Republican brand was going to be tainted since campaign promises were already being broken months into the newly elected, historic Republican Majority at the Capitol.  We weren’t fans of Speaker Daudt at the time, and had mixed, but optimistic feelings about Majority Leader Gazleka. However, we were willing to do whatever was necessary to advance the conservative agenda. We thought the best thing to do was to come up with some ideas that could be implemented.

Upon review of the Minnesota general budget surplus, we noticed that the State Economist assumed spending growth of 7% as a baseline in determining surpluses/deficits. So we took the budget numbers, froze spending and released some of the insanely high budget reserves and found that it would be easy for Republicans to propose a massive $5 Billion tax cut without cutting a dime of spending. This idea would’ve been a great campaign item to run on in 2018 and also would’ve been a great policy to push forward if we want to retain our businesses. But that idea was never embraced by leadership. It fell on deaf ears.

We also promoted the idea of passing a Constitutional Amendment that guaranteed the “right to keep and bear arms”. Most people don’t know this, but that language does not exists anywhere in our state Constitution. We alleged that this could easily be done since the Governor does not weigh in on Amendments. Can you imagine how beneficial it would’ve been in this election to have high turnout by gun rights supporters? Unfortunately, this idea also went nowhere with the Republican Majority.

What did we get instead: more government intrusion in the health care industry. Under Daudt and Gazelka’s guidance, Minnesota Republicans subsidized individual health care plans and also bailed out MNsure by reinsuring health claims over $50,000. They robbed Peter, to pay Paul. Then this fall, when health insurance companies stated that premiums would come down slightly, Republicans boasted that their reforms were working. It appears Minnesota voters weren’t that dumb.

We have a significant brand problem right now as Minnesota Republicans. The Party who ran opposed to ObamaCare (and MNsure) and ran on cutting spending and giving back surpluses, did absolutely the exact opposite once taking over control of the legislature. I once told Minnesota GOP Chairwoman Jennifer Carnahan that I would never like her job, because despite all the work she does to promote the Republican brand, it will essentially be defined by what our elected Republicans do at the Capitol.

Minnesota Republican legislative leadership has been playing the “Minnesota nice” game too long and abandoning the base. If their model of Democrat-lite worked, then 16 Minnesota Suburban Republican house seats would not have been lost on Tuesday night. I’m sure Daudt is pointing fingers right now at Trump or the Party, but he should take a look in the mirror.  His historic majority not only ended in defeat at the ballot box, we got nothing to show for it other than $2.5 Billion in new debt on the state credit card.

Why moderate the caucus so much if it doesn’t end up helping in the election? Has anyone noticed that despite not a single Republican plan actually eliminated pre-existing conditions, all Democrats used that accusation in their ads against their Republican opponents. I suggest that actually passing conservative reforms would help us electorally, but even if I’m wrong and we’d lose either way, at least we would have something to show for those two years.

It’s concerning to me that the chatter amongst the remaining survivors of the massive blue wave in the Minnesota House is that Daudt is going to pull a Nancy Pelosi and become the Minority Leader despite losing the Majority under his watch. If that happens, Republicans at the Capitol clearly have shown that they’ve learned nothing from Tuesday night. I urge people to talk to their Republican legislators and encourage them to change course.