The task force that recommended how to use Minnesota taxpayer money to fund a socialistic-style college savings program for newborns in St Paul used islamic prohibitions on receiving interest in consideration of what type of accounts to set up. This program made headlines last week when it was reported that the new savings program would use low interest bearing savings accounts with Bremer Bank instead of accounts invested in stocks and bonds, like a Minnesota 529 plan.

Action 4 Liberty also reported this week how Minnesota taxpayers ended up on the hook for the program. It was part of a massive omnibus education bill in which all 67 Minnesota Senators voted for and all but 13 Republicans in the Minnesota House signed it into law.

According to the publicly available task force report set up by St Paul Mayor Melvin Carter, Somali Muslim members in the community voiced their concern over their inability to use the publicly subsidized savings accounts due to religious prohibitions on receiving interest. Although the task force didn't appear to fully adopt their concerns in the overall policy, they did suggest that accommodations be made by the financial institution. 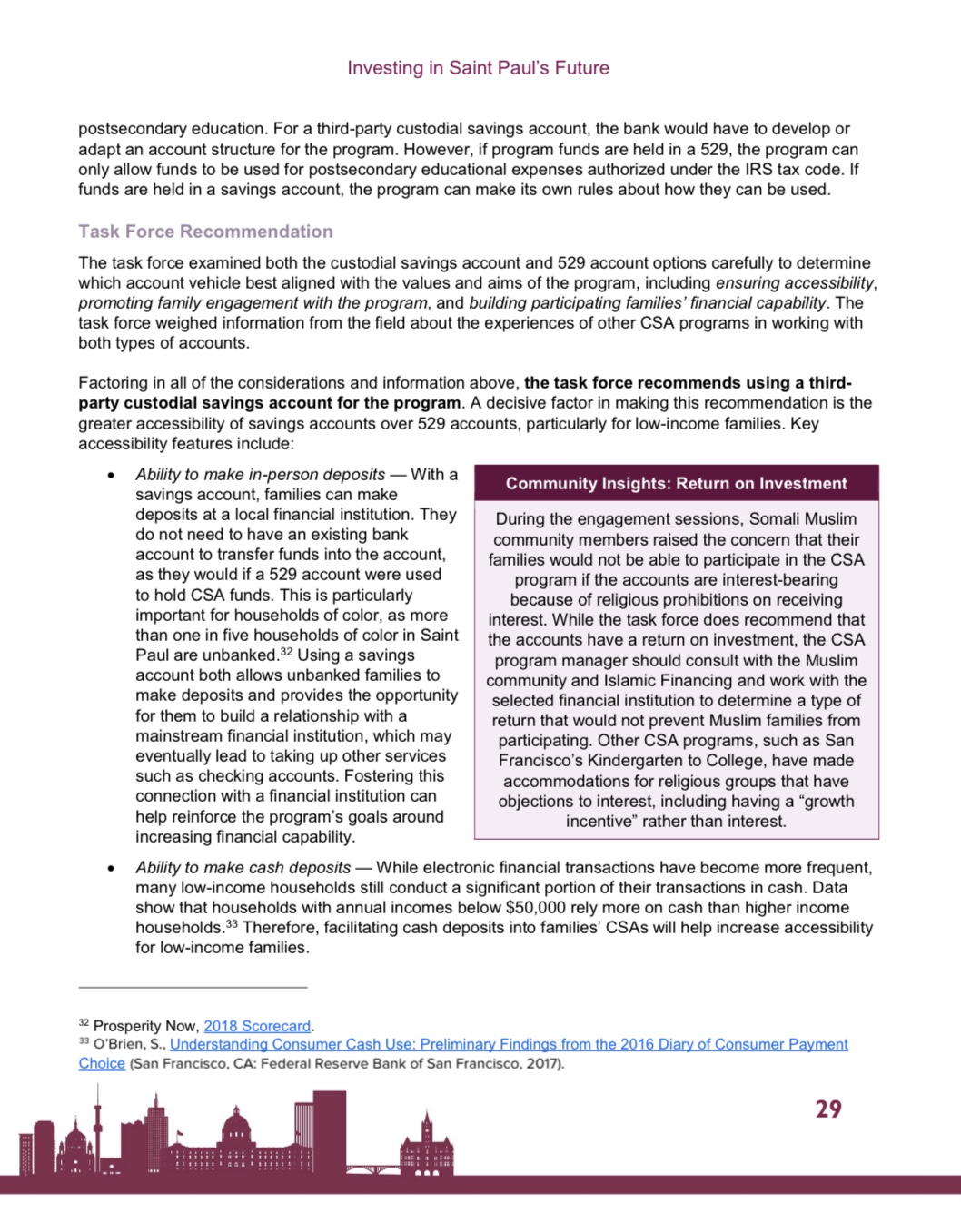 The main reason behind low-yielding interest savings accounts, according to the report, is to accommodate low income households who do not have current bank accounts and would be unable to transfer funds into a brokerage account.

Action 4 Liberty believes this program is not a proper role of government. In a free society, money is not taken from one group of individuals and redistributed to benefit a selected group of recipients. Socialistic-style public policy-making is riddled with problems like the ones addressed above: religious accommodations, family income considerations, etc.