Walz and Pawlenty Team Up to Con You Into Getting Booster 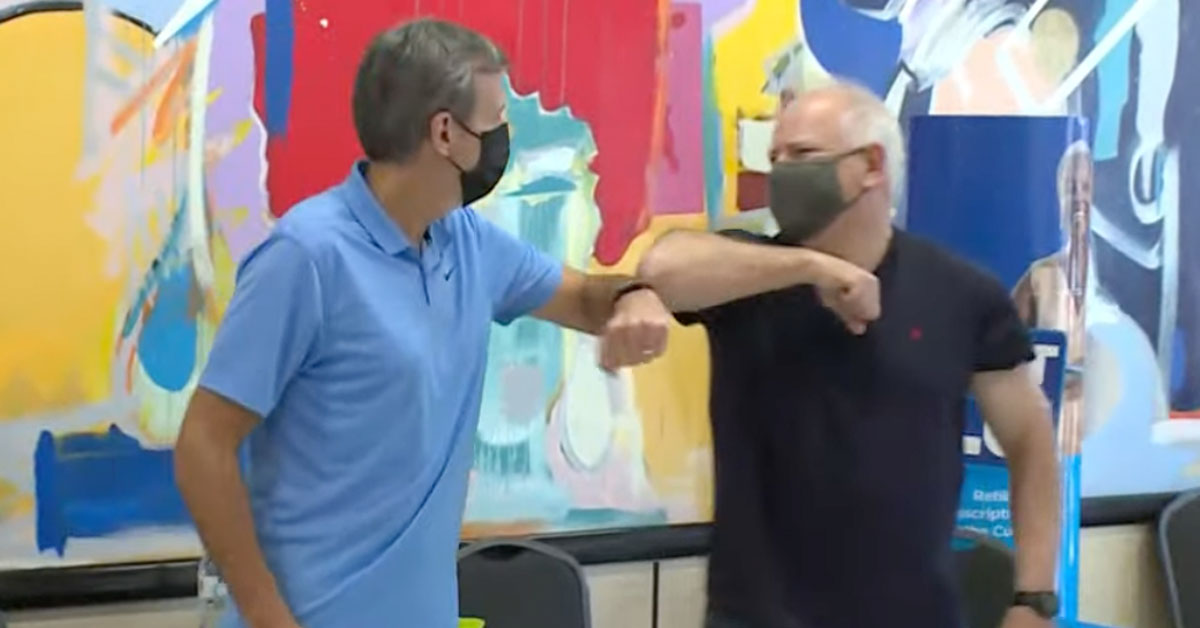 The Political Class continues its propaganda campaign to make sure YOU get vaccinated with a product from their biggest supporters - Big Pharma. Governor Walz and former Republican Governor Tim Pawlenty united today, rolled up their sleeves and got the booster jab. Fully masked and socially distance, both took center stage at a Twin Cities Cub Food stage for their performance.

Nothing could make puppy-killing-doctor Fauci more excited than to have members of both political parties unite to con us all into getting the vaccine. Ya know, a "vaccine" so good that you need to get endless boosters while still being able to catch and spread the disease.

How do you know these guys are lying? Because they've completely thrown out all knowledge and understanding we have of the effectiveness of natural immunity! They still want you to roll up your sleeve!!!

The Minnesota Dept of Health bought consumer data this summer and started using our tax dollars to persuade us to get the vaccine. I know this for a fact, because I received one of those calls. When I asked if I should get the vaccine despite recently getting the virus, the person on the other line (not a medical professional) told me yes.

Despite my best attempts, I'm still being tracked by the government. Here's a text I received just yesterday.

While the political elites are doing everything in their power to manipulate and control all of us, thousands of patriots marched on the Capitol and Governor's mansion to protest the Walz and Biden Mandates. Shout out to Mark Bishofsky for an excellent job organizing another major medical freedom event. Don't expect to see any coverage from the corporate media though - they would prefer the public doesn't know it ever took place.

Thanks to our field team, we are able to share pictures and videos of the event for those who were unable to attend. Click here.