Walz Comes Our Way on Giving Back Surplus, But Not Far Enough 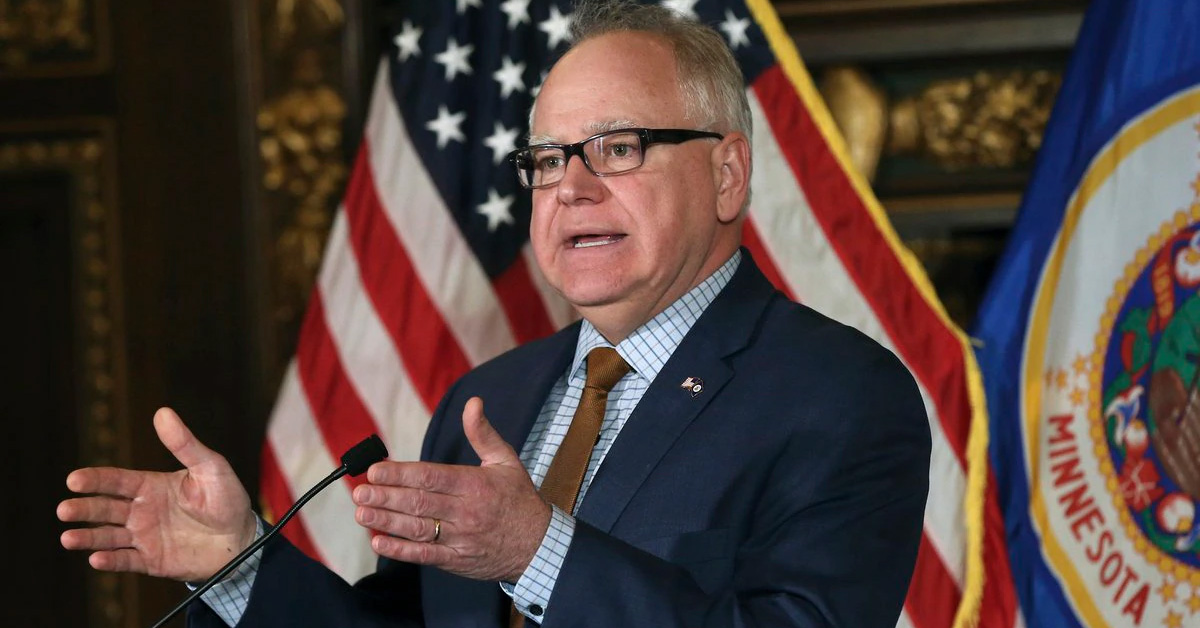 Governor Tim Walz announced that he is willing to sign a bill that would give back $1,000 of the surplus to individuals and $2,000 to families. Currently, the state is holding on to a record $12 Billion surplus. That equates to over $4,000 per taxpayer. A surplus happens when the government overcharges taxpayers and brings in more revenue than what is needed to balance the expenses. 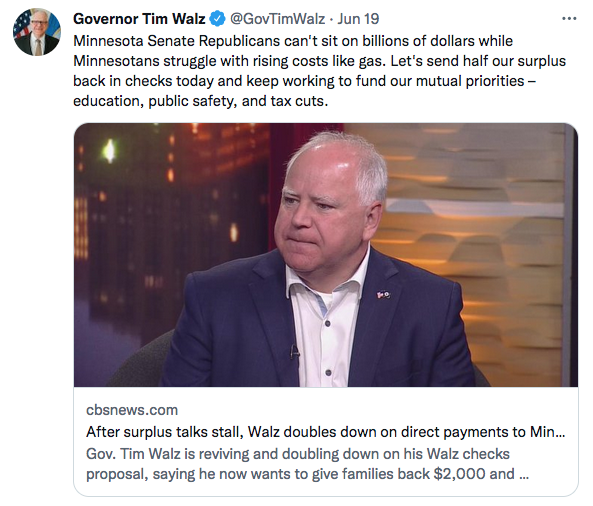 Although details are lacking of Governor Walz' proposal, it likely will be given to all individuals (even those who do not pay taxes) and will also likely be capped at an income level of what Democrats usually consider "the wealthy." Action 4 Liberty is calling for the entire surplus to be given back to only those who paid taxes because we are opposed to redistribution of wealth by the government.

Senate Republicans who tentatively agreed to spend the majority of the surplus with Walz, have now backed off of agreeing to the details of large spending bills. Instead of returning the surplus to Minnesotans during rising costs of consumer goods, the Senate proposed long term tax cuts.

The Legislature adjourned for the year back in May. In order for the surplus to be returned, Governor Walz would have to call a Special Session. Action 4 Liberty opposes a Special Session unless it is to give back the entire surplus. Republicans in the Senate have the ultimate chips in their hands: either get Walz to agree to give it all back or let voters decide who should be in control of the government this November.

Watch our recent video about how Action 4 Liberty's helped kill the Special Session: