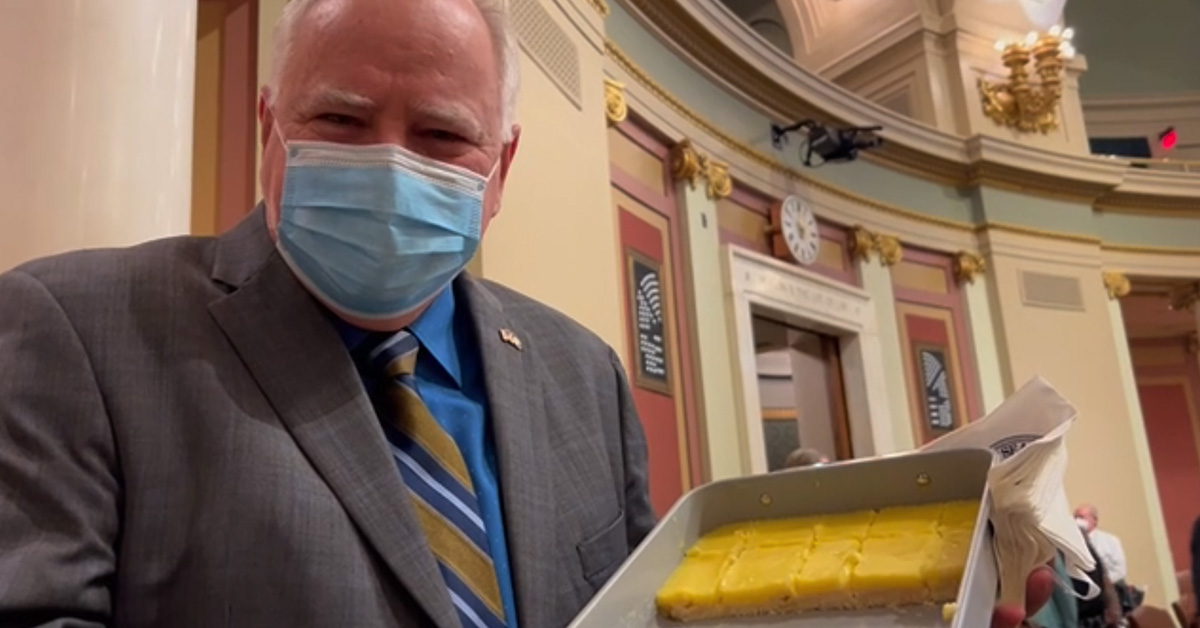 Everything you need to know about what is wrong at the Capitol can be highlighted by Governor Tim Walz' lemon bar publicity stunt on Monday. In an insincere gesture of "bipartisanship", Walz went to the House and Senate floors at the start of the 2022 Legislative Session to offer lemon bars to legislators. Of course, when acting unilaterally with Emergency Powers for over one year, there was no act of bipartisanship from this Governor.

The swampy, career politicians in both parties were more than happy to share a treat with the tyrant who bypassed the legislature and infringed on the rights of Minnesotans. Paul Gazelka, former Senate Majority Leader and current gubernatorial candidate, was seen enjoying Walz' bars. 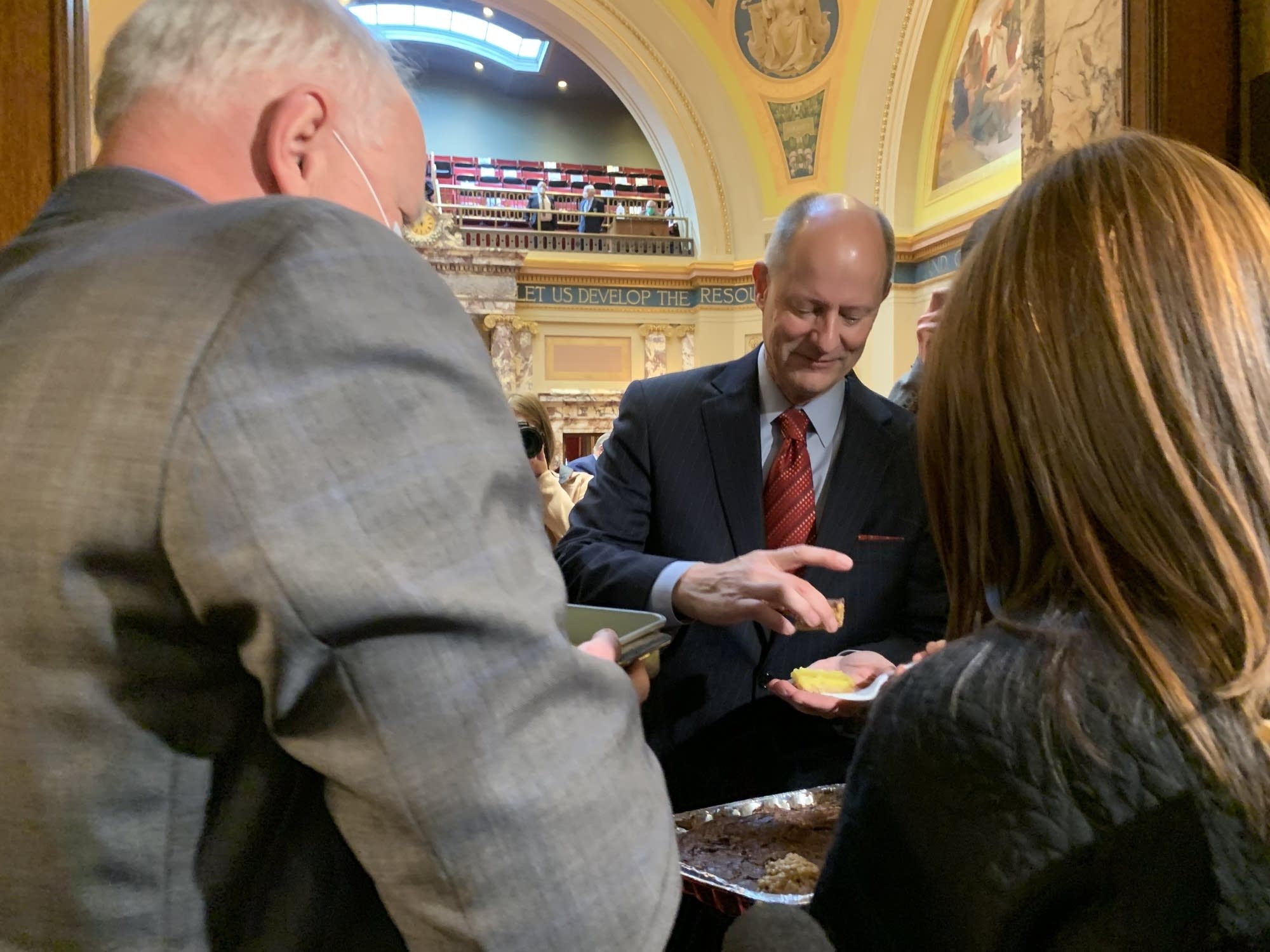 Not buying the insincere gesture was Rep Erik Mortensen, who went to the House floor not wearing a mask in protest of the anti-science rule passed by the Democrat Majority. When Walz approached him offering a lemon bar, Mortensen was surprised to see the Governor since, according to Mort, he was never in his office the "dozen times" he stopped by to meet him. Rep Mortensen is the author of the Articles of Impeachment for Tim Walz and the Never Again bill.

The video released by Rep Mortensen shows a confused Governor who was shocked that a legislator would not want to participate in the insincere publicity stunt with him. As Walz withdraws the offer, Mortensen proceeds to ask Governor Walz why he won't free Lisa Hanson from jail. Lisa was sentenced to 90 days in Freeborn County for refusing to follow Walz' unilateral dictate to shut down bars and restaurants. 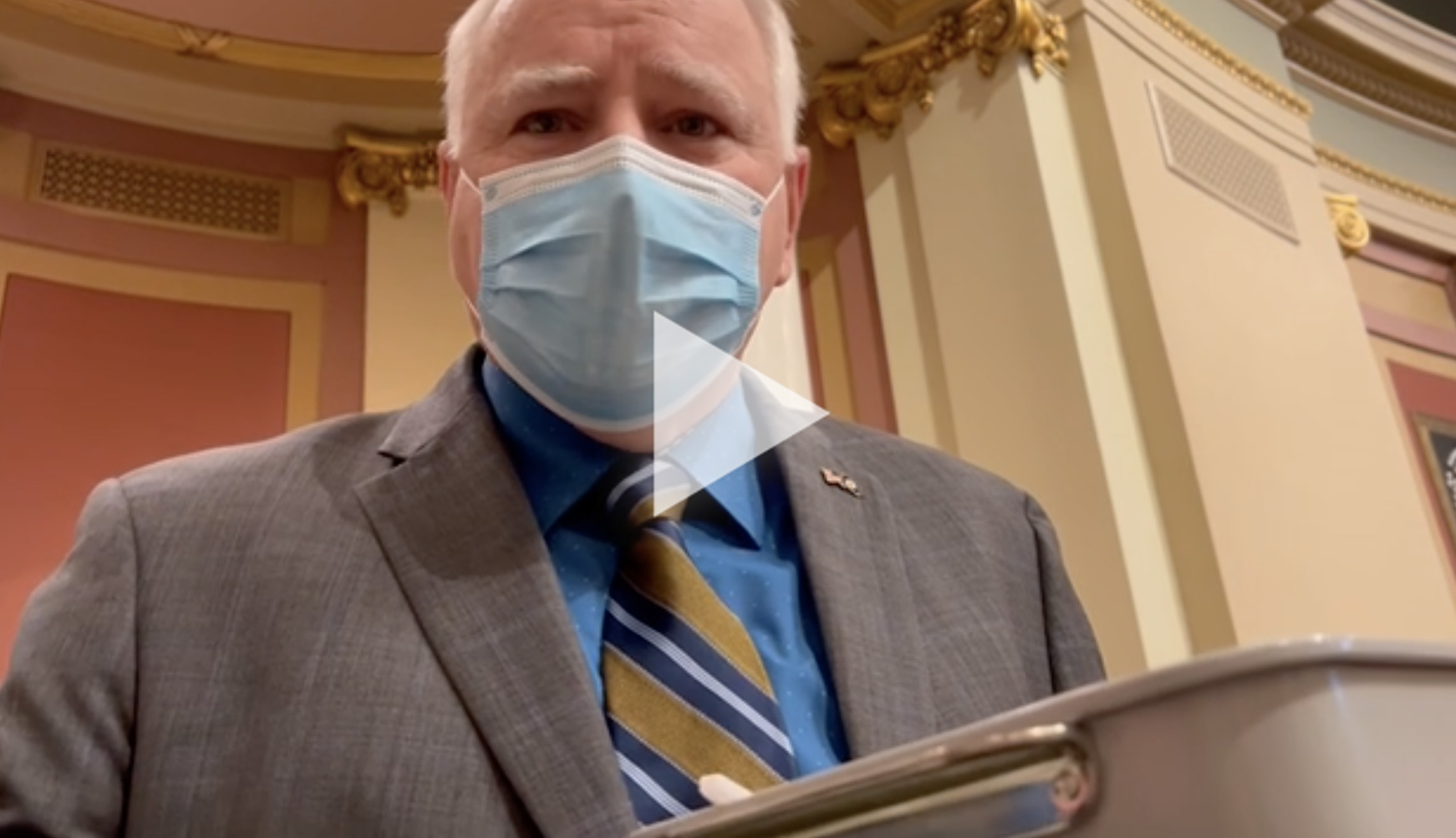 We interviewed Rep Mortensen about the event. 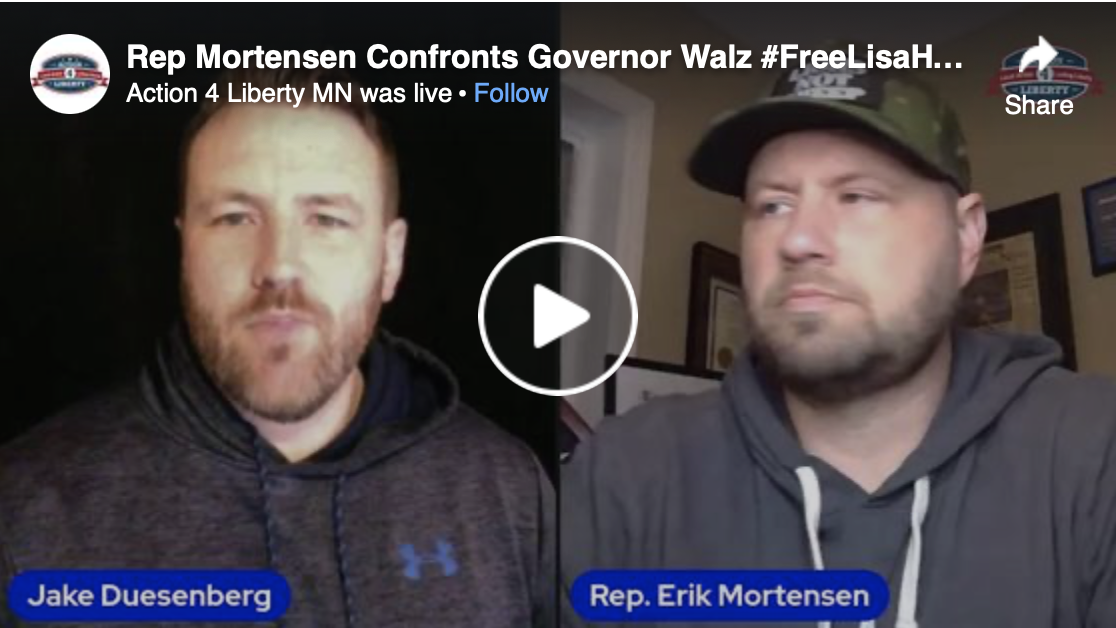 Are we just going to pretend like we're one big, happy family now and ignore what Walz did to Minnesota? Shame on Senator Paul Gazelka and all the other career politicians who participated in this disgusting stunt. Minnesotans are outraged at the Political Class - this just shows their disconnect with the real world. The Swamp is alive and well.

Want further proof this was just a staged, publicity stunt? Infoforum captured the perfect image of the ridiculous gimmick as Walz stops to pose for a photo op. 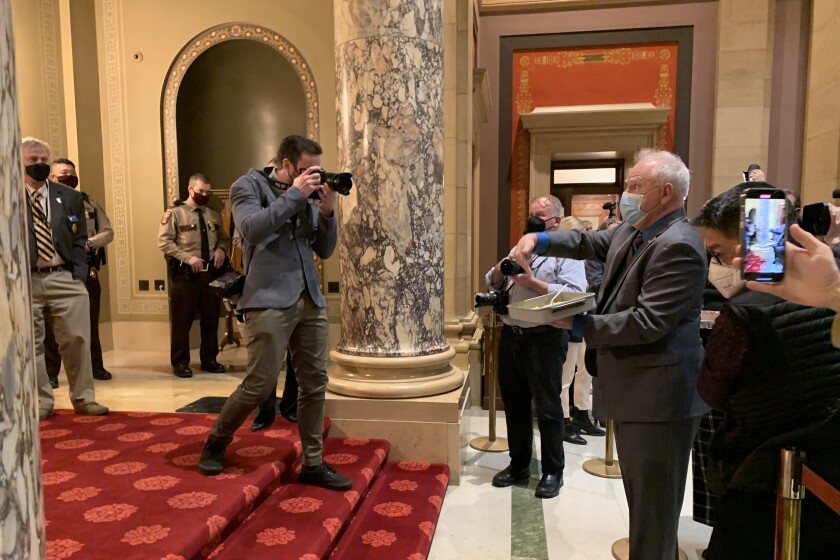 Democrat Majority Leader, Rep Ryan Winkler, was captured enjoying one of Governor Walz' treats. He's the one who enacted the anti-science mask mandate at the Capitol. Of course, removing the mask to enjoy Walz' goodies doesn't spread COVID because...you know...science or something. 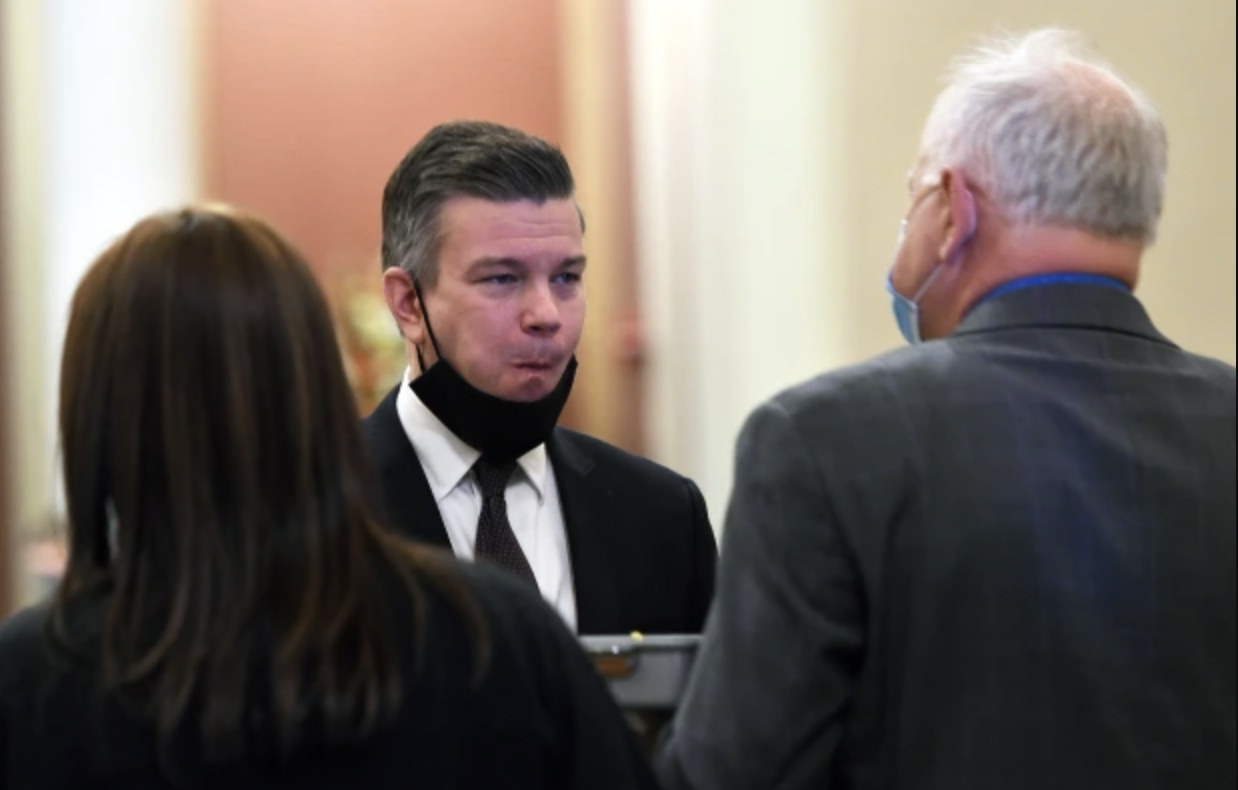