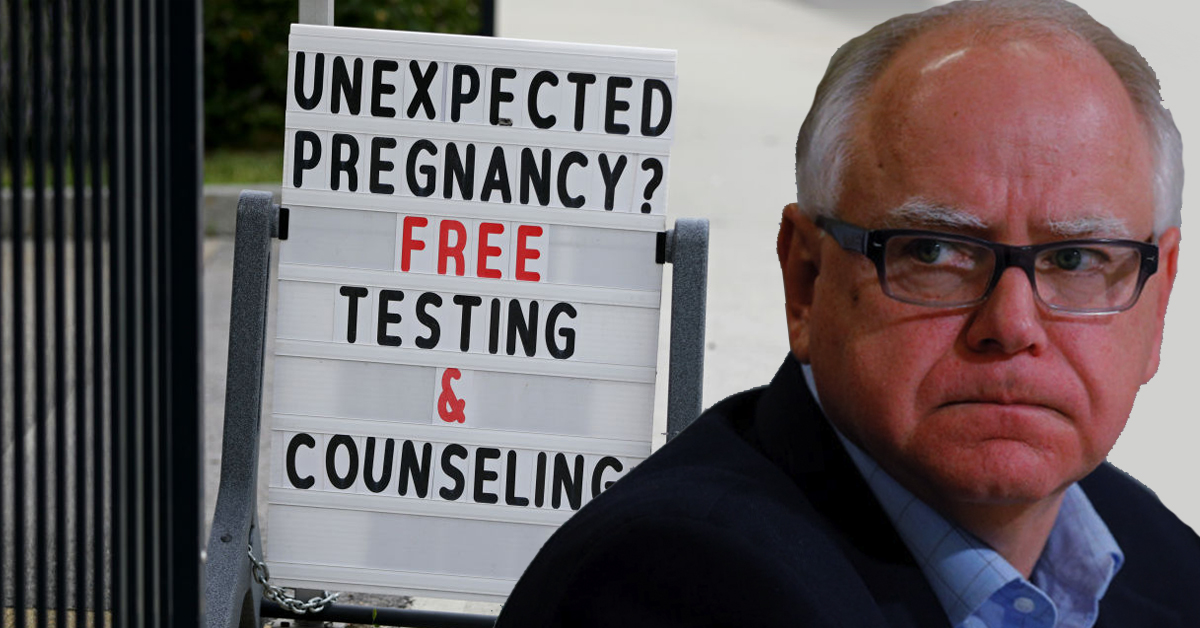 Leftists in Minnesota are now taking their anti-baby hatred to a whole new level. According to MPR News, Governor Walz will now be targeting the state’s 90 crisis pregnancy centers as an enemy of the left-wing base and their push towards universal abortions.

Since 2005, Minnesota has given funding to crisis pregnancy centers who offer alternatives to women who seek abortions. These centers are nonprofit organizations, who are usually staffed with caring volunteers. The idea behind taxpayer funding for these services comes from the fact that abortion clinics like Planned Parenthood receive millions from Minnesota taxpayers.

Now, Governor Walz is trying to take that option off of the table for women. To the far-left, abortion should never be discouraged from a “birthing individual” who wants one. Anybody that dares offer healthy alternatives like adoption are deemed as the enemy.

Worse yet, HF 289 in the Minnesota House would require these crisis pregnancy centers to dish out state-approved language on abortion, rather than information that helps a mother make an informed decision (It should also be noted that this bill eliminates the word “woman” from state statutes surrounding crisis pregnancy centers).

Meanwhile, 32 House Democrats have signed onto an extreme bill that would send taxpayer dollars towards any and all abortions. They now insist upon abortion-on-demand, and seek to silence any questions about the consequences.

Democrats are stepping on the gas, seeking to drive the state of Minnesota right off the far-left cliff. Tim Walz’ “One Minnesota” is real, but you’re only part of it if you are a far-left Democrat.