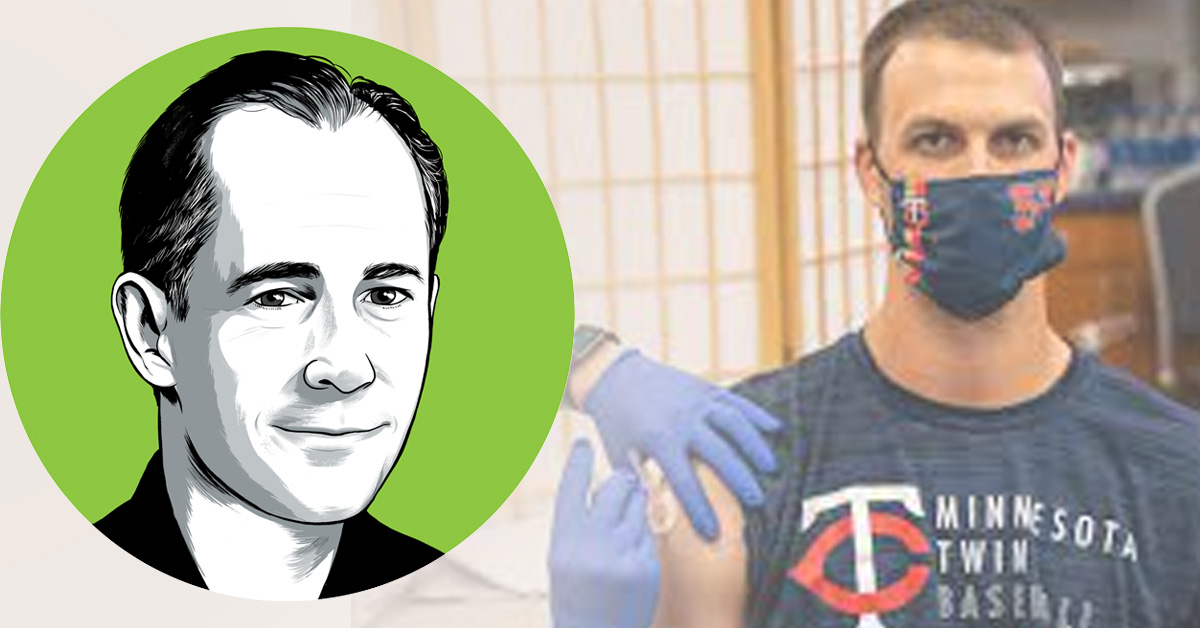 The nasty fake news of The Star Tribune shamed Minnesota athletes from the Twins and Vikings who have chosen not to receive the COVID shots. One of their top propagandists, Jim Souhan, is no medical expert. He is just a radical leftist posing as a sports analyst.

Twins players who evoked their medical freedom will not be allowed into Dictator Justin Trudea’s Canada for a game out in Toronto. Instead of attacking Canada’s policy to discriminate based on a vaccine that doesn’t work, the Star Tribune attacks Minnesota ballplayers.

Coercion was used to manipulate individuals since this virus leaked from the Wuhan Lab and has continued to forcing healthy individuals to take a vaccine that they do not want. These athletes are some of the healthiest people in the world and can make their own decisions. We are not children of Government, we are children of God that were given free will.

Souhan argued that Kirk Cousins’ COVID infection and refusal to get the shots led to the removal of Coach Mike Zimmer! What a load of BS! Even Bill Gates is admitting that the clot-shots are not effective in preventing infection and spreading. If the globalist Elites can admit defeat, this low level sports journalist can too.

Action 4 Liberty stands with the Twins and Vikings athletes who are fighting for their freedom despite massive pressure. Their dream jobs are threatened by power hungry pencil-neck geeks. No vaccine should be mandates, especially when it doesn’t work. Keep fighting the good fight!