The Mask Mandate Bill that was introduced earlier this week by 13 Democrat legislators is part of a grander plan to make Walz' emergency powers permanent. On January 7th, Walz sent a letter to the legislature demanding certain provisions of his unilateral orders be implemented into law before he considers giving up his self-declared emergency powers. He, in fact, is holding the Minnesota Legislature and our Republican form of government hijack with a list of demands. 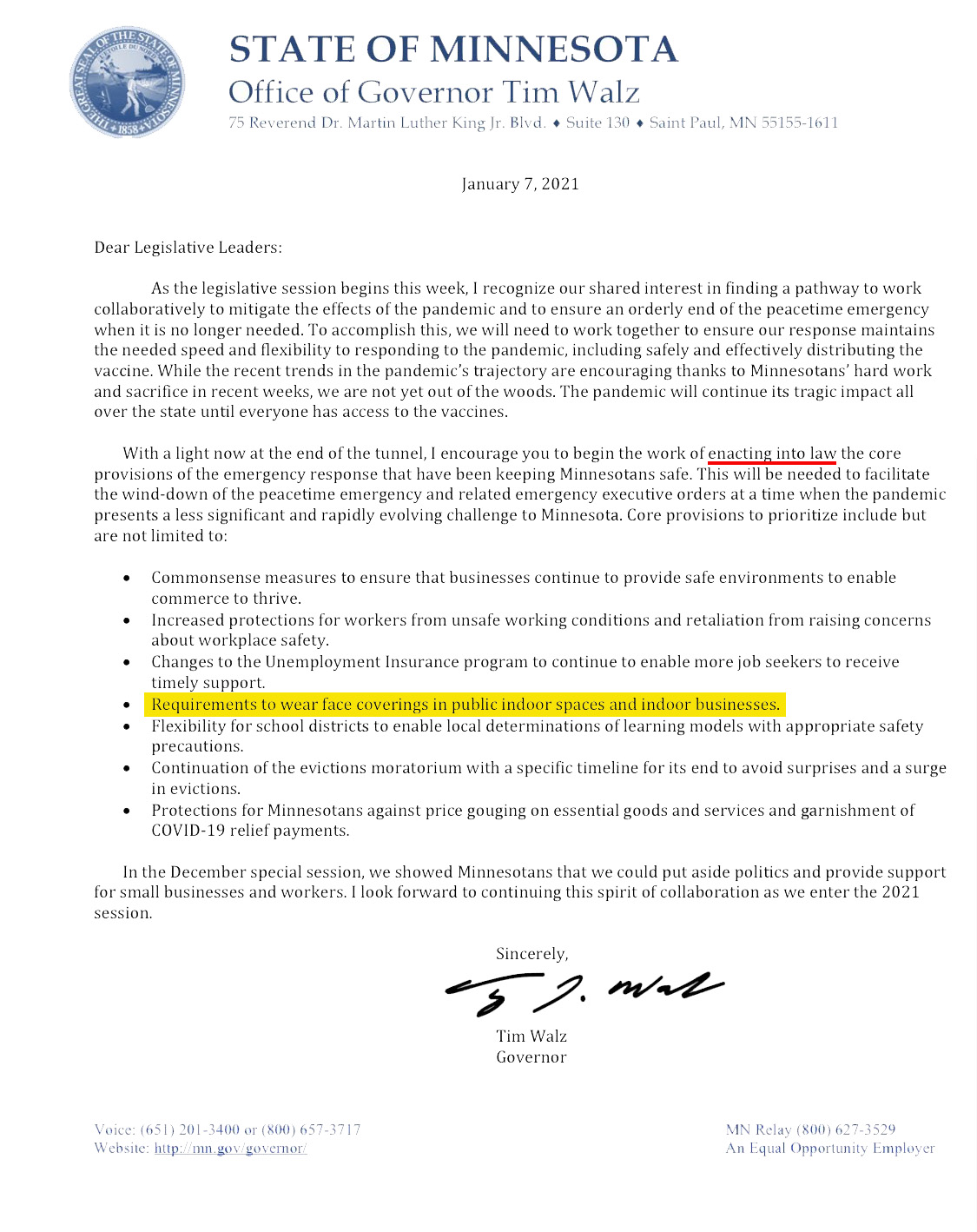 Most of his demands stand little chance of passing the Minnesota House and Senate due to their deteriorating popularity. The Democrat establishment is putting on a show for the public, acting like they are trying to work with the Governor, when in reality, they have no interest in restoring the legislature's powers to create laws. Their agenda moves much faster when their Governor can just create the rules by himself. And with a legislature that is able to meet remotely to conduct business, having emergency powers concentrated under one man is nothing more than convenience. Constitution be damned!

Sick of these politicians usurping their power and trying to get more control over your life? This whole thing could come to an end right now if FOUR DEMOCRATS in the legislature would join the Republicans and VOTE YES on Rep Erik Mortensen's End Walz' Emergency Powers Resolution. The destruction of Governor Walz' unilateral orders would come to an abrupt end and the mask mandate bill would essentially be stopped in its tracks. If you haven't signed the petition to End Walz' Emergency Powers, please join the tens of thousands of Minnesotans who signed: SIGN HERE.

Want more details on how to help, SEE WHAT WE ARE DOING ABOUT IT!