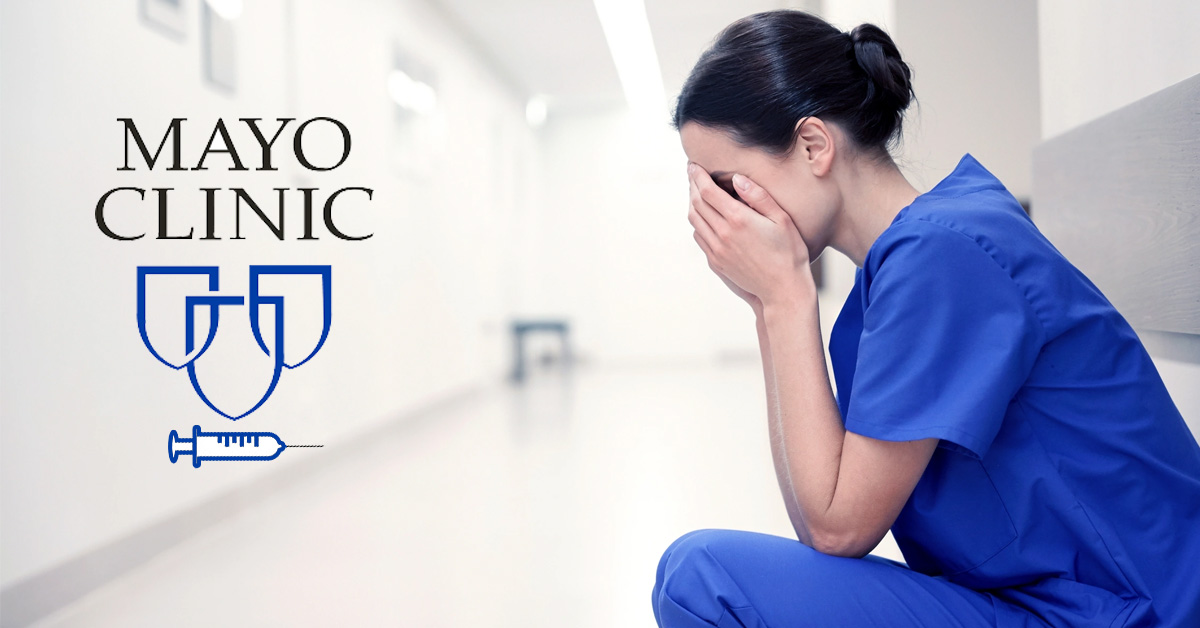 Mayo Clinics just fired thousands of health care workers for refusing to take part in a mass vaccination experiment against their wishes. During the largest health care worker shortage of our generation, Mayo decided to delve into the politics, instead of following actual science or ethical business practices. Now nurses and other staff are left without a job and the strain on the health care system will intensify.

It's not difficult to understand why a health care worker would refuse to take part in the experimental jab that has no long term data on risks. Vaccines should all be measured from a risk vs reward viewpoint - and the rewards of the vaccines become less clear by the day. First of all, the jab does not prevent a person from getting or spreading the disease. What was once called a "breakthrough case", has become common place. Even Governor Walz himself recently got COVID despite his constant mask wearing and triple vaxxed status.

Furthermore, natural immunity offers far superior protection against COVID than the vaccines according to a study conducted in Israel. Many of these health care workers who served on the frontlines of the early pandemic, got COVID and recovered. But Mayo did not seem to care about the science on that one.

The risks of the vaccines are concerning, but few understand them since government, Big Tech and the Medical Establishment does everything possible to silence and censor any information that shines a bad light on the vaccines. In a recent podcast with Joe Rogan, Dr. Robert Malone (a developer of mRNA vaccine technology) explained the issues with the vaccines which include unexpected spread to ovaries in women and myocarditis in young men.

How many Mayo employees have been terminated is unknown. According to the Rochester Post Bulletin, "Mayo Clinic did not answer any questions on Monday morning about the number of unvaccinated employees it has. [...] On Dec. 3, Mayo Clinic reported that 93 percent of its 73,000 employees across all of its campuses had been vaccinated." If that ratio still existed as of January 3rd, over 5,000 total employees would've been fired.

One employee who was terminated after a 20 year career is the wife of former gubernatorial candidate Mike Marti. According to Marti, religious exemptions were not honored. Gubernatorial candidate Dr. Neil Shah hosted a FB Live with Marti yesterday to discuss the lunacy of the vaccine mandate policy.

At Action 4 Liberty, we will continue fighting for your health freedom against Governor Tim Walz and Crony Establishment hacks who want to force you to get the experimental jab. If you want to Stop Vaccine Mandates in Minnesota, attending your precinct caucus is the most powerful way to get immediate results.

LEARN HOW TO STOP VACCINE MANDATES