In an interview with Kyle Hooten of Alpha News, former Senate Majority Leader and now candidate for Governor, Paul Gazelka, addressed why Senate Republicans and Governor Walz have not agreed to a Special Session. According to Gazelka, Senate Republicans were appealing to the Governor to peel back government and private mandates on workers. "[Senate Republicans] wanted to provide more options for people who are being forced to be vaccinated, through their work or the government" said Gazelka.

This is in stark contrast to what Senate Majority Leader Jeremy Miller stated in his letter to the Governor last week. Senate Republicans are refusing to push healthcare freedom for ALL workers. Instead, they narrowed their focus to the government mandate on state employees only. This is a big sell out since people all across the state are currently being terminated from their jobs for refusing to get the jab.

So why is Gazelka saying that Republicans are demanding more? He's essentially stating a demand for the tenets of the Stop Vaccine Mandate Amendment, which protects the health freedom of all Minnesotans. But that hasn't manifested into any public demand from the Senate Republican Caucus.

Here's the video of Gazelka's statement:

Here's the recent letter from Senate Republicans to the Governor that does not do what Gazelka stated in the video: 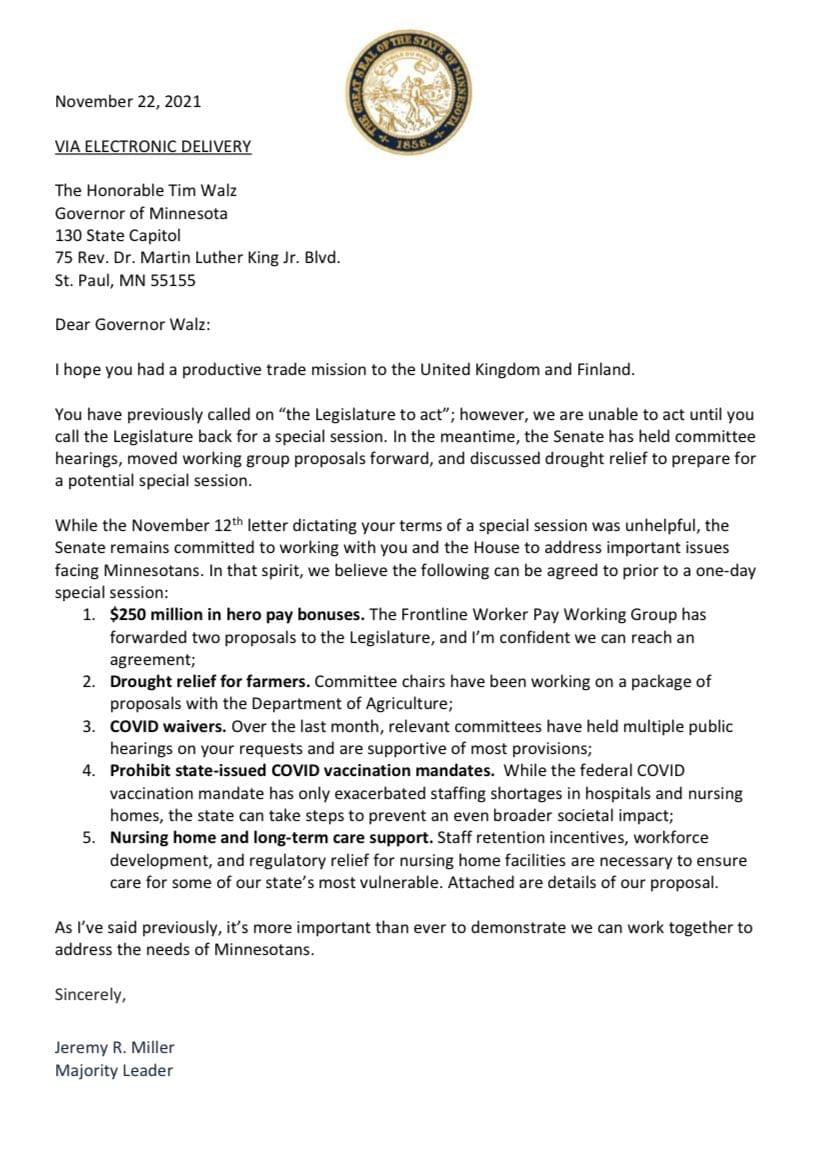