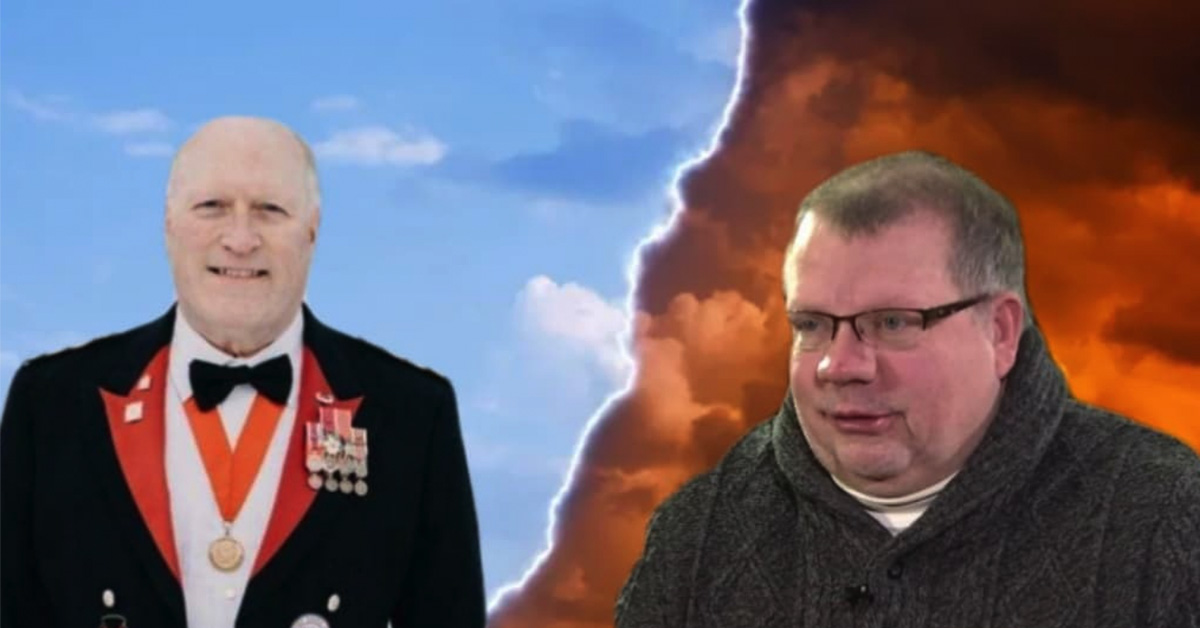 True conservatives demand fairness; We want clean and fair elections without manipulation, tampering, or backroom deals by party insiders to tilt the scale. Win or lose, election integrity is the priority of the GOP base. Ultimately, a lack of fairness is a sign of weakness. If the Establishment can’t beat you, they will try to cheat to win.

This is happening right here in Minnesota in the GOP. Action 4 Liberty has been documenting and investigating the various fraud and corruption displayed by Morrison County for Senate District 10 and House District 10A. This has included: 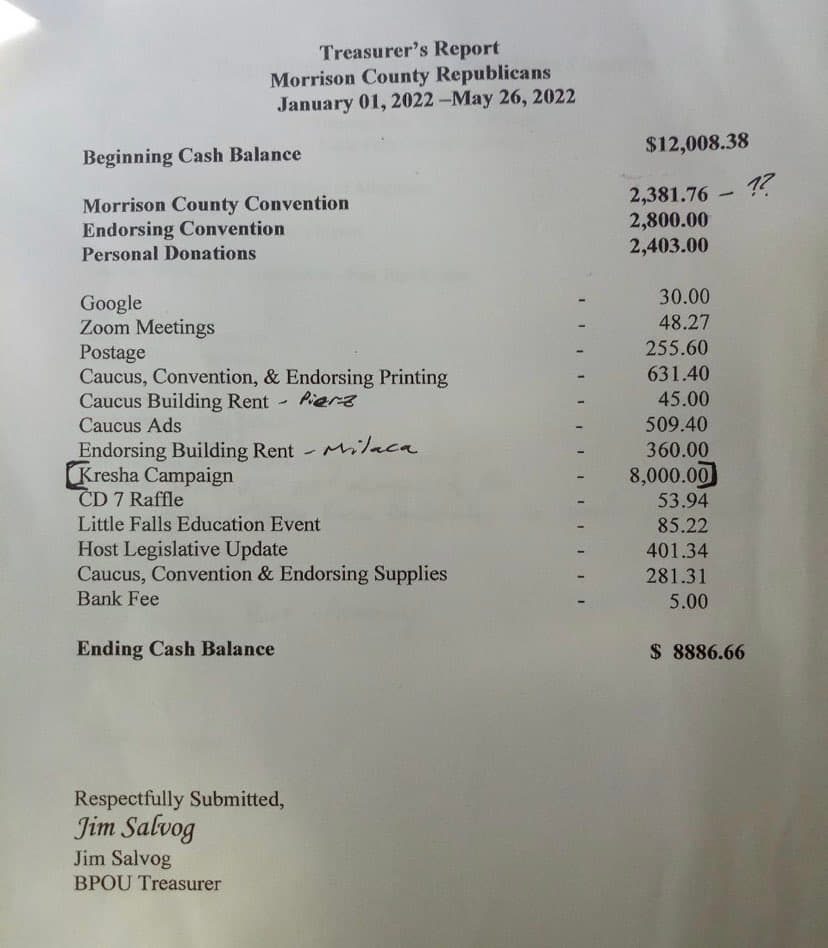 Let’s lay out the players here: Mandy Heffron is the chair of the BPOU, Jim Salvog is the Treasurer, Ron Kresha is a career politician, establishment State Representative, and Chuck Parins is a 30 year Army veteran who is challenging Kresha in the Republican primary. The Campaign Finance Board shows the following for leadership of the Morrison County GOP:

Also according to the Campaign Finance Board, Jim Salvog, who should be acting as a neutral arbiter of the GOP, serves as Ron Kresha's campaign treasurer and was also prior to the Endorsing Convention! He is blatantly corrupting the Endorsement and primary process. See evidence below:

According to the MNGOP Bylaws and the Morrison County GOP Constitution, no party officer is allowed to display a preference for a candidate before the primary. Jim Salvog is breaking his own rules! Below see Article III, Section 7 of the Morrison Constitution and Article IV, Section 8 of the MN GOP Bylaws.

Chuck Parins has been facing targeted obstacles since announcing his candidacy. The Endorsing Convention leadership refused to recognize him as a candidate. He was not notified of this until the Convention. Despite this, Parins could have been nominated and endorsed by being written in. This is guaranteed to all eligible candidates qualified by law to serve the office in both the MNGOP Constitution. See Article V, Section 3, Subsection 3 below: 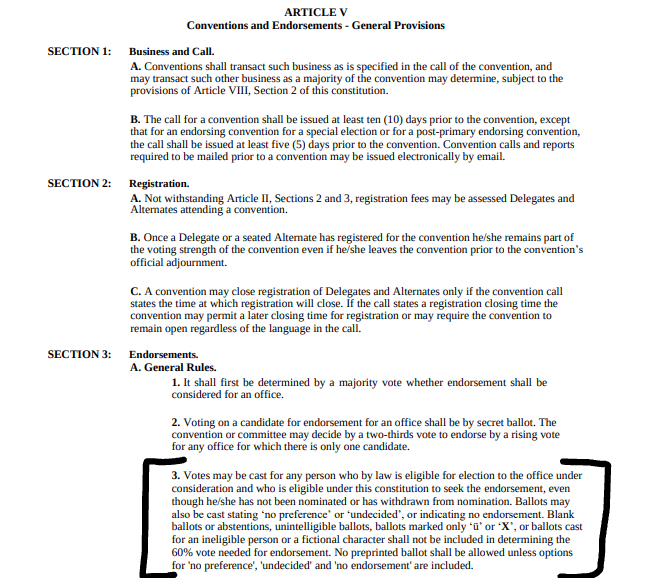 This is not the first time that Kresha has been shown favor by the Morrison BPOU. They previously bankrolled his campaign $2,000 while Jim Salvog was both the County and campaign treasurer. That is extreme corruption and should not be tolerated. See evidence below:

The real question is, why are they so afraid of Chuck Parins? Is he not a clean-cut, conservative, veteran, with a good head on his shoulders? Why is Ron Kresha so desperate to cling onto his power? Why would Kresha accept money that the party Constitutions say he can’t?

Unlike the Establishment, we do not smear people with lies. We tell the truth, provide evidence, and ask questions. We call out corruption, even when it is inconvenient. We must always demand election integrity and transparency. As it stands, the Morrison County GOP leadership has no intention of delivering that to Republicans but they are only doing it because they are weak and losing. Conservatives and liberty warriors have reclaimed the GOP and they’re not letting go!

Action 4 Liberty commends the efforts of countless champions battling the corruption of Mandy Heffron, Jim Salvog, and Ron Kresha in Morrison County! Don’t ever forget, you are winning the fight and Minnesota will be made free again!