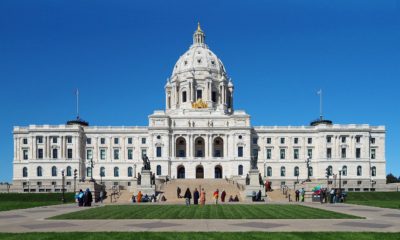 We keep hearing on the campaign trail from Republican leaders that government is too big, but when push comes to shove, it seems like they always end up growing it even bigger. Now Minnesota is faced with an excellent opportunity to shrink the size of government by conforming to the new Trump Tax cuts, but word on the street is that Speaker Kurt Daudt wants to go the other direction and grow government.

If you aren't aware, odd years in the Legislature are meant to be budget years.  Last year, the Legislature increased the two-year budget by 9.5%, a whopping $4 Billion of growth. This session, the Legislature is supposed to focus on policy changes, but they have come across almost $700 million more dollars in tax revenue than original projects due to Trump’s federal tax changes (which currently don't align with Minnesota tax laws). Thousands of Minnesota taxpayers are paying more in taxes.

You are being over taxed!!

The February economic forecast projected a $329 Million budget surplus.  In other words, the government is overtaxing you by a lot of money. The $329 Million Budget surplus should be returned to the taxpayers,not spent.

Unfortunately, Republican Kurt Daudt is caving to Mark Dayton and looking to spend it on more government, more wasteful projects and more pork. The Legislature should not spend one more dime of taxpayer money this year. State government is already operating under a bloated two-year budget.

Call your legislator today and tell them to give the surplus back and reduce spending. Don't cave to liberal Governor Mark Dayton and Speaker Kurt Daudt.

A bill introduced by Rep Jerry Hertaus (R - Loretto) would reduce marginal income tax rates for Minnesota taxpayers by up to 18% (HF3811). Tax policy is a big issue this year at the State Capitol due to the passing of the federal tax law. Currently, if the legislature does not pass any new law, Minnesota tax filers will have to file additional forms with the MN Department of Revenue and some will have to pay more in taxes. Efforts are moving through both the House and Senate to conform to the new tax law.

Hertaus' bill would cut all marginal tax rates, giving taxpayers across the board a reduction. Here's a sample of the cuts for married couples filling jointly:

HF3811 has five coauthors, including the chairs of the two House Tax Committees. Action 4 Liberty has added this bill to our watchlist on mnscorecard.comand calls upon House Leadership to pass the bill.

The companion bill in the MN Senate is authored by Sen Roger Chamberlain, chair of the Senate Tax Committee.

Republicans Should Hold Line on MNLARS

Governor Dayton on Tuesday pledged to veto the House version of the Minnesota Licensing and Registration System (MNLARS) fix. On Monday, a Senate bill and House bill both passed that contained a one time appropriation of $10 Million to keep the project going. The Dayton administration stated it would need $43 Million to complete the project that already cost taxpayers $93 Million and was suppose to be working last summer.

The major difference between the House and Senate version is where the money comes from. Both GOP bills take money from current appropriations, with the Senate bill getting the money from a reserve account. However, the House bill goes outside of the agency and gets the $10 Million from the Dayton Administration's budget.

Governor Dayton is a typical politician who wants no accountability. After wasting massive amounts of taxpayer money, it's only prudent for his Administration to bear the costs. We encourage Republicans in the Conference Committee to hold strong on this issue. If Dayton vetoes the bill, he will have to own this problem for the last year of his time as Governor.